According to recent information, Honda has already started working on the 11th gen Civic range and now for the first time spy photos of a camouflaged Civic Type R prototype have surfaced the internet giving us first glance at the all-new 11th generation Civic lineup that is expected to make its debut later this year. 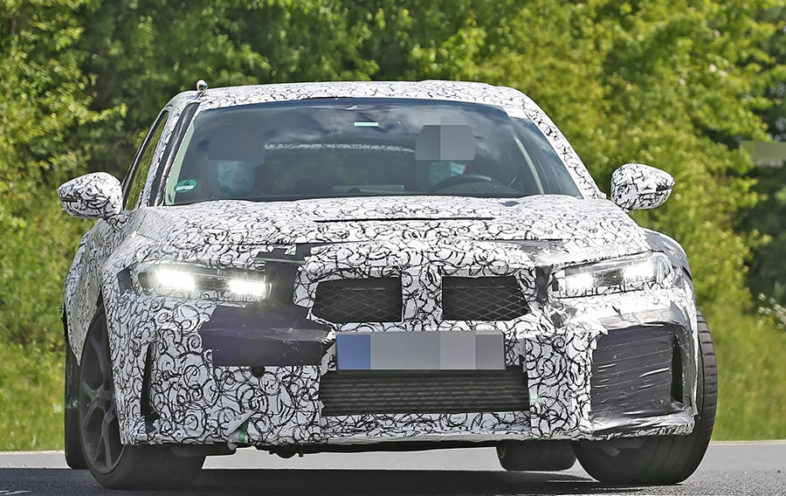 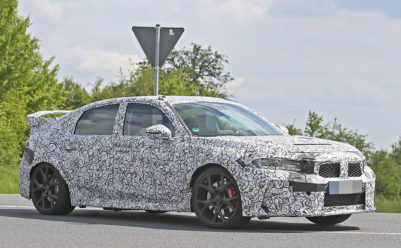 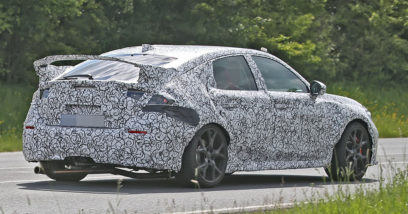 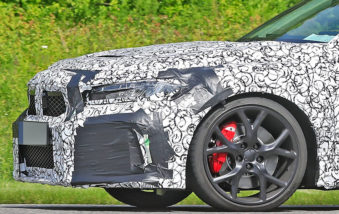 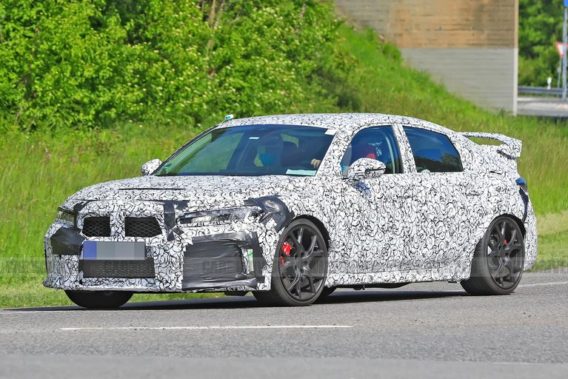 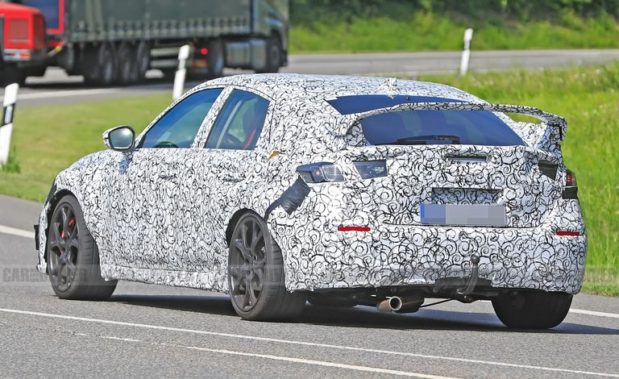 Industry reports claim that the new Civic will ride on Honda’s new global platform, so we may be looking at a massively overhauled model to take advantage of global synergies. The camouflage hides the finer degrees of surface development, but it looks like this prototype has less overt styling compared to the current Civic Type R. What we can notice is relatively longer & wider dimensions with car sitting low to the ground, a massive rear wing, and deep front-fascia, side mirrors relocating back to the doors, and chunky wheels and tires. 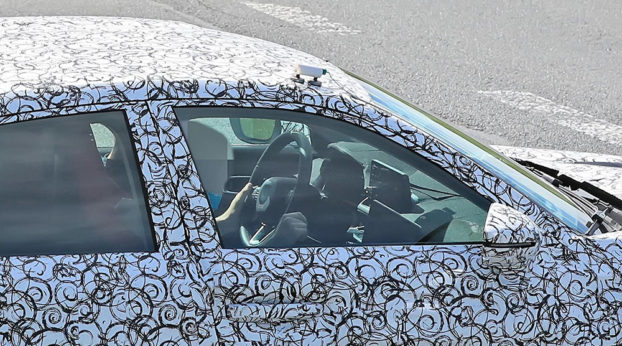 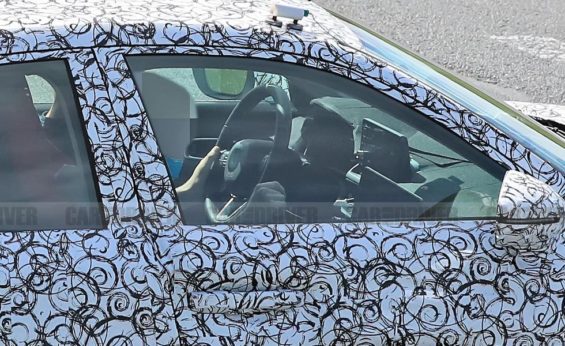 The interior is also visible in one of the picture which shows a redesigned dashboard with a floating touchscreen unit & new steering wheel as well. There is no information about the powertrain options yet but the new Civic Type R is likely to get a turbocharged as well as a hybrid option as part of Honda’s plans to electrify its future range of cars.

Usually Honda would release regular Civic sedan and coupe before the high-performance variants take shape, however it appears that Honda is flipping the script this time around with Type R taking the lead in development. Although the all new 11th gen Civic Type R is expected to make its debut later this year, it will likely go on sale starting from next year.