Dongfeng-Honda has launched the 10th gen Civic facelift in China. As with the pre-facelift models, the new Honda Civic facelift is available in two engines, one with 1.5 liter turbocharged four-cylinder engine designated as 220T and a smaller 1.0 liter three-cylinder turbo engine called as 180T.

While the pre-facelift Civic was available in 6 trims, the facelift is available in 8 configurations, and gets an addition to color palette including a new flashing yellow color. The Civic gets a series of practical functions to enhance the sense of value, bringing more rich and personalized choices to consumers. The new Honda Civic facelift in China is priced between 119,900 yuan (PKR 26.63 lac) for the base variant to 169,900 yuan (PKR 37.32 lac) for the flagship variant. 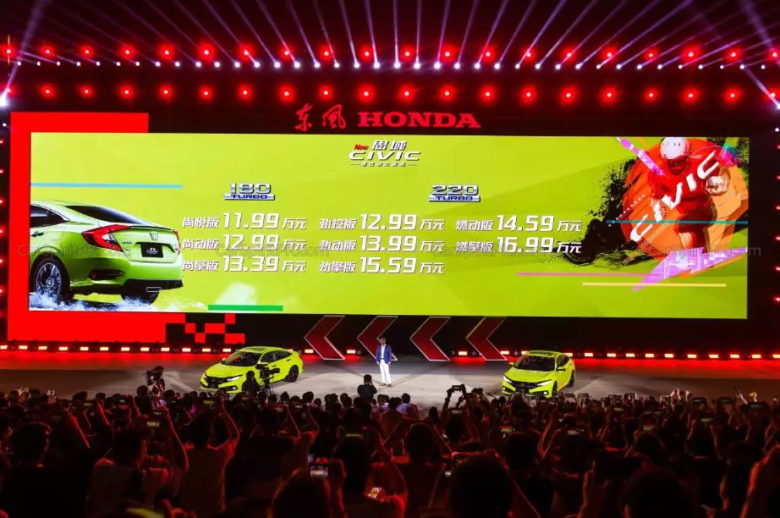 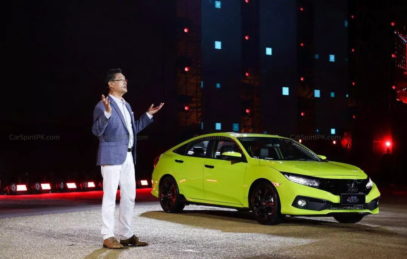 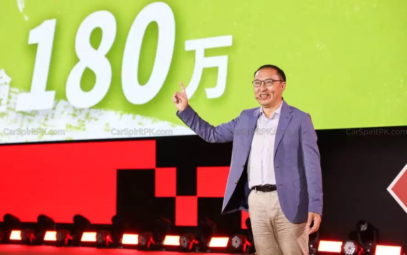 The 2019 Civic facelift in China looks pretty much like the ones in USA and Thailand, but with minor differences. The upper part of front fascia wing is painted in black. The layout of the lower fascia has also changed; the vents are now integrated into a single unit rather than separated into three sections. Depending on the variant, the ‘wing’ on the grille as well as the garnish near the fog lamps is finished in either chrome or piano black.

There aren’t many changes to the rear end, other than a diffuser and a large centrally placed exhaust finished in chrome, that’s found in Sports version only. The standard variants will come with 16″ wheels while the Sports version will have 17″ ones. 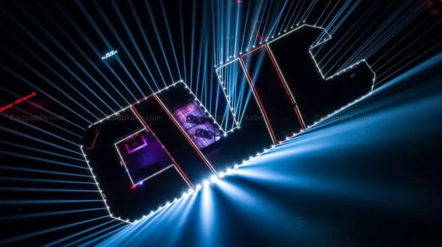 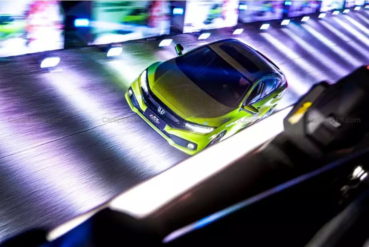 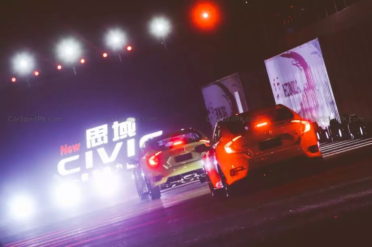 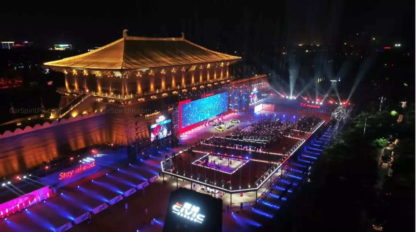 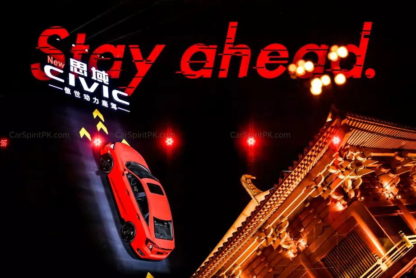 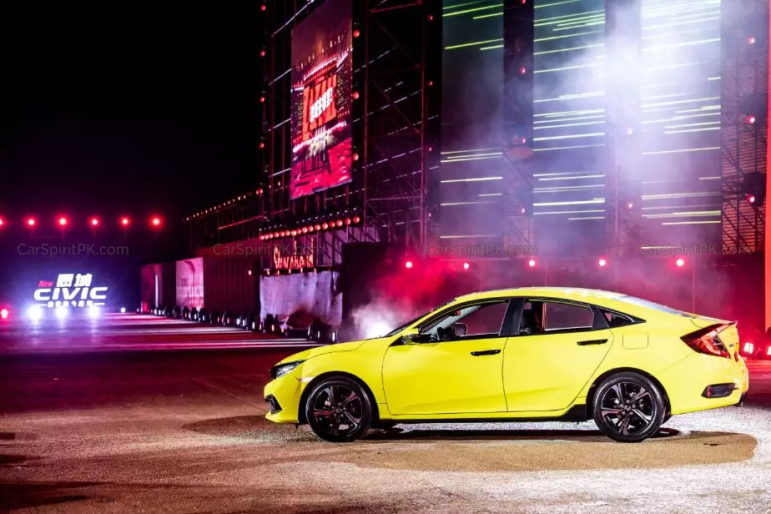