Al-Haj Automotive: The Pursuit of Excellence

Pakistan’s Al-Haj Group is climbing up the ladder of success at a rapid pace as it seeks to become the most exclusive business conglomerate on national as well as international level. This success comes from its entrepreneurial roots and steadfast vision of pursuing excellence in all areas of the business.

The first Al-Haj company was launched in 1960 by the late Haji Sakhi Gul in District Peshawar, with the initial business focused on the trading of tires, textiles, electronic goods, logistics and leasing. Since then, the group has expanded into automotives, real estate, oil exploration and the Al-Haj foundry.

Related: Why FAW is Able to Survive in Pakistan

Then under the guidance of Mr. Haji Shah Jee Gul Afridi, Chairman of Al-Haj Group, in process of continuous growth, the organization delivers innovation and standards of excellence in its chosen fields to not only leave a lasting impression in these markets but also to bring in millions of dollars’ worth of foreign investment and to contribute significantly to the national economy.

A vital part of Al-Haj’s success story is its advancement into the automotive industry. Incorporated in October 2006, Al-Haj FAW Motors has a strategic partnership with FAW Group Corporation, a Chinese, state-owned automotive manufacturing firm with a history dating back to 1953. Al-Haj FAW is the sole distributor and progressive manufacturer/assembler of FAW Heavy and Light Commercial Vehicles and passenger cars in Pakistan.

State of the Art Assembly Plant

The company started its operations in Pakistan with 7 acres of land in 2006, whereas it now has an operating land of nearly 35 acres. Al-Haj FAW has injected more than 600 million into their plant near Zulfiqarabad Karachi. The investment is focused on modern assembly line, extended warehouse facilities, a new paint shop and ED coating plant to standardize the OEM process and increase the life span of the end product. 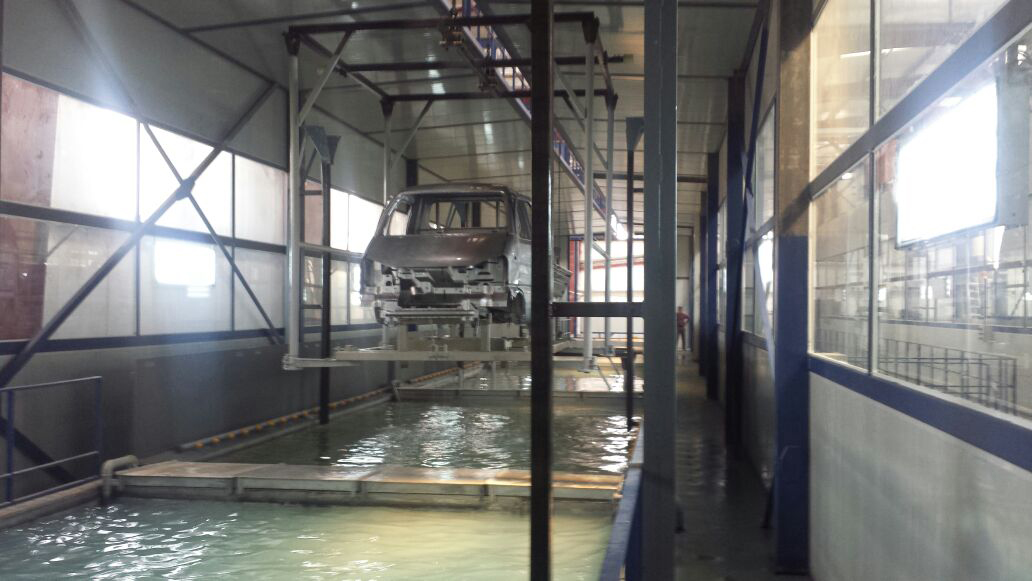 Since this investment, the company has been on par with any automobile assembler in Pakistan when it comes to production. In terms of assembly, the company has the only assembly line in Pakistan where Heavy Vehicles and Light Vehicles are assembled under one roof, while the tester line ensures assembled vehicles pass stringent quality checks and adjustments that conform to international standards. With the inspection line imported from Italy, customers can trust they will receive a good quality vehicle with zero defects at a competitive price.

And with FAW becoming the fastest growing automotive brand in Pakistan, FAW heavy vehicles have become the first choice for leading petroleum companies such as Shell, Total, Chevron and Pakistan State Oil. 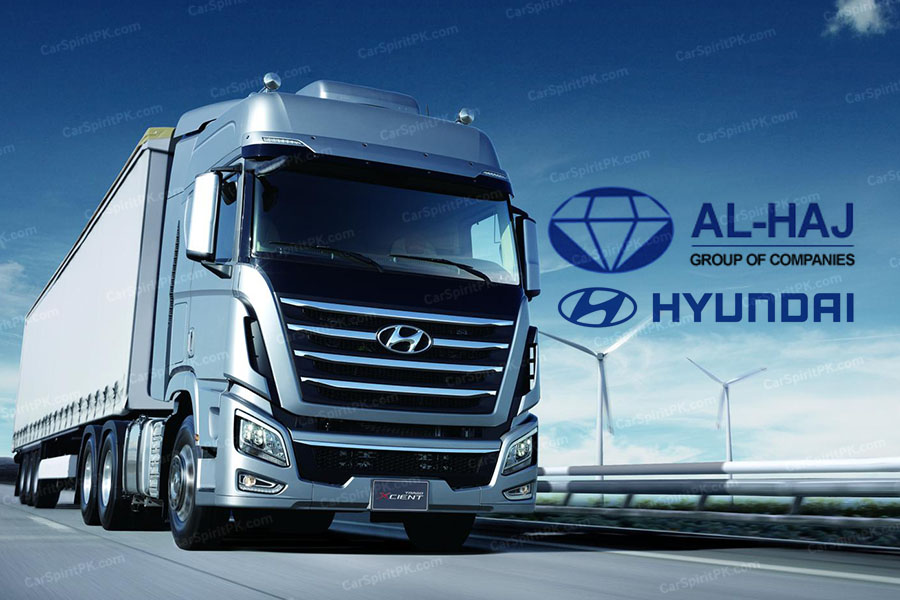 In 2017, Al-Haj group signed an agreement with Hyundai Motors to assemble & distribute Heavy & medium trucks and luxury buses in Pakistan to lead their progression in the automotive industry. Al-Haj Group’s expertise and knowledge of local automobiles market, corporate rules and regulations, human resources, marketing tactics combined with Hyundai as a worldwide renowned brand famous for its innovation, safety, and quality is making raves in the heavy-duty truck and bus market as it meets the demand and supply chain very well. 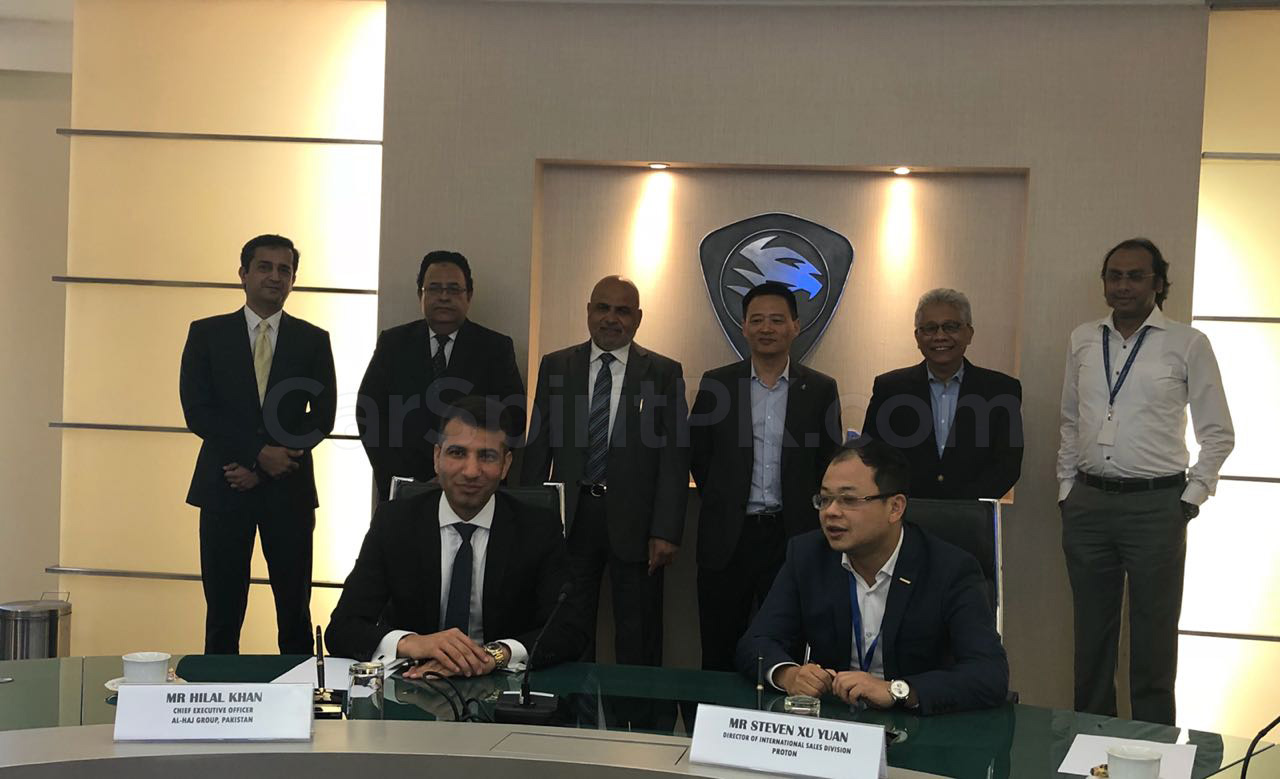 In August, 2018, Al-Haj expanded further by signing an agreement with Malaysian automaker Proton for exclusive assembling and distribution of Proton vehicles in Pakistan. Through this agreement, Al-Haj will introduce modern and technologically advanced Proton vehicles including hatchbacks, sedans, crossovers, SUVs and MPVs in Pakistan. The groundbreaking ceremony of Al-Haj Proton plant was held in March 2019 whereas the first locally assembled Proton vehicles, which will be the 1.3L Saga sedan will roll off the assembly lines by June 2020.

As Al-Haj Automotive seeks to become a market leader in Pakistan’s automobile industry, they will continue to invest in equipment and machinery while also boosting its dealership network to ensure customers are not only satisfied with the quality of their vehicles but also the service they are provided. With this customer-centric ethos stretching throughout the diverse branches of Al-Haj, the group is certain to continue achieving many milestones in the years to come.