The first local assembled Changan vehicle, the Karvaan 6+2 seat minivan rolled off the assembly lines today– the 2nd of May 2019. The feat was achieved in just 13 months, which is record time for any Greenfield auto manufacturing plant in Pakistan.

Changan’s assembly plant built in Karachi has a production capacity of 30,000 vehicles per annum. In the initial stages of operations along with the Karvaan minivan, the M-8 and M-9 commercial pickups will be assembled locally. The CBU versions of these vehicles are already being sold in Pakistan via Changan authorized dealerships. 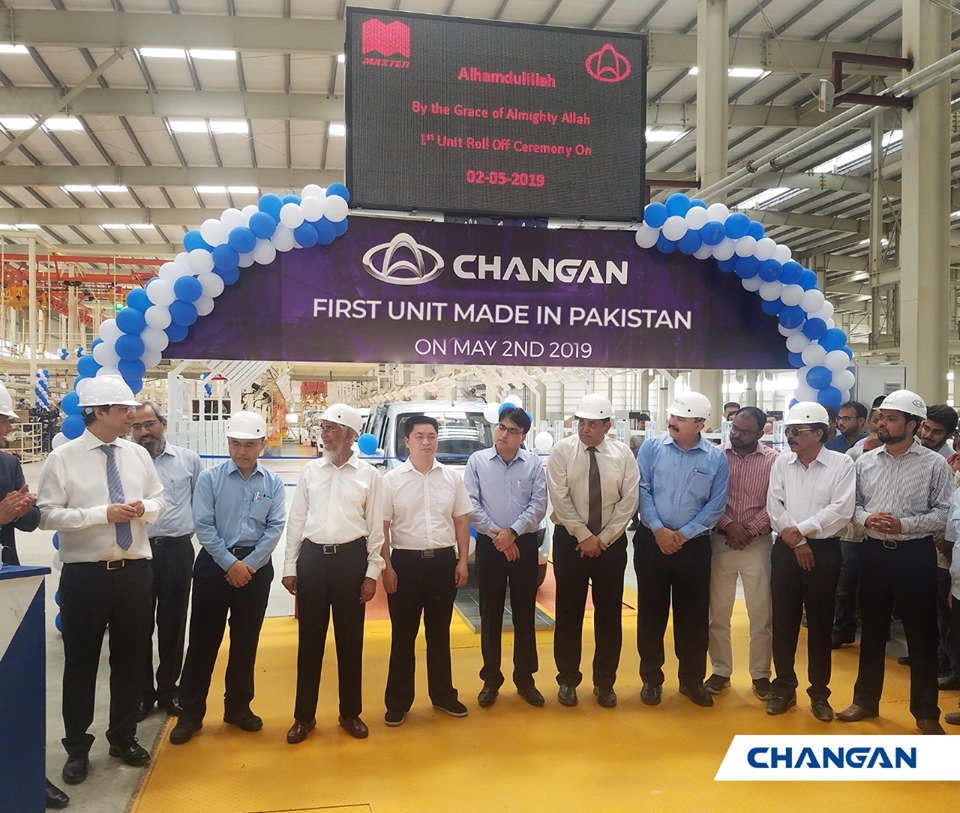 According to Danial Malik, the CEO of Master Motors:

Changan has selected Pakistan as a strategic export base for right-hand drive (RHD) markets which means that vehicles produced in Pakistan will be sold to Changan’s distributors in South Africa, Malaysia, Indonesia and other RHD countries.

Danial Malik added that they have already initiated the process of intensive localization, which will help promote and uplift the local industry and as a result, lower the cost of manufacturing to better compete in regional markets.