In the ongoing appalling slowdown in automobile market, the worst being hit is undoubtedly the old papa Bolan. Having sold 3,778 units in the first three months of previous fiscal year, the Bolan is witnessing a -73% decline in sales with just 1,106 units sold in the same period in FY2019-20.  The average monthly sales of Bolan during the previous year were 1,260 units, which has now dropped to just 368 units a month.

Being in production for like 40 years, Pak Suzuki has the courage to price this ancient piece of history at PKR 10.5 lac– that’s right, you need to be a millionaire to buy one. Not to mention how many features Pak Suzuki has taken away from this invention, while the built quality is to die for– quite literally.

You do realize this when you take a look at the original Suzuki Carry that came into existence back in 1979. It was way better built and better equipped than what Pak Suzuki produces today. The Japan assembled 1979 Suzuki Carry came equipped with better seats, better upholstery, beige interior, floor carpeting, chrome door handles, chrome linings, key lock at passenger side door, fan/ heater, radio cassette player with telescopic whip antenna, back wiper and rear windshield defrosters etc, all of which have been stripped off the local assembled Bolan which continues to be sold even after 40 years against mind boggling price at PKR 10.5 lac.

Sales of Bolan have been well supported by various government schemes in the past, however without such support in current circumstances its sales are nose-diving especially in presence of competition from the likes of FAW X-PV, Changan Karvaan and Prince K07 van which offer better utility and value for money than the decades old Bolan.

The Suzuki Carry was first introduced in 1961 while Pak Suzuki Bolan is actually the 7th generation model that was produced internationally between 1979 and 1985. The Carry is currently in its 11th generation which received a thorough revision earlier this year. It was unveiled at the 27th Indonesia International Motor Show in April and as per reports will be exported to nearly 100 countries across the globe. 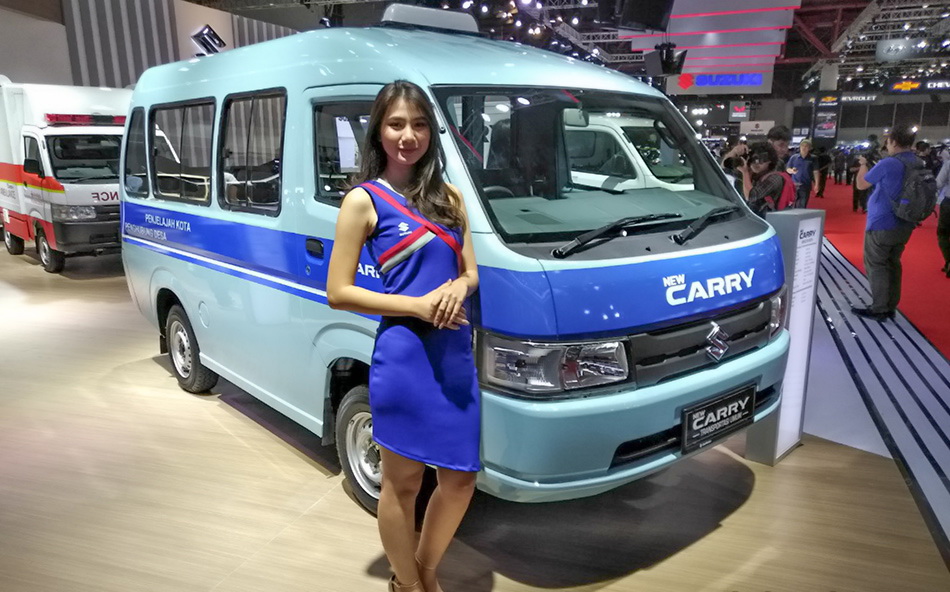 Nobody knows for how long Pak Suzuki is going to continue with the 1979 Bolan, however only time will tell whether Pakistan is included in those lucky 100 markets where the 11th gen Carry is supposed to be launched.