The much anticipated Hyundai Santa Cruz pickup has once again been making appearances in various automotive news portals ever since its spy shots appeared last month where its production body shell was being transported in a Hyundai factory. 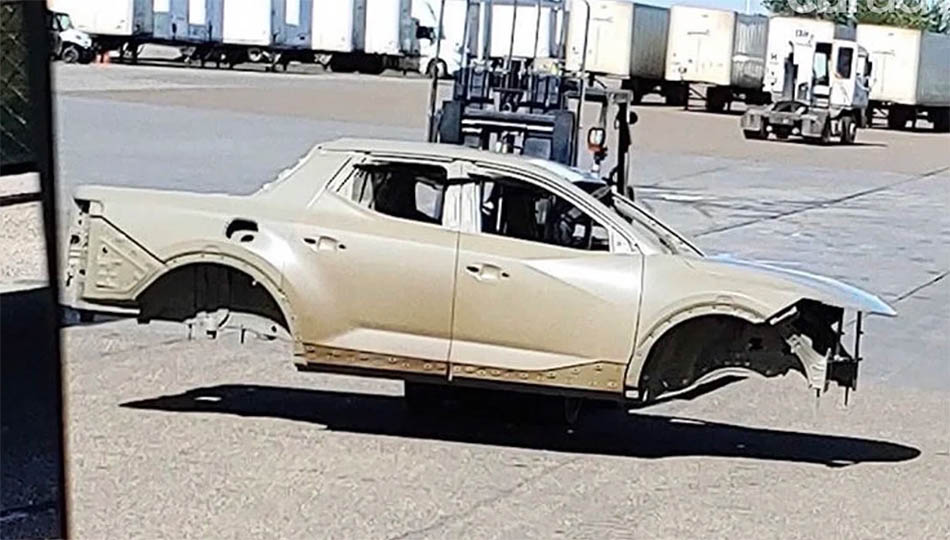 Based on that, the Russian portal Kolesa.ru has come up with speculative renderings giving us a good idea to know how the Hyundai Santa Cruz pickup truck will look like. Staying true to the Sensuous Sportiness design theme, the Santa Cruz pickup will feature similar creases as found in the latest Elantra sedan as well as the upcoming Tucson SUV. While the front end is reminiscent to the upcoming Tucson, the rear end gets a similar treatment as that of new Sonata & Santa Fe. 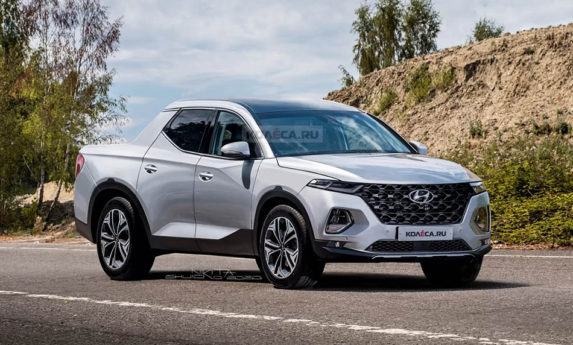 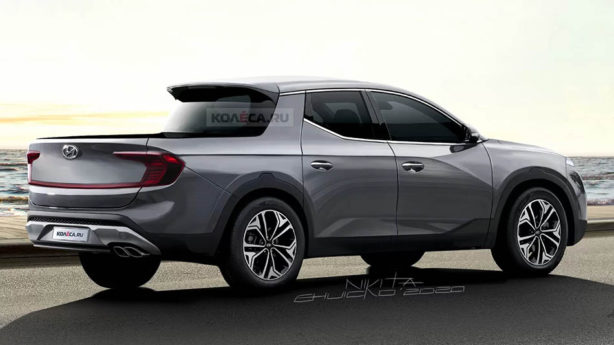 According to Hyundai, all of its future designs including sedans & SUVs will be embodied by this design theme. Defined by the harmony between four of the fundamental elements- proportion, architecture, styling and technology, its aim is to bring instinctive beauty and create emotional value and desirability in Hyundai vehicles.

According to reports the Hyundai Santa Cruz pickup truck will go on sale starting from USA somewhere next year. Reportedly Kia is also preparing its own pickup truck based on the Santa Cruz. However as per reports, the production version won’t make an appearance before 2021.