Considering EVs Pakistan is far behind from other countries in terms of transitions to Electric Vehicles and EV charging infrastructure. But the government has kept encouraging the population and investors by highlighting the importance of EVs and their keen interest in bringing EVs into the country by attracting investors by its EV policy. Also, the public hype and liking for the EVs were a major plus for the launchers.

Following this trend, some of the investors launched imported electric vehicles in the country targeting the elite class . These are the only two all-electric vehicles launched yet in Pakistan by German auto manufacturers. This was a wise decision because people have a huge liking for German cars. There are many successful fan pages promoting luxury and sports vehicles owned by the people. Without further ado let’s get into the details of electric vehicles introduced in Pakistan. 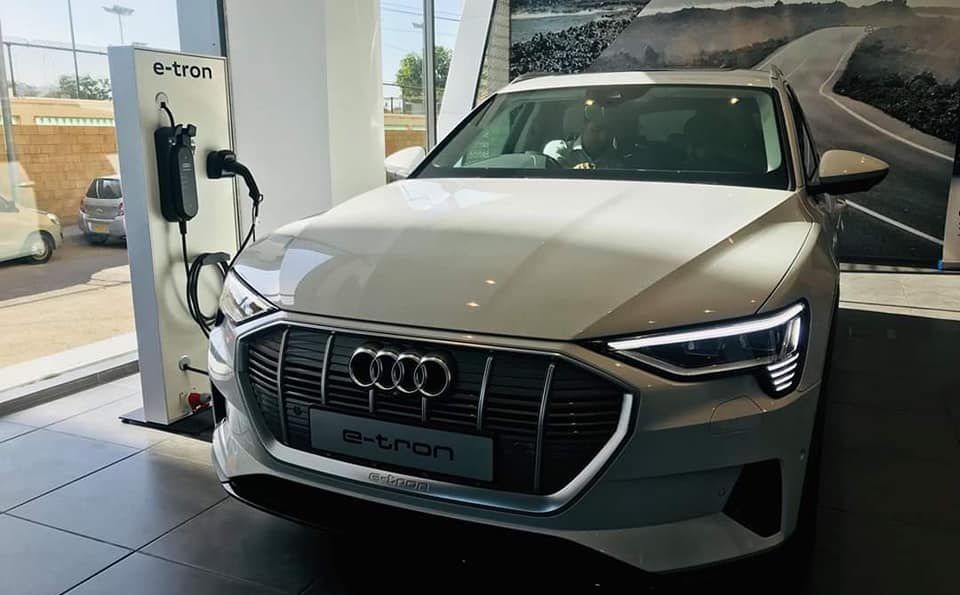 This SUV based on the LMB platform falls in the mid-sized luxury SUV category.  Launched in 2018 it became the first electric vehicle in Audi lineup. Later on, Audi E-Tron Sportback made its debut in 2020 which promised a coupe design with compromise on headroom and boot space. But this version hasn’t been launched in Pakistan yet.

Internationally, there are two variants available for the consumers 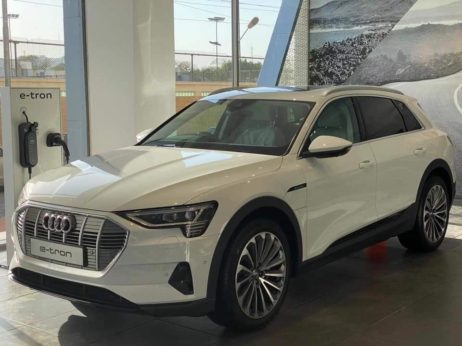 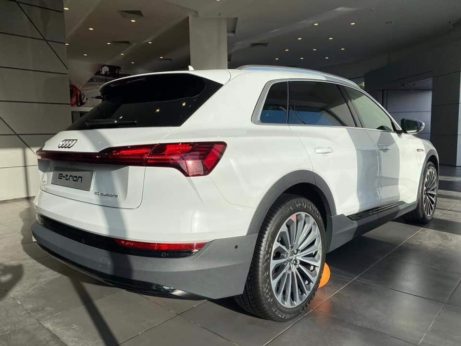 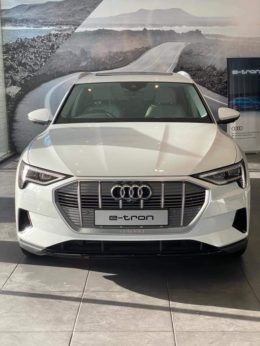 Audi Pakistan has launched the 50 Quattro 230kW in the country with certain colors and trim combinations. The company provides completely imported CBU Units for the customers. It has no manufacturing facility in the country yet.

You can choose between three metallic colors

Interior combinations include white or beige leather upholstery while grey wooden trim is standard across all models. The vehicle comes standard with 21-inch turbine-style alloy wheels. International variants come equipped with side cameras instead of mirrors but this feature didn’t make it to the Pakistani variant. 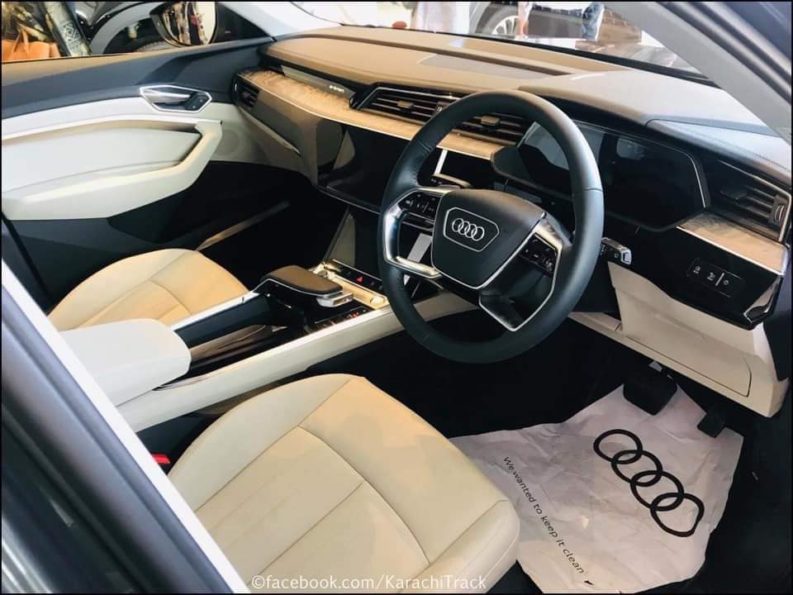 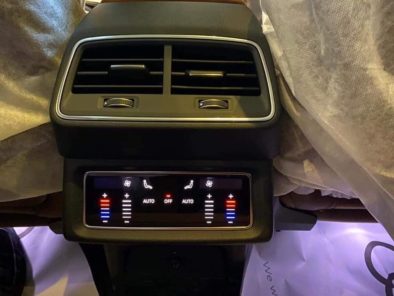 The car comes standard with matrix LED headlamps with cool lock and unlock animations. It comes equipped with adaptive air suspension, four-zone climate control and a panoramic glass sunroof. It also has anti glare rearview and side view mirrors. The car has 3 screens including a 12.3 inch Audi virtual cockpit display, a 10.1 inch infotainment, and an 8.6 inch screen for climate control. All around 360 degree cameras come standard in the vehicle. Both the driver and passenger seats are electrically powered and have lumbar support while the driver seat is memory. 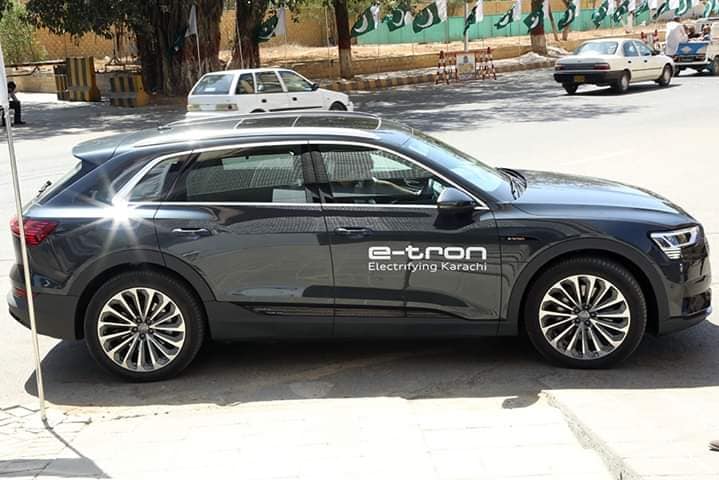 The length, width, and height of the car are 4901mm, 1934mm, and 1616mm respectively. This provides it with a wheelbase of 2928mm. It has a curb weight of 2565 kg. Boot. space is around 605 liters which is the best in its class which expands to 1665 liters with the seats down. The asynchronous dual-motor setup is powered by a 71 kW Lithium-ion battery pack. It churns out 174 hp and 310 Nm of torque which propels it from nod to 100km/h in 6.8 sec. Being an electric vehicle it has a low center of gravity which assures promising road grip and driving pleasure.

The Audi Pakistan has priced the car at 155 lacs. This seems a value to money vehicle with promising features and latest tech considering the fact that the likes of Hyundai Santa Fe available for PKR 185 lacs in our country.

BMW Dewan Motors has launched the range extender i3 also known as i3 Rex in Pakistan. This vehicle is being produced globally since 2013. This vehicle is known for its futuristic hatchback design and classy rear-hinged (suicide) doors. It’s famous as one of the early mass produced electric vehicles of the world. 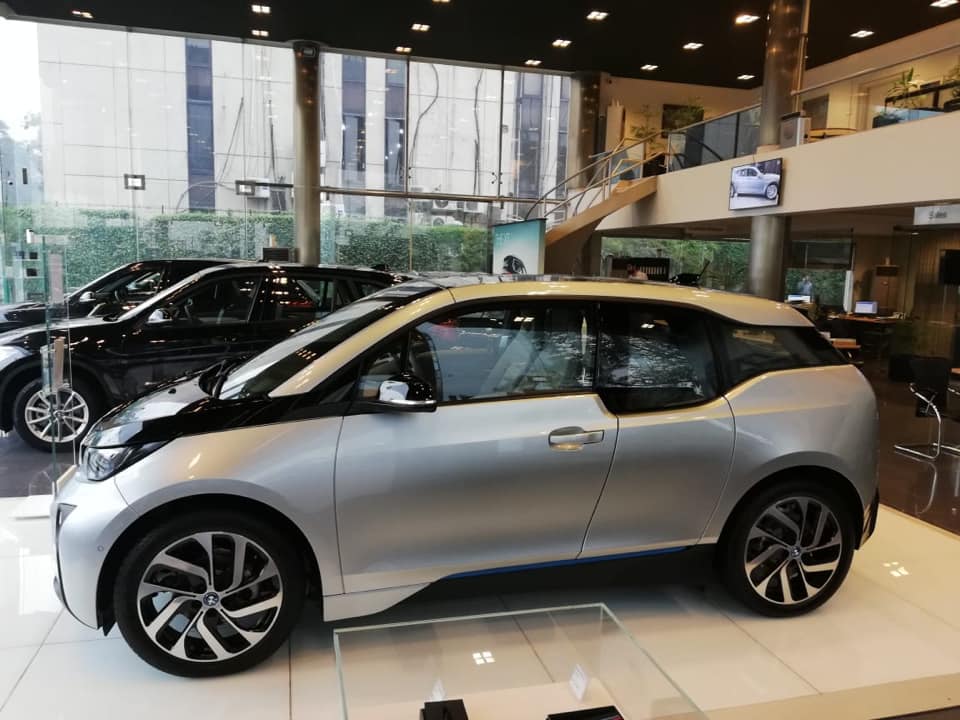 All auto headlamps, halogen fog lamps, standard 19 inch alloys and optional 20 inches. The Interior is made up of recycled material and has fabric seats and has two separated sunroofs. The dashboard contains ecliptic wood panels. 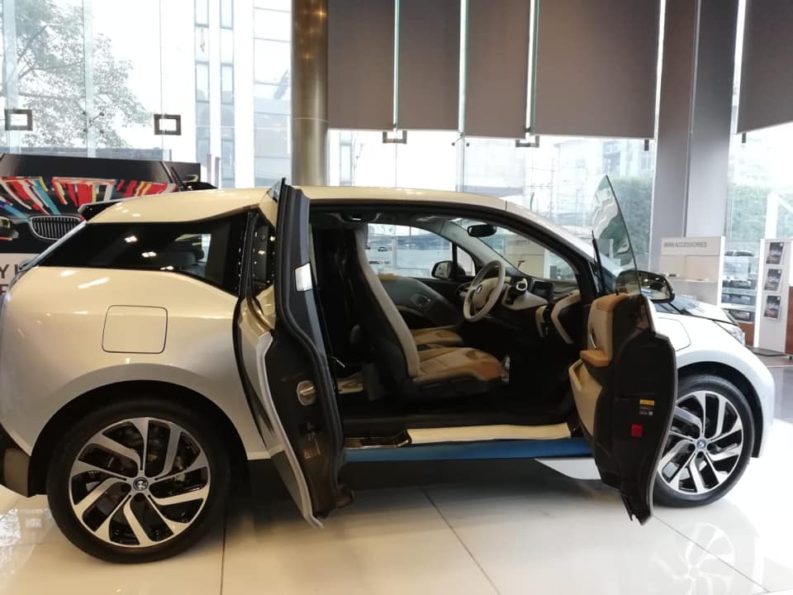 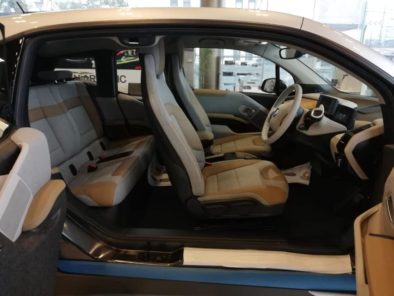 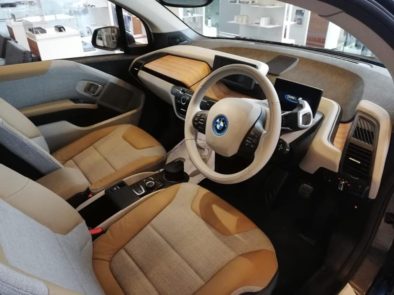 The car comes equipped with 6 Airbags, ABS brakes, Electronic Stability Program, Adaptive cruise control and Traction control. Being an electric vehicle it has a low center of gravity which assures promising road grip and driving pleasure. Two Isofix points are available on the rear passenger seats. 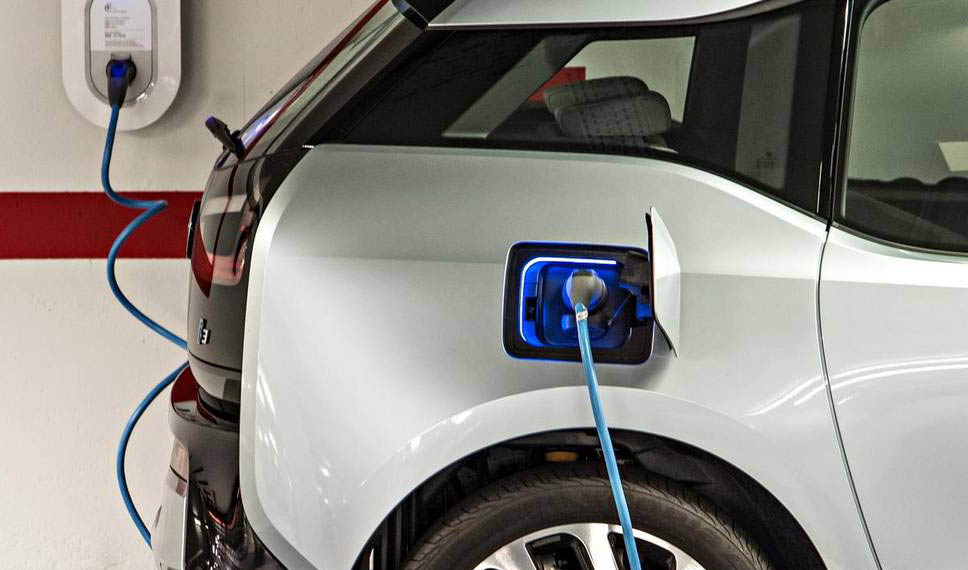 BMW Dewan has priced the i3 Rex at PKR 93.0 lac but they are looking towards the EV policy of government and tax incentives to bring the price down.