The 2023 Hyundai Aura subcompact sedan has been launched in India priced from INR 6.29 lac for the base E variant and goes as high as INR 8.87 lac for the top-spec SX CNG variant. This refreshed model comes 3 years after the Aura debuted in the Indian market back in January 2020.

In terms of appearance, the 2023 Aura facelift gets a new front-end design with a more upright nose and a two-tier grille, along with new inverted L-shaped LED DRLs housed at the edges of the bumper. The side & rear end design remain unchanged. The Aura facelift also sports the boot-lid spoiler in all except the base trim.

However, there is a new Starry Night shade that replaces the Vintage Brown option from the outgoing model. Inside, the cabin layout remains the same, but it now features new upholstery for the seats, new lighting for the footwell area, and a revised instrument cluster. 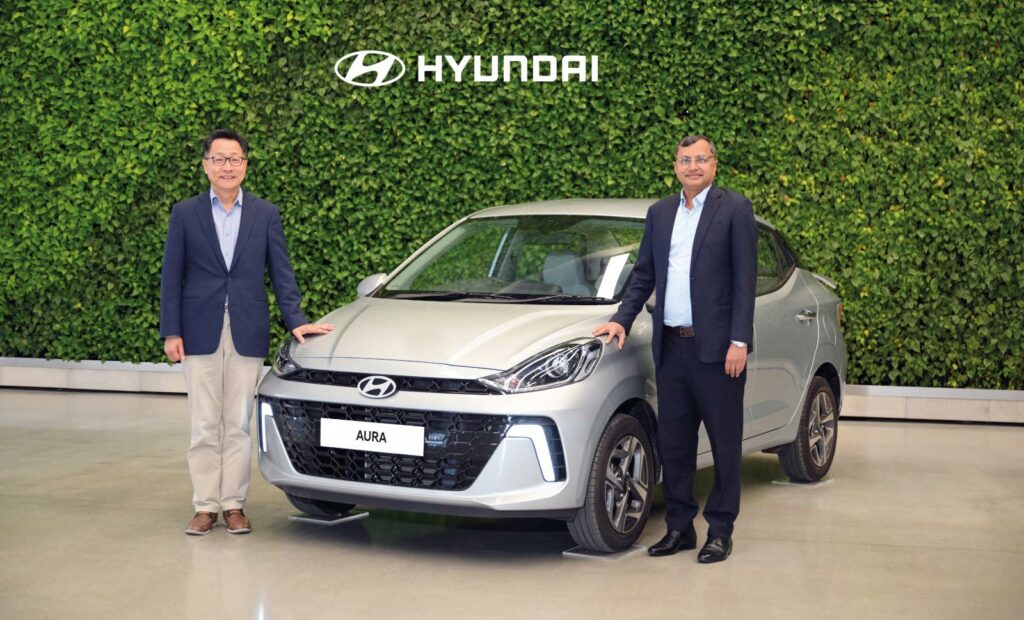 Under the hood, the 2023 Aura continues to be powered by the same 1.2L engine that churns out 83hp of power and 114Nm of torque. The engine comes paired with either a 5-speed manual or an AMT gearbox. Additionally, Hyundai also offers a factory-fitted CNG version that comes with a 5-speed manual transmission only. All powertrains are now RDE compliant and also E20 fuel ready. However, the Aura facelift no longer gets the 1.0L turbo-petrol engine (offered with the pre-facelift) that churned out 100hp and 172Nm.

Related: Nearly 17 Cars to Discontinue in India in 2023

As for safety, the new Hyundai Aura gets a bunch of new convenience and safety features compared to the outgoing model. It now gets 4 airbags and ABS with EBD as standard; the higher variants, meanwhile, get 6 airbags, ESC, ISOFIX anchorages, hill-hold assist, and automatic headlamps. In terms of convenience features, the 2023 Aura retains the 8.0-inch touchscreen with Android Auto and Apple CarPlay, rear AC vents, adjustable rear headrests, automatic climate control, and a wireless charger. Additionally, higher-spec versions now get new features such as Type-C charging ports and a revised 3.5-inch MID in the instrument cluster. 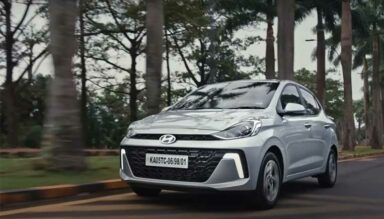 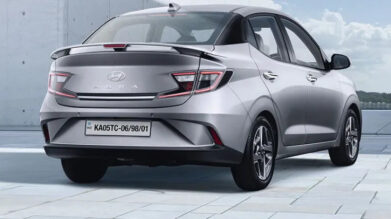 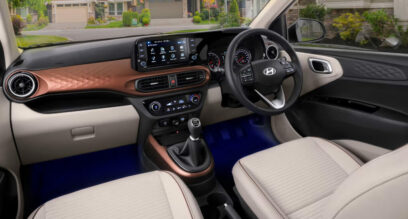 The 2023 Hyundai Aura facelift will continue to compete against the likes of Maruti Suzuki Dzire, Tata Tigor and Honda Amaze in the competitive Indian market.