Audi has officially revealed the all-new Q8 at the Audi China Brand Summit in Shenzhen. The Q8 is Audi’s new flagship SUV and sits above the Q7. The production-ready Q8 retains the upscale styling of the Q8 Concept showcased last year.

The Q8 is based on the MLB Evo platform sharing it with the new Cayenne, Bentayga and the Urus. Design wise, the Q8 has the characteristic Audi grille protruding out of its fascia and is finished in contrasting silver finish. It is flanked by sleek LED headlamps with multiple vertical lighting bars. There are number of black inserts on the fascia like beneath the headlamps and on the massive air intakes. There is an imposing three-slat skid plate as well. The bonnet gets sharp creases running across. The silhouette of the coupe-SUV has a gently sloping roof and a heavily raked C-pillar. The massively flared wheel arches also complement the shoulder line on the rear doors. At the rear, the tailgate-mounted spoiler adds a sporty touch. The bumper has a silver diffuser with skid plates and integrated exhaust tips. The LED taillights run across the tailgate similar to the one on the Concept but also has a black strip where the Audi logo is placed.

The cabin continues the sporty appeal with a flat-bottom steering wheel. The inspiration from the new-gen A6 and A8 is evident in the cabin design. There is the Alcantara upholstery with metallic and piano-black finish inserts all around the dashboard. On the centre console, there is a dual screen set-up. The main infotainment screen is joined by a secondary screen which controls the climate control and other convenience features. The instrument cluster is the all-digital Virtual Cockpit. The cabin space of the coupe-SUV appears more than sufficient with ample headroom. The rear passengers only get climate control setting via a touchscreen mounted on the rear of the centre console. The Q8 is a strict five-seater.

Powering the Q8 will be a host of petrol and diesel engines which will also include a 48V mild-hybrid technology. There is a 3.0-liter V6 petrol producing 340bhp of power and two 3.0-litre TDI units. The entry-level diesel produces around 230bhp while the more powerful derivative puts out 285bhp. 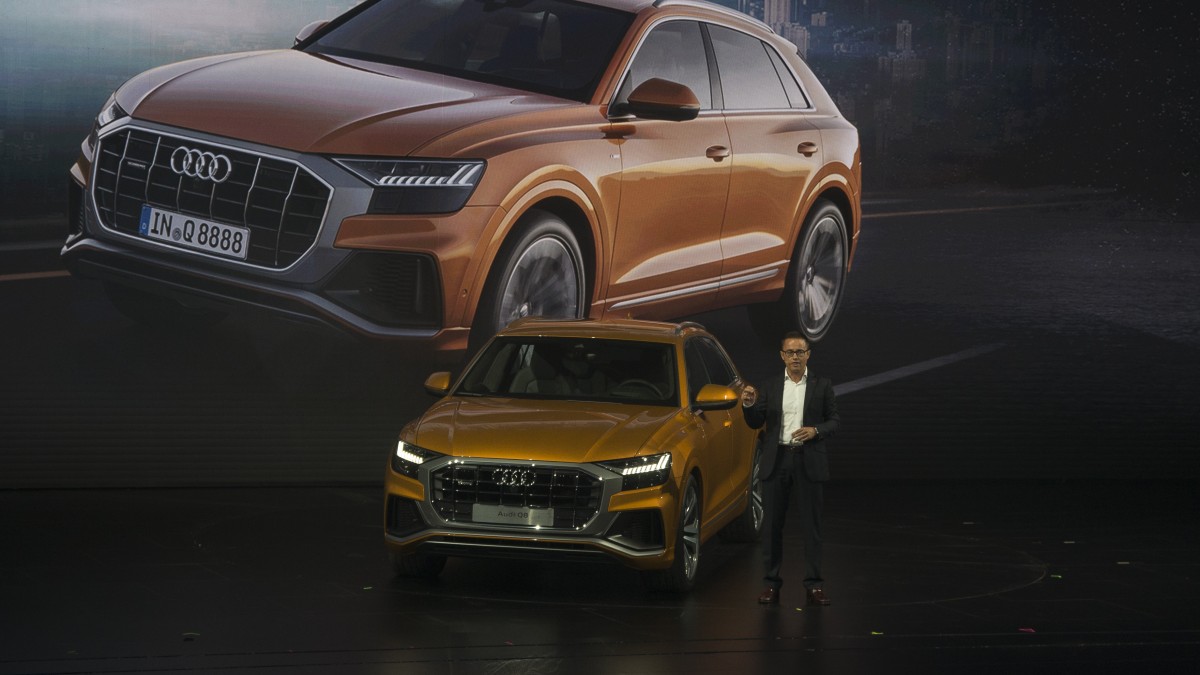 The Q8 will be built at Volkswagen’s Bratislava plant in Slovakia alongside the current Q7. It will first go on sale in the Chinese and European markets in the next few months. Audi will surely launch the all-new flagship SUV in India either late in 2018 or sometime next year. The Q8 will lock horns with Range Rover Sport, Volkswagen Touareg, Porsche Cayenne, BMW X6 and Mercedes-Benz GLE Coupe. 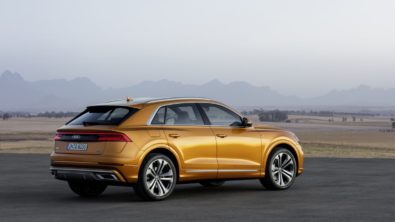 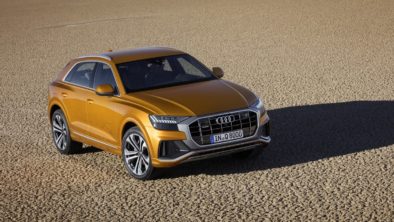 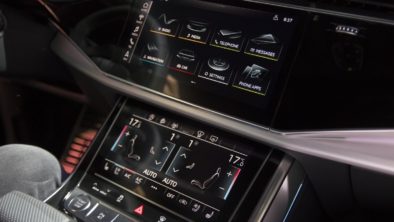 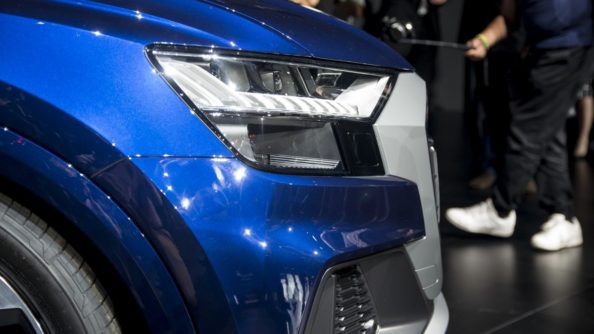 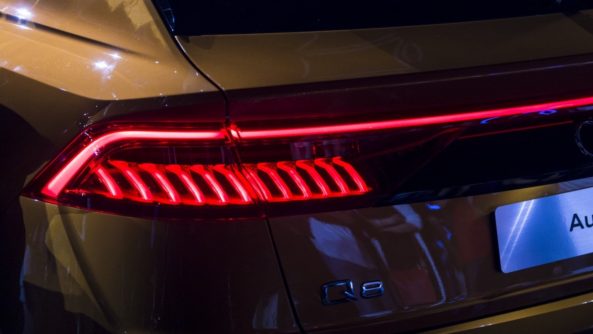 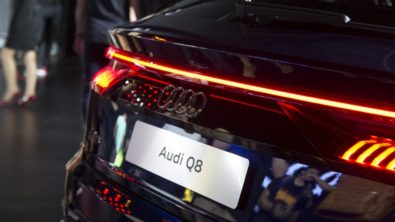 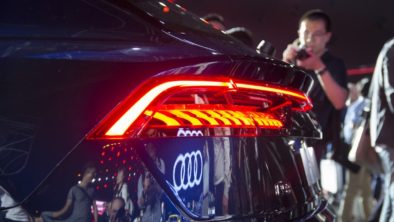 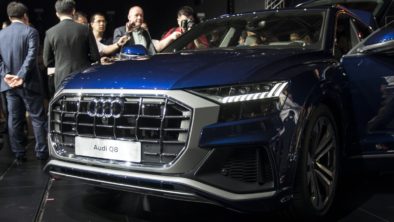 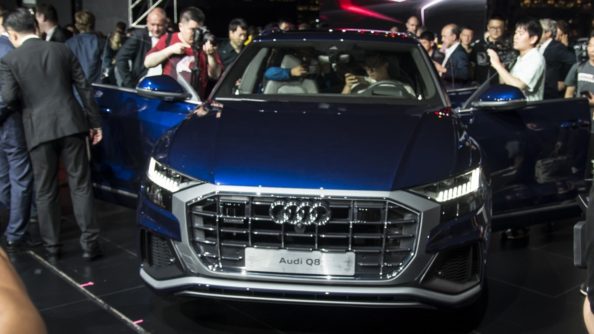 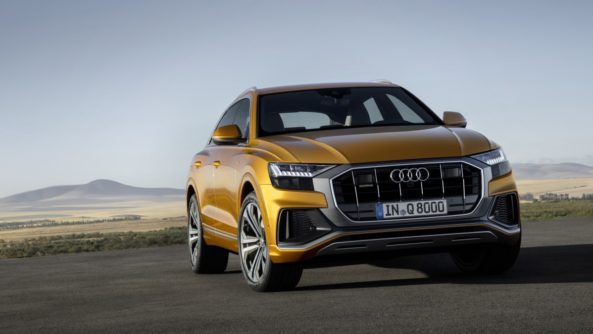 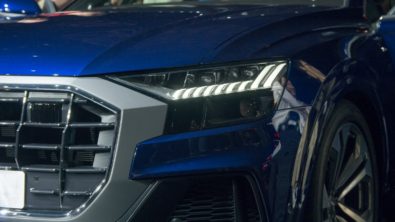 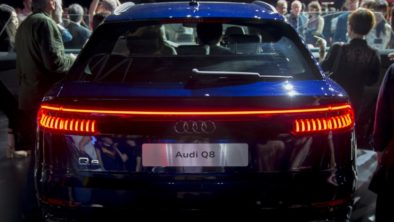 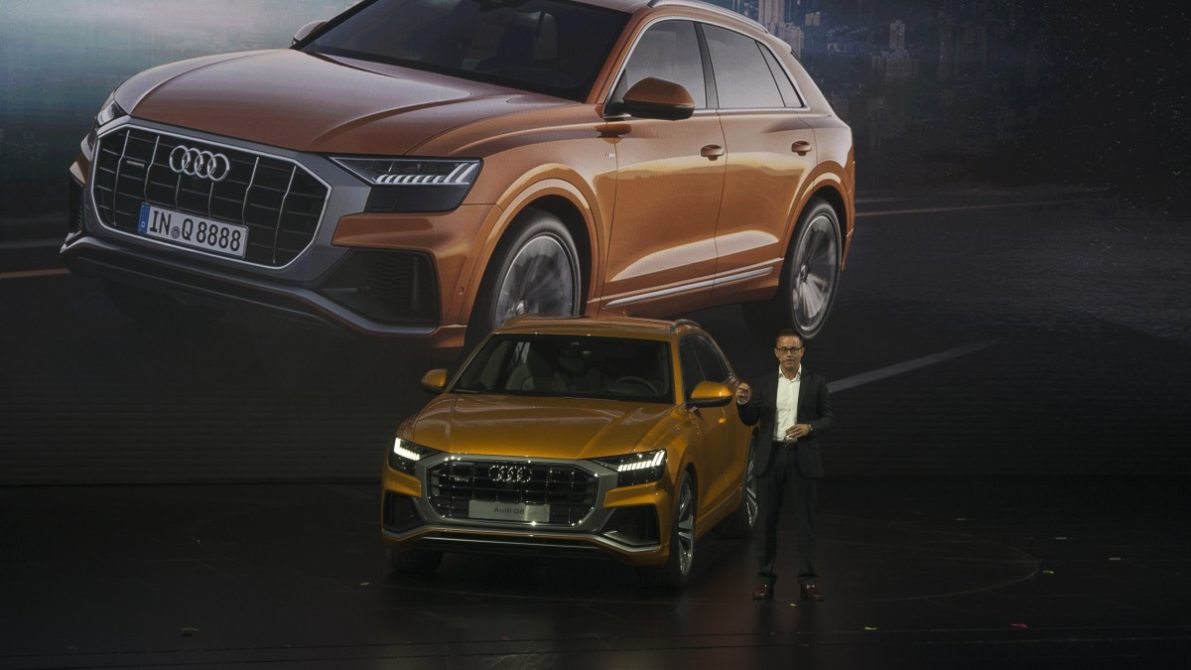