Remember the Honda teaser during the unveiling of the second generation BR-V? The automaker teased an all new crossover SUV towards the end of the all new BR-V digital world premiere, with a message “Wait for our next new Excitement…” (see video below). Now that latest SUV is set to make its debut at the upcoming GIIAS (Gaikindo Indonesia International Auto Show) on the 11th of November 2021.

Most likely to be called as ZR-V, the new small 5-seat crossover SUV will compete against the likes of Toyota Raize and Daihatsu Rocky. The teaser images shows a blacked out profile with white strokes highlighting various design elements of the SUV such as window line kink at the D-pillars and a floating roof look, embedded rear spoiler along with full-width taillights. Earlier, Honda had also shown teasers for the ZR-V during the launch of the new 11th gen Civic in Indonesia, giving a hint on the front and rear end design of the vehicle.

There are no details at this stage regarding the engines, however it will most likely carry whats there under the hood of Honda BR-V, a 1.5L engine that comes paired to a CVT gearbox. The ZR-V will also come rich in features & safety equipment with Honda Sensing suite including autonomous emergency braking and adaptive cruise control.

More details on the new Honda ZR-V to be shared as & when available, stay tuned to CarSpiritPK for more updates from the 2021 GIIAS. 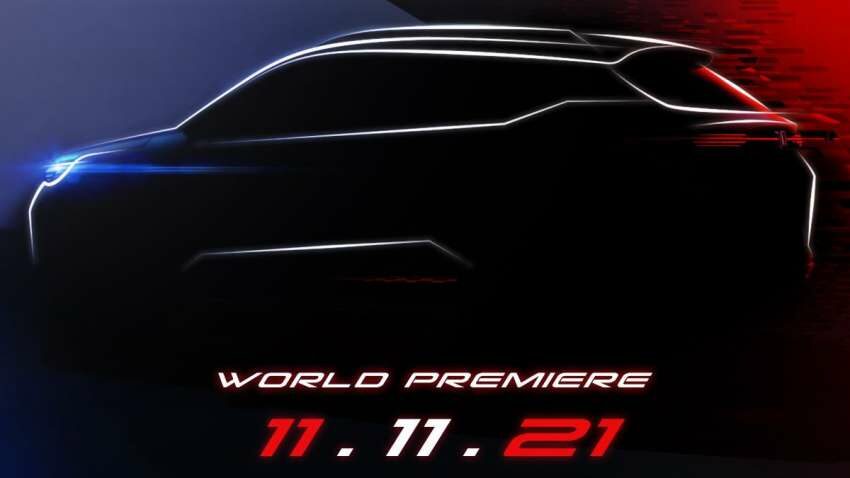