All New Wagon R Getting Positive Reviews in India

Earlier this month, Maruti introduced the all new Suzuki Wagon R in India. Entering into its third generation, the new 2019 Wagon R is bigger than before and is marketed as ‘Big New Wagon R’ in India.

Wagon R is among the hot-selling Maruti products in India with an average monthly sales of over 12,000 units. In September 2017, it surpassed 2.0 million sales mark in India making it one of the most successful cars there. In year 2018 alone, Maruti sold nearly 150,000 units of the tallboy hatchback which is roughly the same number of vehicles sold by Pak Suzuki (cumulative) here in Pakistan in an entire year.

The Wagon R remained extremely successful across the border since it was easy to maintain, easy to get in and out, had an ambient cabin and its flexible interior made it quite practical. Bear in mind Wagon R in India was rich in equipment compared to what Pak Suzuki offers us here. It had driver/ passenger airbags, ABS, seatbelt reminders, reversing sensors, keyless entry, engine immobilizer, speed sensing door locks, power steering, power windows (all four), power outside mirrors, rear windshield wiper, in-dash music system 2 din 4 speakers and USB/ AUX compatibility etc.

The All New Wagon R 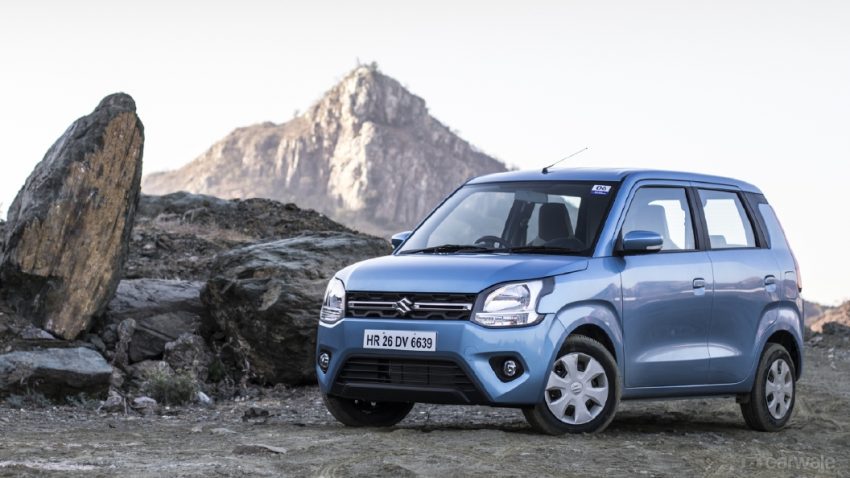 The 2019 Suzuki Wagon R is based on the A plus Heartec platform that also underpins the Ignis. Although the new Wagon R is wider, taller and longer than the outgone model, it is around 65kg lighter thanks to the use of 40% high strength steel. This also makes its body 1.5 times more rigid and helps the Wagon R be compliant with the upcoming stringent crash test norms in India.

As far as the design is concerned the new Wagon R still employs the tall boy stance. Upfront the wide grille is flanked by the large headlamps. Alongside there are multiple creases and curves, and the prominent floating roof design to break the monotony of the boxy shape. At the rear the wider body helps it look more conventional than before and the bigger tail lamps add a bit of spice to an otherwise plain design.

The interior of the all new Wagon R gets roomier than before. As always, it is easy to get in and out of the car thanks to the wide opening door and ideal seat height. The redesigned dual tone dashboard gets the 7 inch touchscreen infotainment system and air-condition controls placed higher up. The new infotainment system features Android Auto and Apple CarPlay. 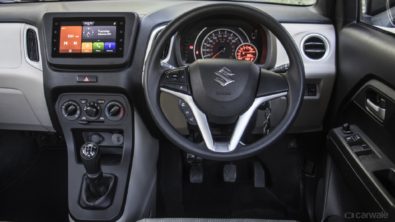 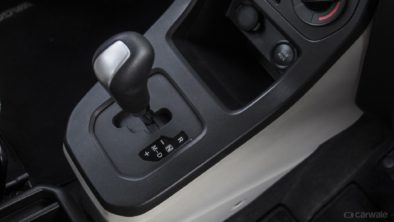 The overall fit and finish of the interior has taken a big step-up over the previous generation, but it still lags behind the recently launched Santro, as reported by CarWale.

Related: Suzuki Ciaz Continues to Create Troubles for its Rivals in India

Due to a bigger body and better packaging interior space has grown in all directions. The front seats are accommodating and offer good support, but it’s at the back where space and comfort has taken a big leap forward. The rear bench is well shaped too, and the upright backrest gives good support as well. Boot space is enormous for a car of this size. It has a massive 341 liters of luggage space while the 60:40 split folding rear seats, adds to the storage convenience.

The new Wagon R comes with two engine options. In addition to the known K series 1.0 liter engine, the higher variants get the larger 1.2-liter K12 engine which has been pulled from the Ignis and the new Swift. The bigger engine on a light weight car ensures zippy acceleration, furthermore the engine is smooth and the gear shifting has also been improved which enhances the driving experience. However the area where the new Wagon R has improved the most is in terms of how it rides. According to CarWale, over any surface & any speed, the Wagon R felt unfazed and the refined suspension simply goes about its job, keeping the occupants isolated from the ruthless potholes.

The new Wagon R is a huge step ahead of its predecessor in almost every department. That is a huge compliment for a car that was already selling in big numbers. It gets a more premium cabin, good interior space, loads of equipment, is very practical and more importantly, it now drives well too. What makes the deal even sweeter is the price which is in the same ballpark as the old car. So just as before, the new Wagon R remains a hatchback that is great value for money but unlike the old one, it is less compromised and has improved in almost every department. 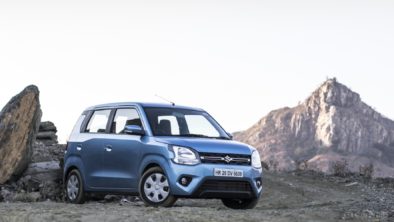 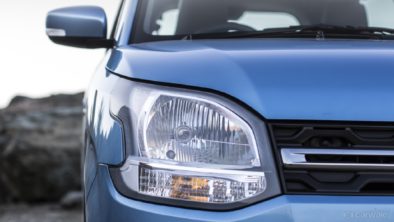 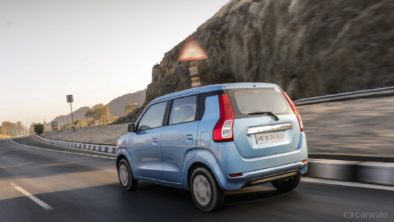