Almost Half a Century- No Change- No Progress

Talking about cars with a rather longer production run, Lamorghini Countach is worth to mention. Countach stunned the world due to its outrageous styling in an era when everything was analogue. The super-fast car which pioneered and popularized the sharply angled “Italian Wedge” shape was produced between 1974 and 1990, marking almost 17 years of existence. 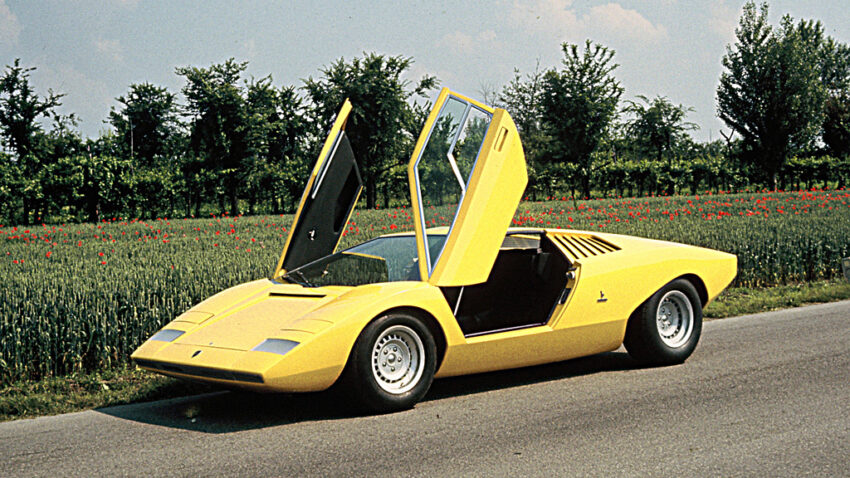 Ford Model T was one of the very first mass-produced automobile. It was produced from 1908 to 1927, spanning almost 19 years. Fiat produced the Panda in 1980 and discontinued it in 2003. During this period they sold the Panda for a full 23 years and millions of units.

Lotus Esprit is another worth mentioning car for its longer production run. It was one of the most popular British sports car that was built between 1976 and 2004. It was among the first of designer Giorgetto Giugiaro’s polygonal “folded paper” designs. During the 28 years of its lifespan, there were 4 different series released each refining the design while still retaining the original polygonal styling and the iconic pop-up headlamps. Volkswagen introduced the MK2 Jetta in 1983. They stopped its European production in 1991, however VW transported their production lines to China and continued to produce the MK2 Jetta there. Its production was finally ceased in 2013 after almost 30 years.

But in all the above examples, these cars albeit being mechanically same went through major upgrades during their lifespan. Upgrades in terms of performance, aesthetics as well as comfort. However in presence of competition, these cars despite offering competitive features & equipment, and no matter how much successful, were eventually discontinued in favor of a newer model/ product.

But here in Pakistan we have couple of examples which are actually around for more than 4 decades and remain entirely unchanged. In fact the older they get, the more they keep losing out in features & equipment. Thanks to the inept automotive policies, lack of competition & the absence of required check & balance on the auto sector. The Suzuki Ravi & Bolan duo, which are the pickup & minivan iterations of ST90 Carry model, were first produced in Japan in 1979. And to no surprise Pak Suzuki is still “assembling” them in year 2022 and has efficiently kept us 5 generations behind the global Suzuki Carry model.

Over all these years, instead of improvements, the Bolan has witnessed a lot taken away from it when compared to the original ST-90 Carry minivan. The Japan assembled 1979 Suzuki Carry came equipped with better seats, better upholstery, beige interior, floor carpeting, chrome door handles, chrome linings, key lock at passenger side door, fan/ heater, radio cassette player with telescopic whip antenna, back wiper and rear windshield defrosters etc, all of which have been stripped off the local assembled Bolan which continues to be sold even after 43 years against mind boggling price at PKR 15.0 lac. One the other hand, Suzuki Ravi is being sold for PKR 14.24 lac.

Earlier this year it was being reported that Bolan & Ravi will finally be discontinued this year. Because government in its latest Auto Industry Development and Export Policy (AIDEP 2021-26) decided that no vehicle shall be allowed to go on sale whether locally manufactured or imported, after June 30, 2022 which is not compliant of shortlisted WP29 regulations. The shortlisted regulations include the mandatory inclusion of dual airbags (for driver & front passenger), which is technically not possible to be deployed in the obsolete Carry model. 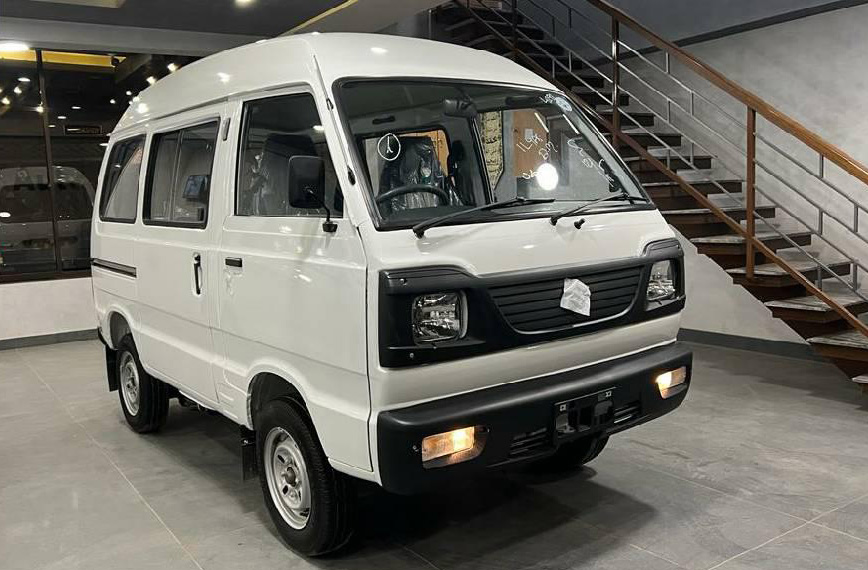 It is a matter of concern that despite making huge claims of achieving higher localization, Pak Suzuki yet remains unable to produce the simplest & the most primitive of all vehicles locally. In fact anyone having observed a Bolan or Ravi knows there is absolutely nothing in these cars which require complex engineering, or something which cannot be produced locally considering the era we are living in.

Furthermore to add to the misery, Pak Suzuki has managed to sell only 227 units of Bolan and 126 units of Ravi in the month of August. Comparing the sales from the first two months of this fiscal year with that of previous year, Ravi is suffering from a deplorable 81% decline in sales, whereas the sales of Bolan are reduced by 72%. This is mainly due to the fact that Pak Suzuki is observing non-production days while keeping its plant shut due to absence of imported components in hand. 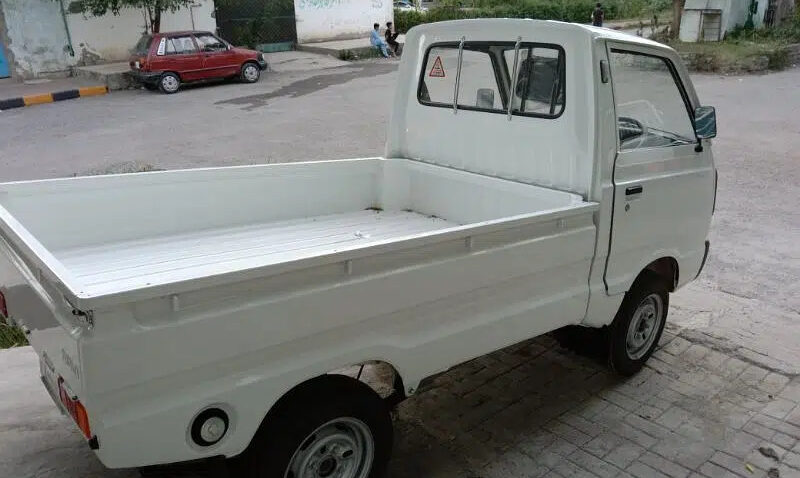 According to former PAAPAM chairman, Mashood Ali Khan, the almost four-decade old engineering sector in the automotive industry could not even indigenize parts to develop in Pakistan without technical collaboration of their foreign partners. So as long as there are restrictions on the import of components, the hiccups in production will persist. 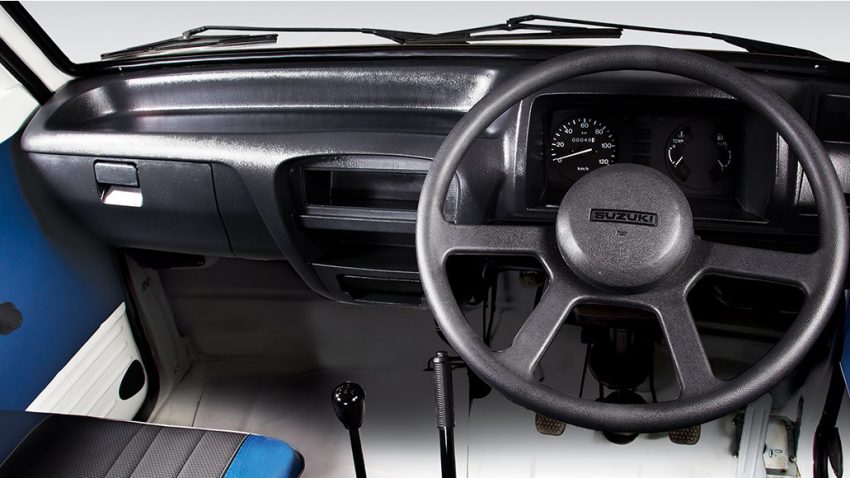 But the question is, why PAAPAM (Pakistan Association of Automotive Parts & Accessories Manufacturers) is not yet capable to produce even the most basics of things such as the ST-90 parts. Its a complete failure on Pak Suzuki’s behalf that since more than 40 years, the company has failed to localize one of the most basic vehicles to run on the earth today.

And with almost 42 years into production (read assembling), the Bolan/Ravi are just about to break the record of Type1 Volkswagen Beetle which was produced between 1938 and 1979, spanning 41 years. But with just bare minimum to offer and the end not even in sight, the Pak Suzuki duo can continue to be sold for half a century, or maybe even more. However the question is, will they finally decide to produce an almost 50-years old vehicle on their own, or will remain dependent to assemble it with imported parts?