Video of an angry bull in Karnataka, India went viral on the internet in which the rampant animal can be seen ramming and tossing the car with his horns. What caused the bull to show his anger in this way remains unknown.

The poor car happens to be the previous generation Maruti Suzuki Alto K10 which is powered by a 993cc engine and weighs just under 765kg. And with such a light weight, it was absolutely no problem for the raging bull to lift & tear the car part. 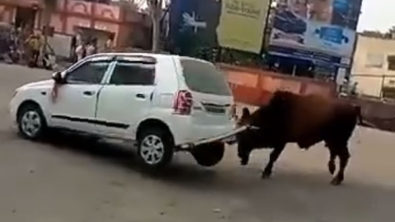 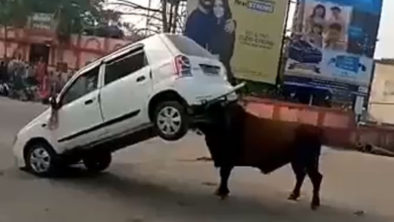 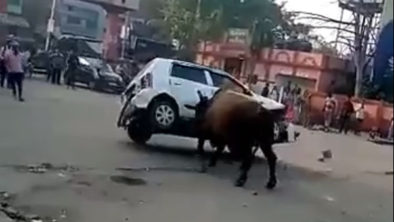 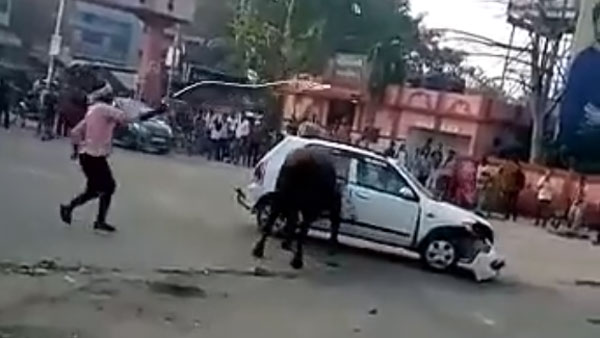 From the looks of it, the bull caused quite a lot of damage to the car before a person comes to the rescue. However since the video ends abruptly, there is no clue on what happened next.