Automobile Demand Next to Nil

2023 was always going to be a tough year for the local auto sector considering the economic crisis Pakistan is battling with. Due to depleting foreign reserves, the government imposed import restrictions on various items including car parts, which resulted in a huge shortage of inventory at assemblers’ disposal.

The State Bank of Pakistan (SBP) introduced a mechanism, for obtaining prior approval for imports of CKD. The non-approval of the letter of credit (LCs) has created hurdles in importing knockdown kits & parts, causing huge inventory problems for the assemblers.

Related: 2023- Dark Clouds will Remain Looming on the Auto Sector

This has virtually brought the auto industry to a standstill as many players including the big names are observing NPDs (Non-Production Days) for several months now. According to Mashhood Khan, the former chairman of the Pakistan Auto Parts Manufacturers Association, due to the temporary closure of plants by the automakers, the demand has almost reduced to nil.

Mashood Khan while talking to 24News revealed that the auto sector has been working only for 2 days in a week since the start of this January 2023. He said the situation does not bode well for the future, adding that both the traders and industrialists are extremely worried. Alongside assemblers, the local auto parts manufacturing companies are also suffering due to a lack of demand which has forced them to work only for two days a week.

He said that the problems started in July 2022 when the car companies started to temporarily shut down their plants thus reducing the demand. The former chairman wondered how the manufacturers could make parts if there is no demand for them. 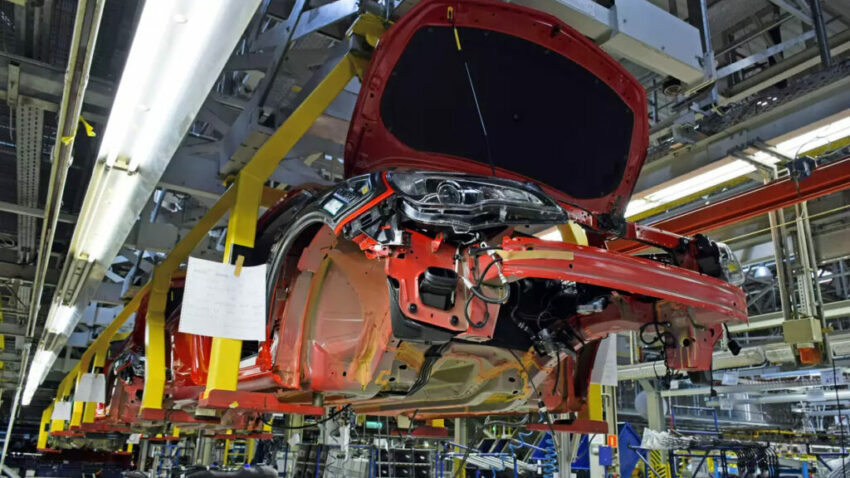 Pakistan’s auto industry is heavily dependent on imports, be it CKD kits or the import of technical car parts by the assemblers. However, even the parts made locally require the import of raw materials without which the vendors are unable to swiftly carry out their production operations.

Related: Custom Duty for the Import of CKD Kits for Small Cars Reduced

The local auto sector has witnessed a sharp decline in sales during the first half of the fiscal year 2022-23. With a 40% drop, total car sales stood at 68,900 units in July-December 2022 period compared to 114,774 units in the same period of the previous year. Although the State Bank of Pakistan (SBP) announced the withdrawal of restrictions on imports effective from 2nd January 2023, however despite the removal of the restriction, it isn’t smooth sailing for all importers. According to Munir Bana, Chairman of the Pakistan Association of Auto Parts & Accessories Manufacturers (PAAPAM):

“We import raw materials to make spare parts for the auto industry. However, the auto industry is not an essential item and therefore our imports will continue to be controlled and rationed by SBP.”

The SBPs circular still leaves room for opacity, and subsequently leaves many onlookers from the automotive sector in the dark, Munir Bana added. Even if the CKD kits can be imported, if parts manufacturers are unable to subsequently import the requisite components then the downward effect on lead times across the industry will remain limited.