Baojun of China Does What Suzuki of Japan Missed

Japanese automakers continue to lose their plot in key markets. While failing to embrace electrification they are quickly losing a fair share of the market as the world is moving towards banning the sales of internal combustion engines.

And with the opportunity at hand, Chinese automakers are rapidly capitalizing on the situation. The latest example is Baojun, the Chinese automaker that seems to have done what Suzuki of Japan should have, that is by making a small affordable electric four-wheel drive lifestyle off-road vehicle. Suzuki of course had all the opportunity with the Jimny, but instead of electrifying it, the Jimny got banned for sale in Europe due to poor emissions.

Related: End of Suzuki Jimny in Europe- A Lesson for Us to be Learned?

Baojun which comes under the umbrella of the SAIC-GM-Wuling (SGMW) joint venture, is close to formally unveiling a Suzuki Jimny rival but electrified of course. Baojun showed a video of its upcoming 4×4 mini EV during the formal launch of its new small KiWi EV. 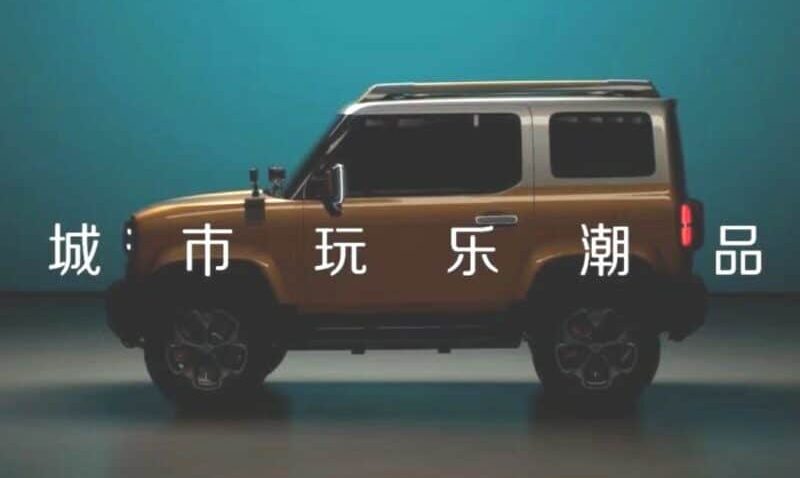 The video teases an ultra trendy small off-road electric car. It has a typical boxy styling and notable large doors. There are many trendy rugged design elements, such as off-road tires, side steps, large mirrors, black bumpers, and roof rails. It also has two yet unidentified apparatus on the side of the front fender, sticking up over the hood. The one on the left appears to be a camera, and the one on the right seems a searchlight.

Each front light consists of four rounded-rectangle-shaped LED units. This shape is used in many other places like the pop-out door handles as well as the rear lights. The shiny gray alloy wheels show a trendy design with yellow brake calipers.

Baojun hasn’t revealed technical details of this yet unnamed EV. However, it is expected to ride on the same platform that’s used with the KiWi EV, albeit with two electric motors instead of one. It seems to be a brilliant move to introduce a small 4×4 EV, at a time when many Chinese car makers are launching semi-off-road vehicles aimed at young buyers living in big cities that like to go camping in the mountains on the weekend. But so far, none seems to be as cool as this one. 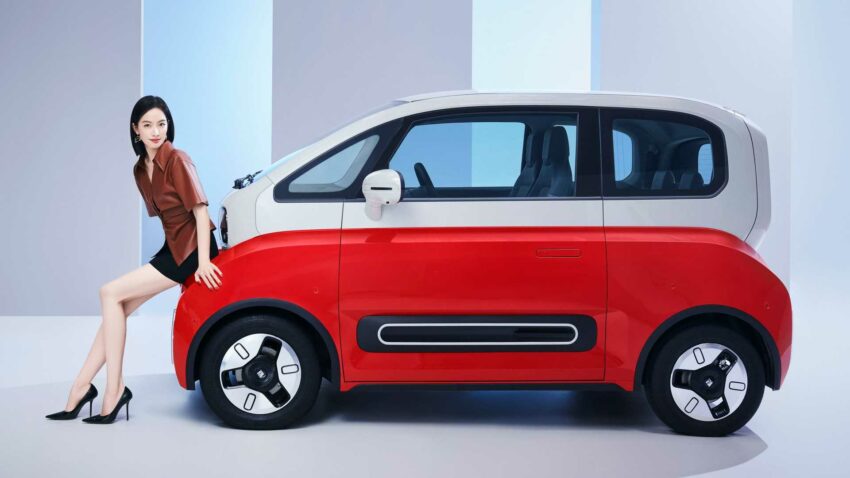 A near-production-ready concept version of this 4×4 EV is expected to be showcased at the 2022 Guangzhou Auto Show in late November, with a formal launch in the Chinese car market scheduled for Q1, 2023. The vehicle if introduced internationally will surely disrupt the key markets.

Japanese automakers need to revisit their strategies regarding EVs & other segments where they might be facing stiff competition from Chinese players. For example, Toyota is dragging the deliveries of the new Land Cruiser J300 up to several years which is giving a golden opportunity to many other mid-sized & large SUVs from China which are already making their presence felt in markets such as the Middle East, Europe & Oceania. 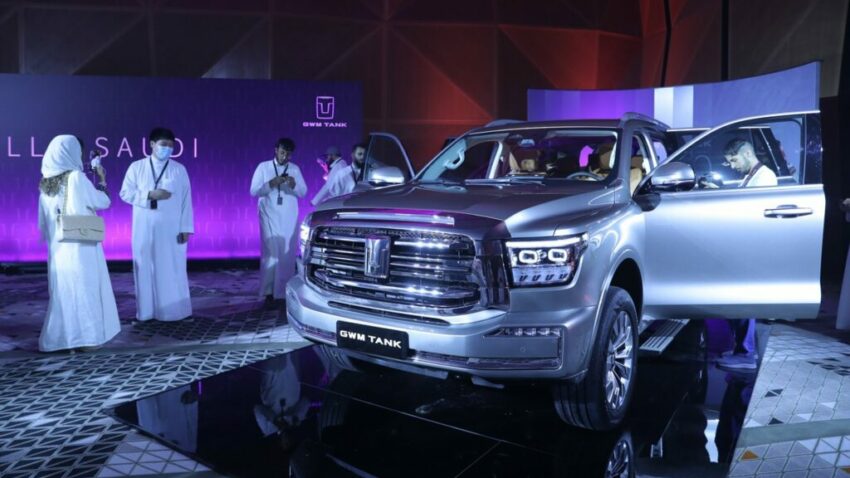