Which is the Best 1000cc Hatchback by Pak Suzuki?

Pak Suzuki is the oldest auto assembler in Pakistan with a strong unchallenged grip on the small passenger & commercial vehicle market. Pak Suzuki mainly dominated the small car market with their hatchback models, while during the 90s their Margalla sedan also saw some decent success in our country.

Among hatchbacks, Pak Suzuki offer products with two engine displacements- 800cc and 1000cc. In more than 30 years, the company has offered only two (800cc) hatchbacks in Pakistan. The very first 800cc hatchback was the Suzuki FX launched back in 1982, it was replaced by Suzuki Mehran by 1989 which remains in production even after nearly 30 years. Interestingly, both FX and Mehran are two different generation models of an otherwise same car, the Alto. The first generation Alto, which was known as FX in our market was globally sold between 1979 to 1983, while the second generation Alto, known as Mehran was sold internationally between 1984 to 1988.

In 1000cc, Pak Suzuki has offered us 5 hatchbacks in 30 years, some of which again happen to be just another model of the same car sold with a different nameplate in our country. Here are the 5 Pak Suzuki hatchback that were assembled in Pakistan over these years. 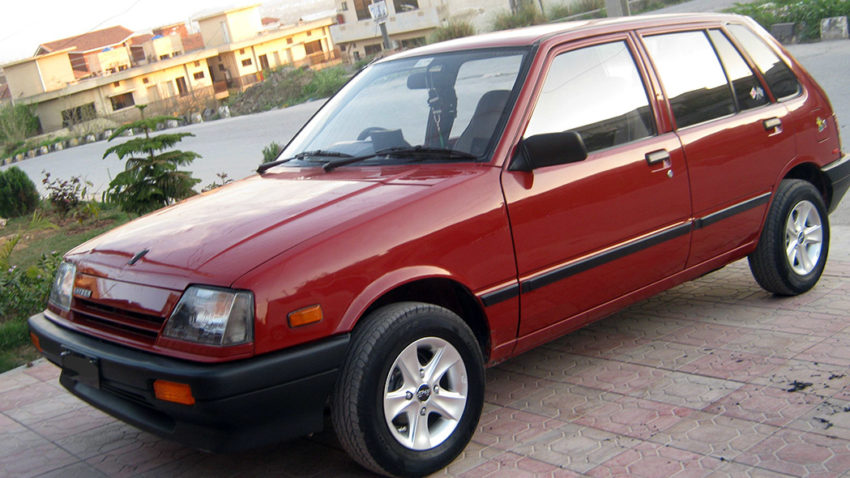 Originally appeared as the Swift (SA310- MK-I) during the mid 1980s, the hatchback saw quite decent market response which made Pak Suzuki to assemble the Swift locally. Its local production commenced by 1991 and was labeled as Suzuki Khyber.

A vast majority of people admire the Khyber for its decent looks, excellent performance, easy maintenance and generously spacious cabin when compared to other cars of same class. The Khyber is often regarded as one of the most successful Pak Suzuki hatchback in Pakistan. 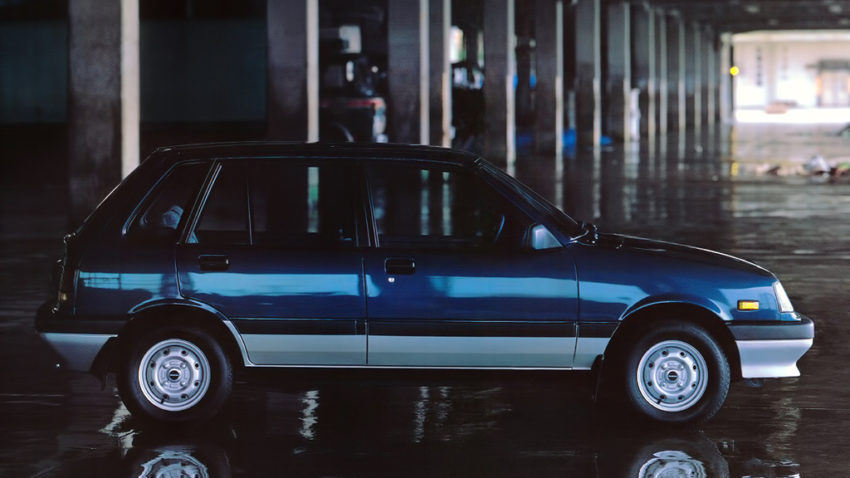 Although there were a few shortcomings such as the exterior colors choices were quite limited with no metallic color available on offer. Only in its final year of production, the metallic colors were offered in ‘Limited Edition’ models. Body colored bumpers were also not offered, there were no adjustable seat headrests, although it was available in imported models, Pak Suzuki however fitted fixed seat headrests with local assembled Khyber. 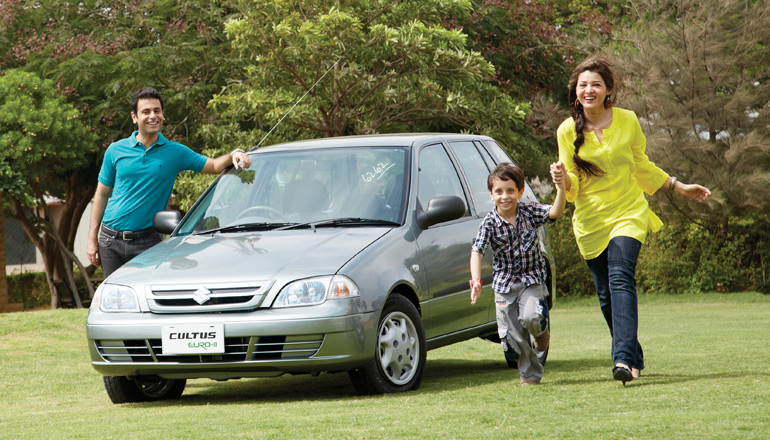 Alongside Khyber (Swift MK-I), Pak Suzuki used to sell the second generation Swift (MK-II) in its sedan form, but when local assembling commenced, the latter was rebadged as Margalla. The Margalla sedan which saw good success till 1996 was discontinued in 1998 as it was unable to keep up with the newly launched arch-rival, the Honda City SX8.

Interestingly, when Dewan Farooq motors was stretching its legs to launch the first locally assembled 1000cc competitor, the Santro. Pak Suzuki needed to replace the aging Khyber which was already 15 year old model as per its global lifespan back then.

Funnily enough, the company launched the hatchback version of the discontinued MK-II Swift aka Margalla, with a 3-cylinder G10B engine in year 2000 and labeled it Cultus. The Cultus being a Margalla hatchback was immensely popular right from the beginning. It was a decent yet spacious hatchback, was preferred by corporate sector for their young executives, and was cheaper to run and maintain.

The first batch of Cultus which was sold between 2000 and 2001 was offered in more than 16 exterior colors, so far the most offered with any locally manufactured vehicle. The initial lot of the Cultus had excellent built quality and was way better compared to what Pak Suzuki has been rolling out in later models.

Apart from a fuel injected engine in 2007, the MK-II Cultus remain largely unchanged as the improvements made during its lifespan were mainly cosmetic. Although a lot of people consider the old MK-I Khyber to be superior than the MK-II Cultus, partly because of the quality control that went down over the years, the Cultus remained a hot selling car for a stretchy 17 year period before it was replaced by the Celerio hatchback in 2017. 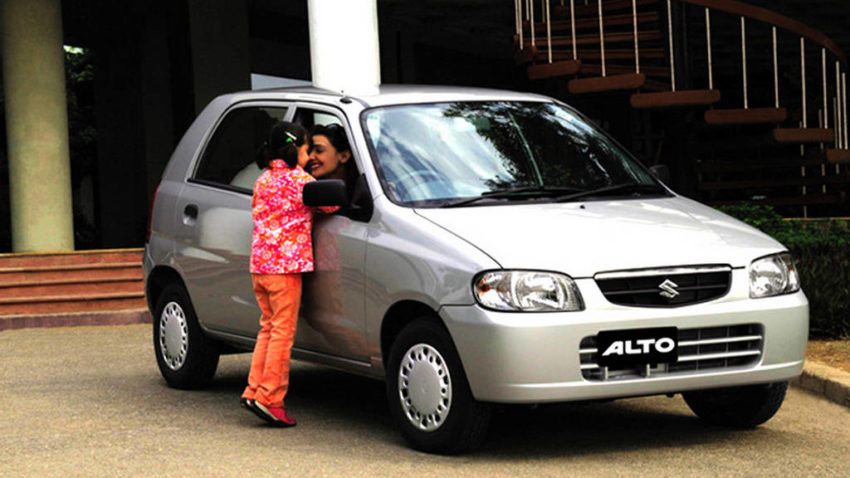 Alongside the MK-II Cultus replacing the MK-I Khyber in 2000, Pak Suzuki introduced another 1.0 liter hatchback in Pakistan, the 5th gen Alto. This was one of such rare instances when Pak Suzuki had introduced any car within a couple for years of its global launch. The Alto was powered by a 970 cc 4-cylinder F10A engine and was slotted below the Cultus. It was competitively priced and become a successful product for Pak Suzuki.

Related: Is Suzuki Really That Easy to Sell?

It was also graced with a facelift within 2 years of its launch, another rare case for Pak Suzuki. With minor cosmetic changes, the Alto continued to be sold in our country till 2012 when the Euro-II emission standards were imposed by the government and Pak Suzuki had no fuel injected 1.0 liter engine available to be deployed in the Alto. Bear in mind the Japanese version of this Alto came with a 660cc Efi engine. 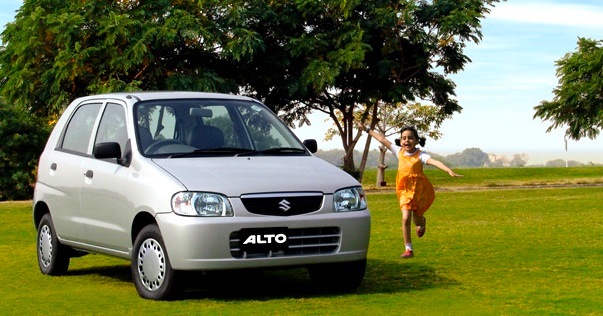 Nearly two years after the Alto was discontinued, Pak Suzuki brought in the WagonR tall hatchback with a modern 1.0 liter K-series engine. Due to its rather unappealing looks, the WagonR took a long long time to pick up sales.

Now having been in the market for more than 4 years, the WagonR sells in handsome numbers and is preferred chiefly because of its fuel efficient engine. The cumulative sales of WagonR for FY2016-17 stood at 17,671 units.

After a stretchy production period of the MK-II Cultus (2000-2017), Pak Suzuki introduced the Celerio hatchback as a replacement. Instead of introducing a new hatchback with an entirely new name for Pakistani auto consumers, Pak Suzuki think tank decided to carry on with the Cultus nameplate on Celerio. And this decision paid them off really well.

Despite bearing a ridiculously high price tag, as the car comes even cheaper than the WagonR in some markets, the new Cultus became an instant hit. Unlike the WagonR which took a couple of years to attain decent sales figures, the new Cultus (Celerio) sells around 2,000 units a month which is quite impressive. 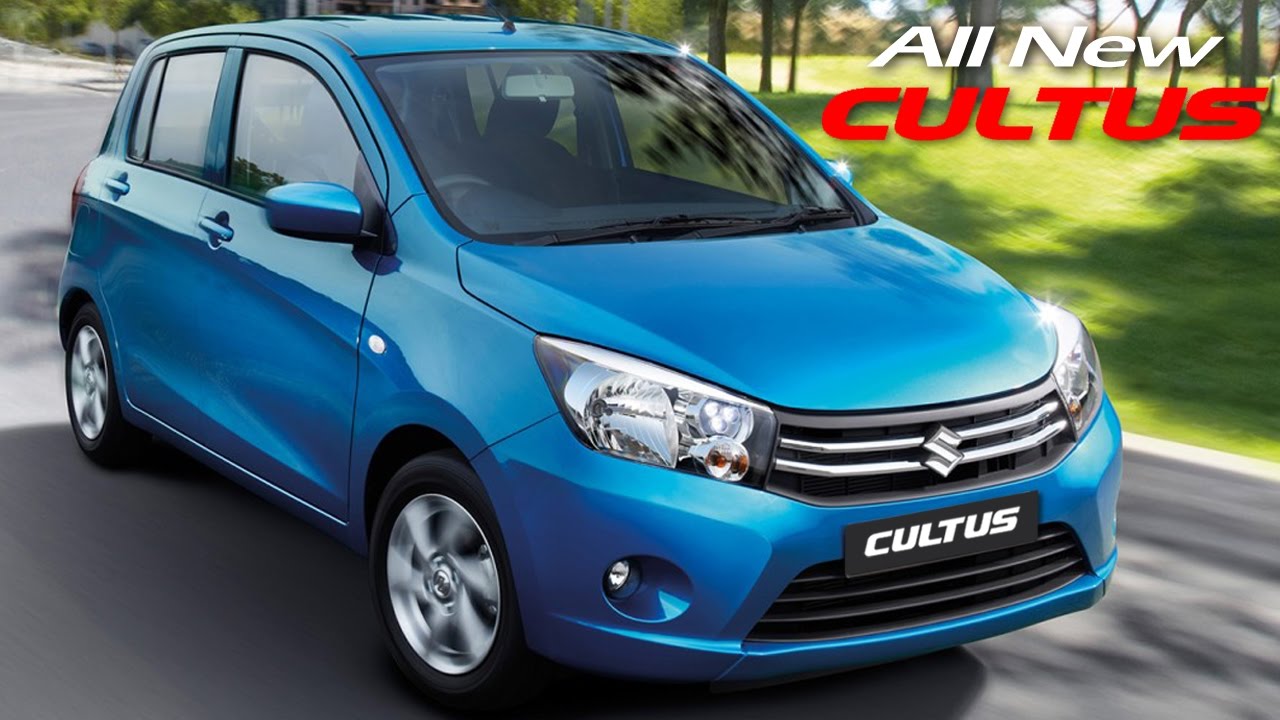 Both Cultus (Celerio) and WagonR are powered by the same 1.0 liter K-series engine and wins on the fuel efficiency parameter. Recently Pak Suzuki has launched their first ever semi-automatic transmission (Auto Gear Shift, AGS) in a local assembled Cultus, which is priced at PKR 15.28 lac even more than the 1.3 liter Swift DLX with navigation.

Based on your experience, which one do you think is the best local assembled 1,000cc hatchback by Pak Suzuki. Cast your vote below and let us know with the comments.