Chinese electric vehicle giant BYD does not intend to slow down and increases production and sales of plug-in electric cars basically every month. A massive new record is now somewhat regular for BYD, which is expected to further increase its production volume.

According to the company’s report, BYD passenger plug-in car sales amounted to 173,977 units in August, which is staggering 188% more than a year ago and a new monthly record. That’s over 11,000 more units than in July and its 6th consecutive monthly record (14th record in the past 15 months) for BYD. Interestingly, the record has been achieved amid power constraints and new Covid outbreaks in China.

According to BYD’s chairman and president Wang Chuanfu, the volume is expected to increase and might reach 280,000 units per month by the end of this year. In August BYD sold over 91,000 plug-in hybrid (PHEV) cars, which is over 3 times more than a year ago whereas pure battery electric vehicles (BEV) sales amounted to over 82,000 units. Furthermore, around 5,092 BYD plug-ins were exported, which is also a new record. 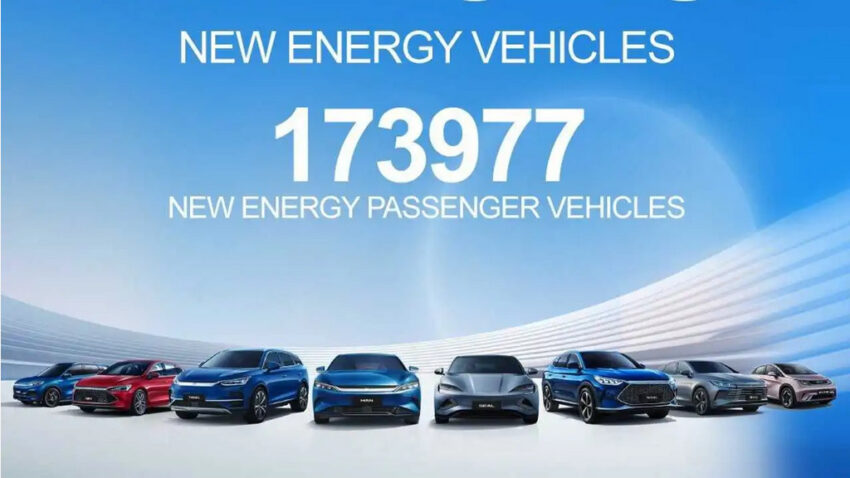 So far this year, BYD has sold over 970,000 plug-in electric cars. Its plug-in sales year-to-date stands as:

Through innovation and commitment, we will continue contributing to a greener future.#BuildYourDreams #EV #Green #Future #Sustainability