California has become the first states in the U.S. to put a ban on internal combustion engine (ICE) vehicles. The state’s Air Resources Board has approve a policy that will ban sales of ICE vehicles in favor of electric or other net-zero emissions vehicles by 2035.

The rule also sets interim targets on the way to achieving the green future. 35% of new vehicle sales would need to be free of fossil-fuel emissions by 2026, with the target rising to 68% in 2030. More than a dozen states that generally follow California’s lead on vehicle rules could soon follow, making a huge dent in U.S. greenhouse gas emissions. 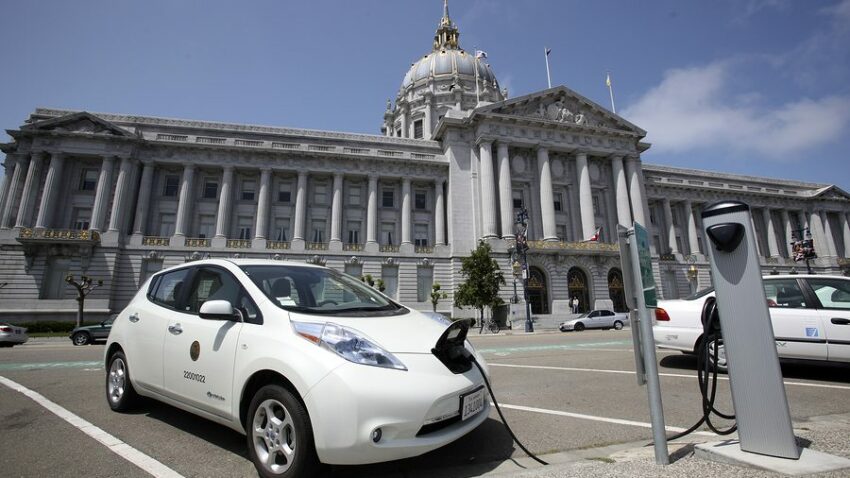 The transportation sector remains the country’s biggest source of climate change-causing emissions, and requiring zero-emissions vehicles would help push toward the ambitious climate targets. According to Benjamin Welle, director of integrated transport and innovation at the World Resources Institute:

“This is great news. California has been a leader in the clean car standards and I think this can give some serious momentum to phase out of internal combustion engines.”

California has more than 17 million registered vehicles with model years after 2010, according to a Grid analysis of data from the state’s Department of Motor Vehicles (DMV). 82% of California’s registered vehicles rely solely on gasoline power, while the remaining 18% or 3.2 million vehicles include battery electric vehicles, along with hybrid-gasoline models as well as hydrogen fuel-cell and plugin-hybrid vehicles. 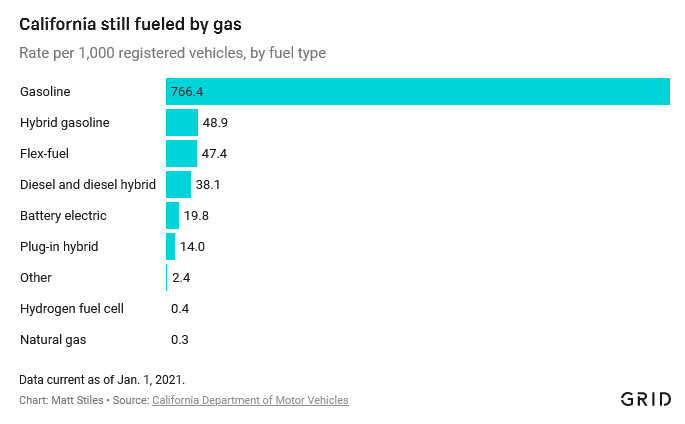 Only 3.3% of vehicles registered in California are battery electric, the data show. The data, which has counts for vehicle brand, weight and fuel types by ZIP codes, was last updated in January 2021. That limits analysis of newer vehicles, but the data offers the most comprehensive public record of vehicles on California’s roadways. According to Kathy Harris, a clean vehicles and fuels advocate with the Natural Resources Defense Council:

“The transition to electric vehicles is already occurring, and this rule helps to speed up that transition. Automakers have already announced $86 billion in investments to EVs as well as an increasing number of EV models — from sedans to SUVs to Trucks — with more announcements coming out every day.”