Can We Settle the Localization Debate With This?

Auto assemblers operating in Pakistan make bold claims to have achieved higher localization of up to 70% in local assembled cars, however there are many circles including the auto parts vendors who blame assemblers for insufficient localization, which is why car prices are always 100% vulnerable to forex rates.

This seems to be a never ending debate that is going on since decades. Allegedly, the investment, the technology transfer and import substitution that has happened over the years in the automobile value chain has not been enough. Furthermore there is no check & balance by the government whether the industry has really localized as per perceived targets. High-value sophisticated technical parts requiring an advanced level of engineering—including the CKD kits are still being imported. In most cases, even the stamping is done abroad while the assembly plants are only responsible to put together the parts.

However the best & the only way to settle this, is when the government will come into action. For example, let us have a look at something called “Monroney label”, the window sticker which is a universal data sheet mandated on all new passenger vehicles sold in Canada & the USA. It’s meant to keep buyers from getting swindled and lists essential vehicle information such as equipment, safety rating, fuel economy, parts origin and suggested retail price free from marketing spin. 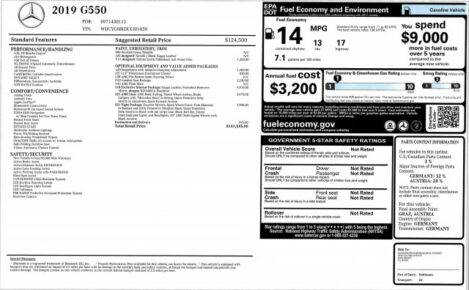 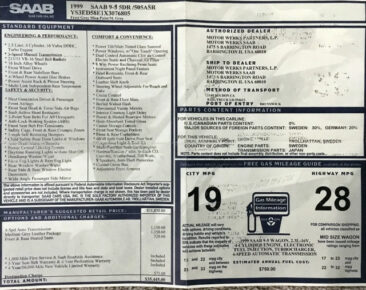 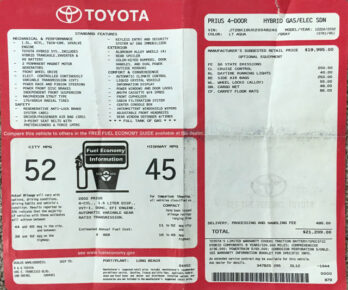 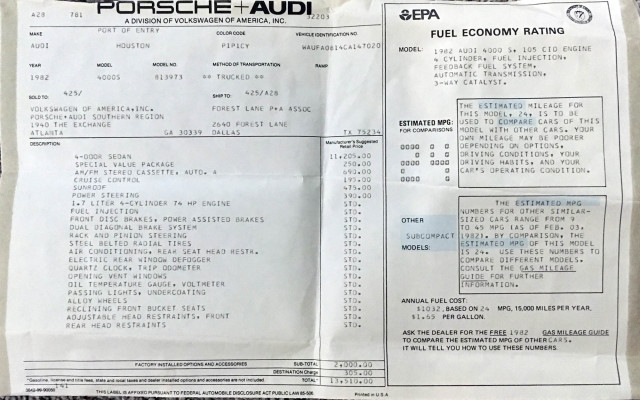 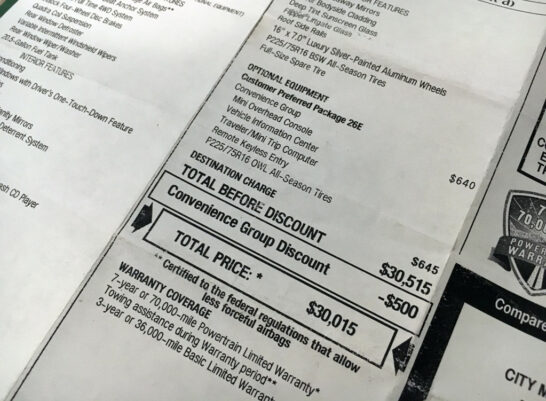 According to Alex Epstein, the Director of Transportation Safety at the National Safety Council:

“The information is verified by the federal government (EPA and NHTSA) so we know it’s one standard across all automakers. It is an excellent communication device for new or used cars at the point of sale.”

The Monroney label is the single most important tool in helping the consumer make an informed decision on the worth of a new vehicle. Without it, manufacturers incur a $1,000 fine. Even if a person alters it before reaching the dealership, the fine can include a year in prison.

In addition to details related to equipment, safety rating, fuel economy & price the most important thing that’s relevant to our discussion here, is the percentage of local parts. By law, automakers have to disclose where the car was assembled, the percentage of equipment originating in USA and Canada, and the country of origin of the engine and transmission. This information is also clearly mentioned on the Monroney label. 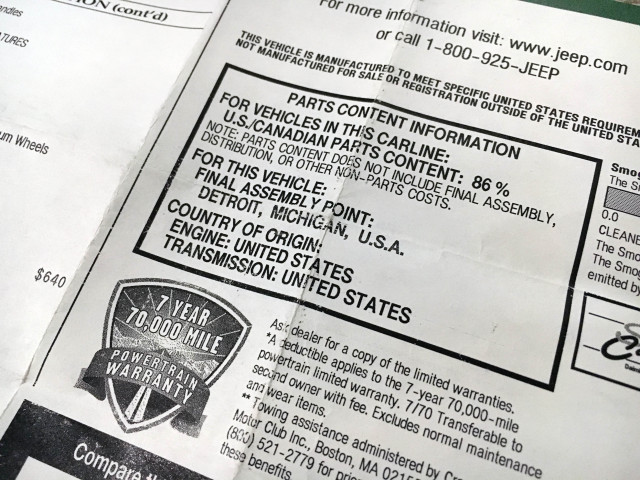 If such a huge market with an array of automakers offering hundreds of products distributed across thousands of trims can be managed, why is it so difficult for us to monitor a handful of assemblers offering a very limited number of products which can be counted on finger tips? Assemblers’ claims of up to 70% localization is based on the number of parts requiring basic engineering such as rims, seats, lights, bumpers or includes the technical stuff such as engines, transmission, ECUs, airbag assembly etc?

Unfortunately we say we are committed to battle the foreign exchange outflow but all we love to do is to release our anger on used car imports which doesn’t even make up to 20% of the problem. According to latest information, the import bill of CKD and SKD kits stood at record $1.6bn in FY21 as compared to $727m in FY20. Furthermore, in the first two months of the current financial year (2M-FY22), import of CKD/SKD kits for local assembly of vehicles swelled by 214% to $369m from $117m in the same period last fiscal year, while import of new CBU vehicles witnessed a surge of 118% to $103m from $47m in 2M-FY22. While we might have increased the spend beyond tolerance in form of CKD/ SKD import, the thing is, hysterically its all being labeled as ‘local’. 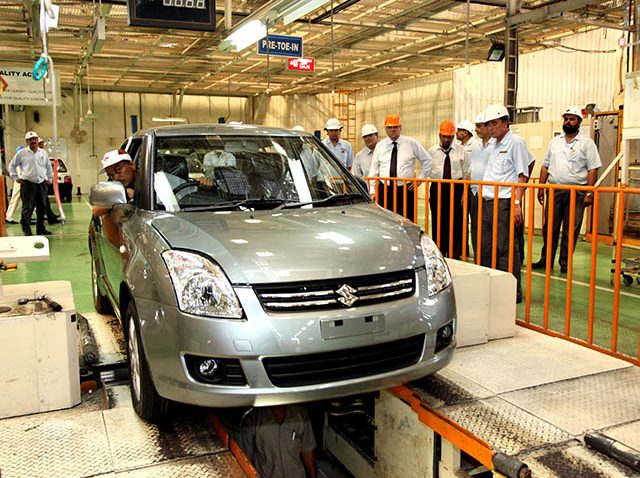 Recently, the Economic Advisory Group (EAG) also noted that new automobile policy is a repetition of the mistakes committed for over 40 years in automobile industry by applauding market-seeking FDI (foreign direct investment) and establishment of assembly plants, which are the lowest components of the entire value chain, least profitable and do not enable transfer of technology. According to EAG, the inflow of FDI has been limited compared to profits earned and repatriated out of the country.

Perhaps its high time we should brainstorm on how to uplift our auto parts sector which will eventually become the backbone of proper localization. Without which, we will remain importing CKD/ SKD stuff and will keep calling them ‘local’ only because they have been put together in our country. And to begin with, something similar to Monroney Label should be introduced, carrying necessary information about any vehicle sold in the country. Tax & other incentives should be offered based on level of localization achieved and complete ‘transfer of technology’ should be made mandatory for any model that has been in production for over 8 years.

Do you think the government should audit the achieved localization level of cars assembled in Pakistan? Let us know with your comments.