All Pakistan Car Carrier Association (APCCA) has said it will stop transporting vehicles effective from 25th of November 2021 until further notice, amid multiple incidents of luxury vehicles stolen from car carriers on gun point.

On 20th November, a car carrier was taken in custody by armed dacoits near Naushahro Feroze area and took away two brand new unregistered Toyota Land Cruiser V8 vehicles. They tied the hands of drivers & other staff on the carrier and dumped them in a sugarcane field. Then hardly four days later, on the 24th of November, another armed robbery took place near Hala when dacoits took away 3 brand new Toyota Hilux Revo cars. 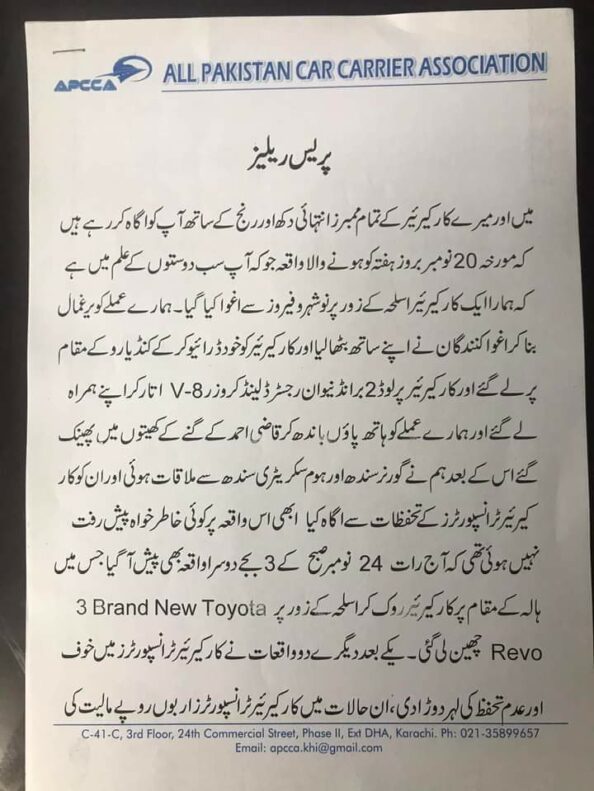 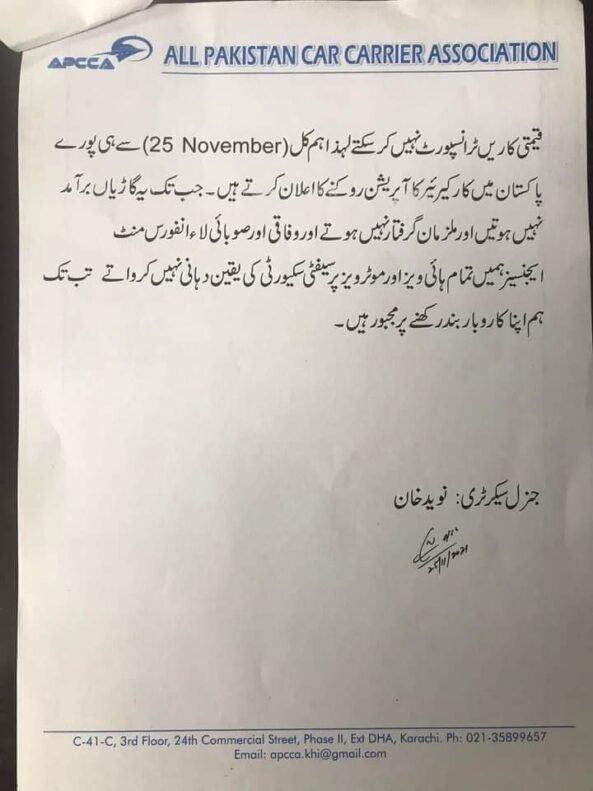 According to reports three such incidents have taken place within the last couple of months. In this situation, APCCA says it cannot transport expensive vehicles worth several millions and has urged the government and authorities to ensure proper safety & security on highways and motorways. APCCA has also demanded the authorities to apprehend the culprits and recover the vehicles until then they will continue to suspend their nationwide operations.

wpDiscuz
Tags:stolen
previousKia Teases the Next Gen Niro Ahead of Debut
nextGovt to Stop Import of CBU Vehicles