Car Prices in Pakistan are Higher than Other Regional Markets

The government has recently admitted that some car assemblers in Pakistan were selling vehicles at higher rates and were not delivering some variants within the prescribed time of two months which was resulting in black marketing.

Last week, the Minister for Industries and Production Ghulam Murtaza Khan Jatoi, in a written statement compared the prices of few cars that are assembled in Pakistan against those sold in other Asian markets, and found that while some cars are sold at a higher rate in Pakistan, the prices of other models are relatively low.

But the report doesn’t take into account the model/ generation, specifications or safety equipments that cars in other Asian markets offers against the price being paid. Compared to this, the vehicles sold in Pakistan are yet to meet export quality, they are feature-ripped and under-spec in terms of equipment & safety, yet are priced quite high, coupled with extra-long delivery period.

Take the example of Suzuki Swift, it’s sold in Pakistan for a price tag of PKR 14.05 for manual, and PKR 15.41 lac or the automatic variant. Not to mention the Pak Suzuki Swift misses airbags and more importantly is a 14 year old 2nd generation model that was globally discontinued in 2010. The Swift currently is in its 4th generation (launched in December 2016) and for the sake of comparison is available for just INR 4.99 lac in India, which is equivalent to PKR 8.45 lac, and goes as high as INR 7.29 lac (equals PKR 12.3 lac) for the fully loaded version.

Bear in mind the Swift elsewhere is 2-generations ahead compared to ours and comes with features such as Driver/ Passenger Airbags, ABS with EBD & BA, automatic climate control, push-start-stop button, reversing camera & rear windshield wiper etc.

The 4th gen Swift is miles ahead in terms of technology compared to the old 2nd gen that we have here. It is based on the new Heartect platform making it lighter by about 85kgs than its predecessors. Due to a lighter bodyweight, the new Swift delivers better performance and fuel efficiency figures. Considering all this, one can easily compare the over-expensive 2nd generation Swift in Pakistan versus the feature-packed, technologically advanced, economical yet affordable 4th generation elsewhere. The fully loaded Wagon R VXL in Pakistan cost PKR 10.94 lac however the car misses out plenty of features found in international variants. Across the border, the Wagon R is considered as the most successful Suzuki hatchback. In September 2017, it surpassed 2.0 million sales mark in India making it one of the most successful cars there. The Wagon R in India is priced between INR 4.2 lac to INR 5.4 lac which converts into PKR 6.73 lac and PKR 8.65 lac respectively. The case of Celerio (New Cultus) is even more interesting. The Celerio in most markets comes even cheaper than the Wagon but in Pakistan its pricing is an example of economic atrocity. In India the Celerio starts from INR 4.32 lac (PKR 7.3 lac) for the base model while it cost just INR 5.17 (PKR 8.41 lac) for the fully equipped AMT version, however Pak Suzuki Cultus VXL AGS is insanely priced at PKR 15.28 lac here in Pakistan. The Suzuki Ciaz is yet another example of a reasonably priced feature packed car, that has been badly stripped and priced ridiculously high in Pakistan. The Ciaz across the border is priced from INR 7.7 lac (PKR 13.1 lac) to INR 10.5 lac (PKR 17.7 lac) for the fully loaded version. However the local Ciaz that’s a stripped version specifically made to be sold in Pakistan is priced at PKR 18.59 lac for manual and PKR 19.99 lac for the automatic, while misses out more than a dozen features found in international versions.

The case of Honda City in Pakistan isn’t much different either. The 5th generation City sold here, was discontinued elsewhere in 2013 and is no longer available for sale other than Pakistan. Internationally it was replaced by the 6th generation City in 2013, which in January 2017 has received a thorough makeover. There are reports regarding the launch of next generation City in international markets by 2019, but the 5th gen City that was introduced here in January 2009 continues to be sold here despite nearing 10th year of its production in our country.

In case of Corolla Altis, it is true up to some extent as the prices are slightly lower than other markets but the key difference is the availability of the numbers of airbags offered (up to 7-Airbags) in other markets. And while the Altis is said to have been rightly priced, the same cannot be applied to the lower-spec variants in Pakistan as they misses out on safety & equipment, but it’s not possible to compare the 1.3 liter Corolla from other markets as Pakistan is probably the only country where the 1300cc Corolla is sold.

And this just doesn’t end here for the locally assembled cars, thanks to duties on imported vehicles, a car buyer in Pakistan has to pay nearly double more when it comes to imported models. For example, the newly launched Honda CR-V which is priced at PKR 95.0 lac here in Pakistan. 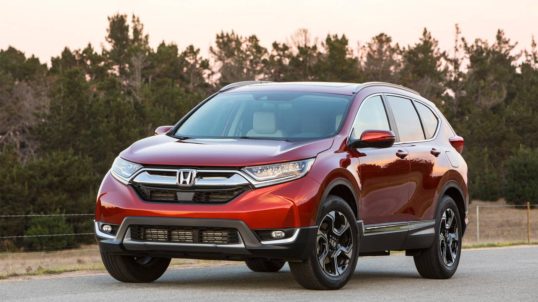 Despite paying a very high price for old, feature-stripped vehicles that lack export quality, the waiting time to get the deliveries of these vehicles consist of several months. Although the minister said as per Automotive Development Policy (2016-21), price and delivery schedule, must not exceed two months, but the customers doesn’t seem to be benefiting yet.

Under regulations any delay over two months results in a discount @ Kibor+2 percent prevailing on the date of final delivery/settlement from the final payment. Mr. Jatoi said it is a measure to discourage any delay in the delivery time beyond sixty days. He further said that as per auto policy the auto assemblers are required to reimburse Kibor+2% to the customers on late deliveries beyond 60 days.

Although the competition is arriving in auto industry, thanks to the new Auto Policy (2016-21), it is yet to be seen if the auto consumers of Pakistan will get reasonably priced vehicles in an acceptable delivery time-frame, with quality and features that matches the international versions.