Carlos Ghosn pledged to cement Renault’s partnership with Nissan Motor Co. and Mitsubishi Motors Corp. after agreeing to stay on as chairman and CEO of the French automaker for the next four years.

The companies will come up with a plan in the next few weeks to “make the alliance irreversible,” Ghosn told analysts Friday at the company’s headquarters near Paris.

But Ghosn made clear that Renault and Nissan are in no rush to merge- especially on French government terms and reiterated his view that a full tie-up was impossible while France retained a significant Renault stake.

“I don’t see how the Japanese side is going to accept further steps with the French state as a major shareholder,” he told analysts.

Ghosn’s reappointment, announced Thursday, put to rest weeks of speculation about Renault’s leadership and ensures the longtime CEO will continue to steer the company through a potentially jarring technology transition 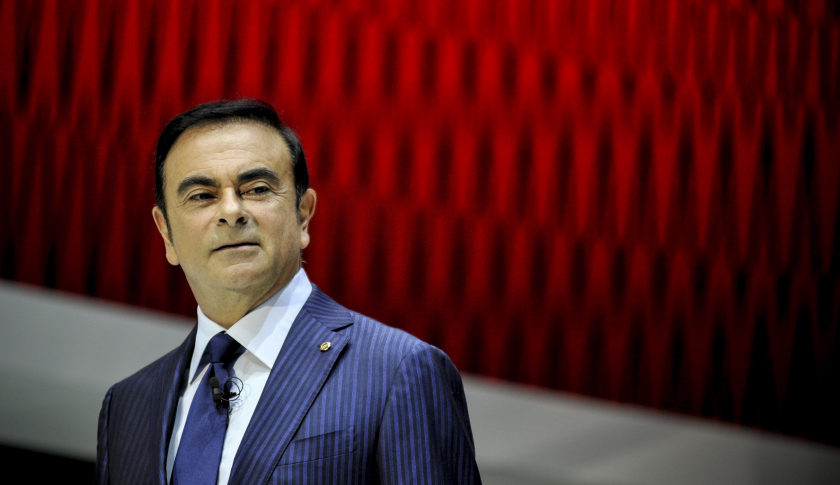 Carlos Ghosn, is a Brazilian-Lebanese-French businessman, who is currently the Chairman and CEO of France-based Renault, Chairman and former CEO of Japan-based Nissan, and Chairman of Mitsubishi Motors.

Ghosn is also Chairman and CEO of the Renault-Nissan Alliance, the strategic partnership overseeing Nissan and Renault through a unique cross-shareholding agreement. The Alliance, which includes AvtoVAZ and Mitsubishi, has held approximately 10% of the global market share since 2010, and as of 2017 is the third largest automobile group worldwide.

He is best known for his radical restructuring of Renault that returned the company to profitability in the late 1990s. While in the early 2000s, orchestrated one of the auto industry’s most aggressive downsizing campaigns and spearheading the turnaround of Nissan from its near bankruptcy in 1999.

Ghosn joined Nissan as its Chief Operating Officer in June 1999, he then became its President in June 2000, and was later named Chief Executive Officer in June 2001. When Ghosn joined the company, Nissan had a consolidated interest-bearing net automotive debt of more than $20 billion (more than 2 trillion yen), while only three of its 46 models sold in Japan were generating a profit.

In the first year of the Nissan Revival Plan, Nissan’s consolidated net profit after tax climbed to $2.7 billion for fiscal year 2000, from a consolidated net loss of $6.46 billion in the previous year. Just 12 months into his three-year turnaround plan, Nissan had returned to profitability, and within three years it was one of the industry’s most profitable auto makers, with operating margins consistently above 9%, more than twice the industry average. The goals of the Nissan Revival Plan were all reached before 31st March, 2002.

Related: Carlos Ghosn Poised for Third Salary after Being Confirmed As Mitsubishi Chairman

Carlos Ghosn is currently among the highest paid auto executives. He earned a record 1.098 billion yen ($9.8 million) in 2016, and has topped the list of the best paid executives of Japan in recent years. Ghosn received a separate salary of 7.06 million Euros ($7.89 million) last year as CEO of Renault. His salary was increased by 27 million yen last year owing to new responsibilities as the head of the Renault-Nissan-Mitsubishi alliance.

According to Ghosn, Renault, Nissan and Mitsubishi is probably the most advanced and profitable car maker when it comes to producing electric cars, the company’s CEO told CNBC Friday. The alliance, which started work on electrification back in 2008, announced last year that it is going to produce 12 new electric cars within the next five years. Speaking to CNBC, Carlos Ghosn, said “We’re probably the only carmaker who’s starting to make money selling electric cars.”