Changan Alsvin Prices to be Revealed on 11th January

Changan Alsvin is probably the most awaited sedan in Pakistan, the segment which is set to witness a new locally assembled option other than Toyota and Honda after nearly 14 years. The last local assembled sedan (other than Toyota and Honda) was Suzuki Liana that rolled off the Pak Suzuki assembly lines in 2006 but was pulled out of the race in 2014 due to incessant poor sales.

The Alsvin stunned the public ever since it was unveiled in December 2020. Although at that time the company didn’t reveal its prices, it was still able to garner more than 17,000 pre-bookings which demonstrate the willingness of public to opt for something new & different. 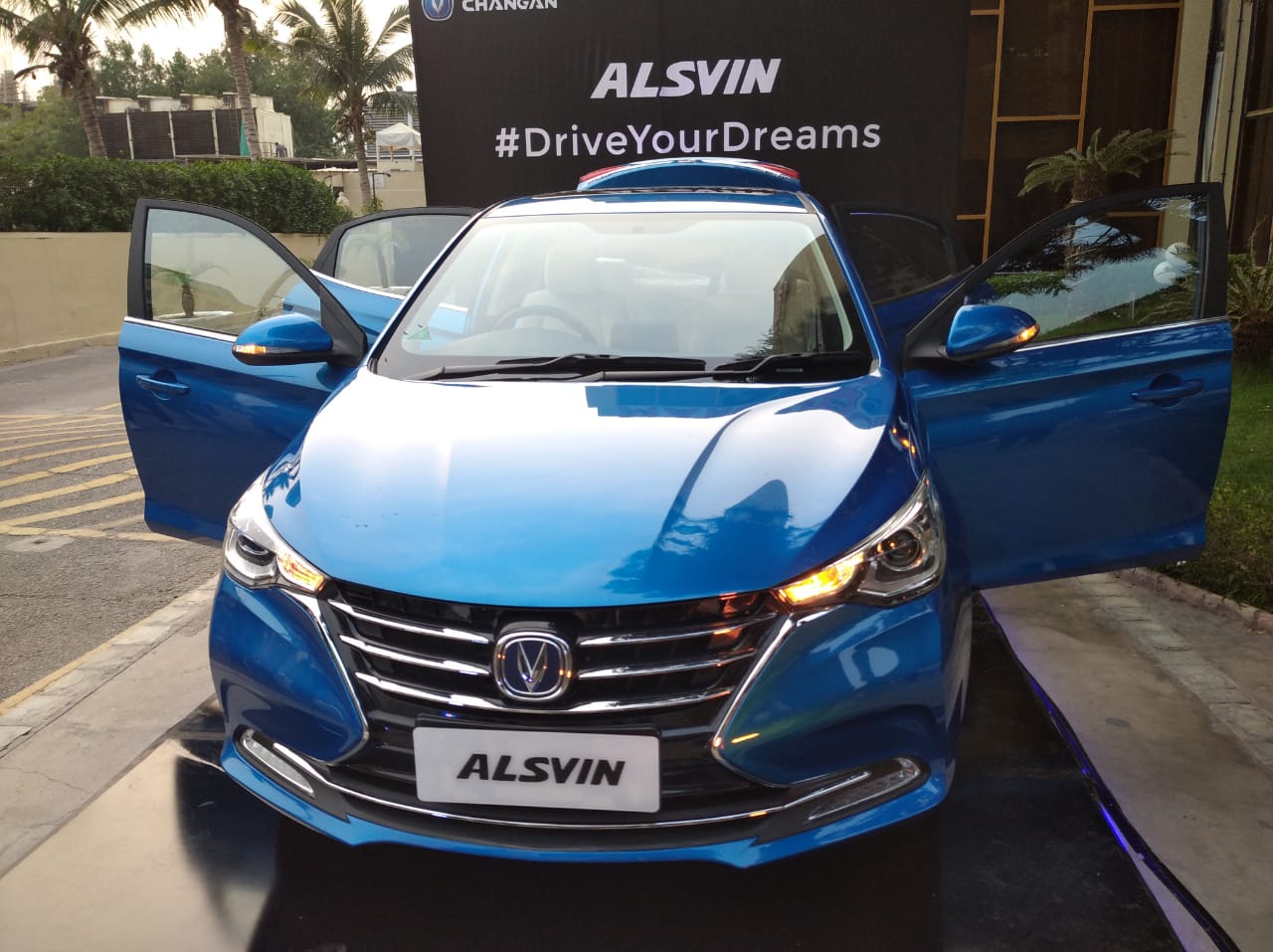 On the 7th of January, the company conducted a lucky draw that will serve 1,000 lucky winners with 1-Year Free Maintenance. These will also be the first exclusive customers to book & experience the Alsvin sedan. To maintain transparency, the digital draw event was held in presence of representatives of renowned automotive portals of the country including CarSpiritPK.

Prices to be Revealed on 11th January

The company will announce the prices of Changan Alsvin variants on the 11th of January, the same day the vehicle will be available for display at dealerships. The first 3 days (11th, 12th & 13th January) will be exclusive only for those lucky winners who pre-booked the vehicle. Bookings for the public will open from the 14th of January with deliveries set to commence from March 2021. 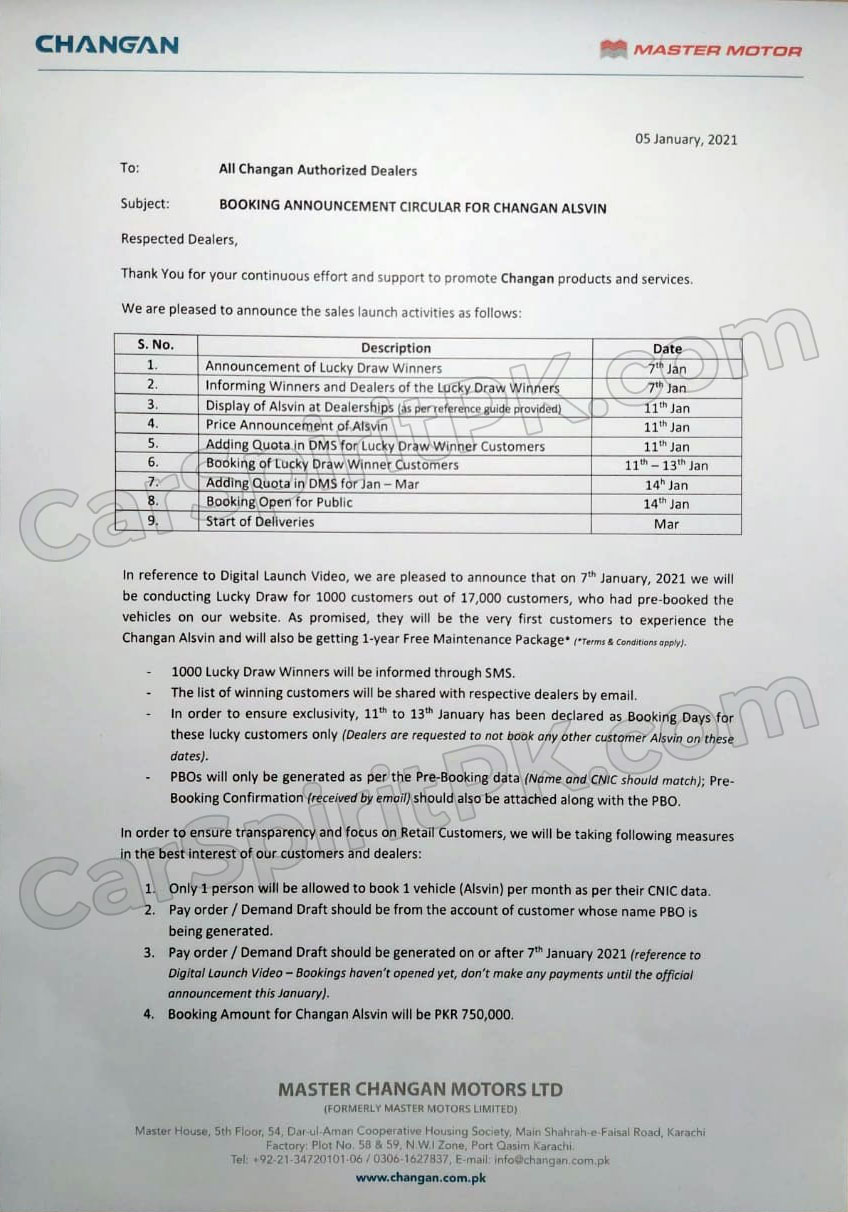 Furthermore in order to ensure transparency & eliminate the investor-made bookings, the company will allow only 1 person to book the Alsvin in a month as per the CNIC data. Plus the payment through pay order/ demand draft must have to be made from the account of customer whose name matches with the booking order. The pay order/ demand should be generated on or after 7th January 2021, as no official bookings were being made before this date. The booking amount for Changan Alsvin is Rs 750,000.

Available in 3 variants and 2 engine & transmission options (1.37L M/T, 1.5L DCT, 1.5L DCT Lumiere), the Alsvin looks to be a promising addition to the segment with its quality & features on offer. The vehicle will go against the likes of Honda City and Toyota Yaris and will face competition from upcoming Proton Saga and BAIC D20 sedans in near future.