Changan Showing its Muscles with 100,000km Endurance Test in Philippines

In early 2000s, Chinese cars become famous all around the world due to their blatantly copied designs and poor crash test results. However the Chinese were quick to rectify their errors thanks to a steep learning curve which helped them produce quality cars in a very short span of time. Today Chinese cars are acknowledged in most major markets around the world due to their looks, rich equipment on offer, cheaper price & above all, the performance.

They say what Japanese achieved in 40 years, Chinese have done in less than 20 years. And while it remains a fact that China is on the forefront of producing battery electric vehicles, it still wants to prove its strength in ICE (internal combustion engine) vehicles. One such attempt was made earlier this year by renowned Chinese automaker Changan, in a bid to enhance its reputation in Philippines.

Changan tested its CS35 Plus subcompact crossover  which passed the engine endurance test in flying colors. Done over a period of 122 days, covering a route from Calamba City in Laguna, going up to Baguio, and culminating in Batangas, the CS35 Plus powered by turbocharged 1.5L BlueCore engine, clocked 100,000kms without a hitch. Some days even saw the engine running 24 hours a day, 7 days a week. 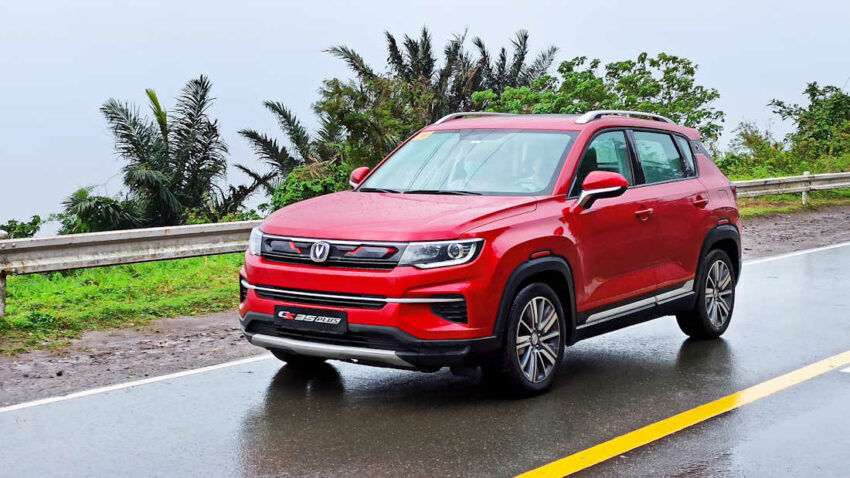 This was followed by a day-long fuel consumption test from Calamba City to Baguio City, where the Changan CS35 Plus took on a combined highway and city driving, as well as the requisite uphill climb to the Summer Capital. In this run, it averaged 14.6 km per liter. The test culminated with the CS35 Plus looping around Calamba City to Batangas City, averaging 820 kilometers a day. After the competition of its endurance testing, the CS35 Plus remained unfaltering, with just its standard periodic maintenance service done every 10,000 kilometers.

These results bolster the accolades the Changan CS35 Plus has been receiving globally. It ranked the highest at the 2020 J.D. Power China Initial Quality Study (IQS), and the 2020 J.D. Power China Automotive Performance Execution and Layout (APEAL) Study. Bear in mind the CS35 Plus is powered by the same 1.5T BlueCore engine that was named in the Guinness World Records for “Longest Live Video Broadcasting” challenge with the engine running non-stop, live and online, for more than 250 hours at a sustained speed of 5,500 rpm.

Commenting on the achievement, Fe Perez-Agudo, the President and CEO of Changan Motor Philippines, said:

Changan attributes these results to its Changan Automobile Product Development System (CA-PDS) and Changan Automobile Test and Verification Systems (CA-TVS) which ensure that every vehicle that leaves its factory has passed an array of tests. CA-PDS covers product life cycle and accurately guides the Changan product development team to meet customer demands. While CA-TVS ensures durability and performance by subjecting every new vehicle to more than 12,400 tests in 16 areas, including parts verification, system matching, and complete vehicle level, totaling 4,000,000 kilometers of punishing driving conditions. Product testing takes place at the sprawling Chongqing R&D base which houses the Changan Automobile Comprehensive Test Field, one of the most accurate of its kind in Asia.

The current breed of Chinese cars are gradually becoming popular in Pakistan as well. And as the time progresses, the acceptance of Chinese vehicles like other parts of the world is increasing among the auto consumers of our country. Changan too, having launched the likes of Alsvin sedan and Karvaan minivan is in process of expanding its product portfolio in Pakistan with more vehicles expected to be introduced later this year.