Changan has officially revealed their newest Nio-II electric vehicle (EV) ahead of its debut at the upcoming Guangzhou Auto Show, scheduled to open its doors from November 16th.

The 2-seater cure little EV measures 2,770 in length, 1,545 in width and 1,690mm in height and has a wheelbase of 1,680mm. The fascia bears a closed front grille design matched with split headlights, which makes the whole vehicle look smart and without losing its personality. The upper end has DRLs on either end connected with a blue strip. The Nio-II comes equipped with 145/60 R13 tires supported by 4-wheel disc brakes. 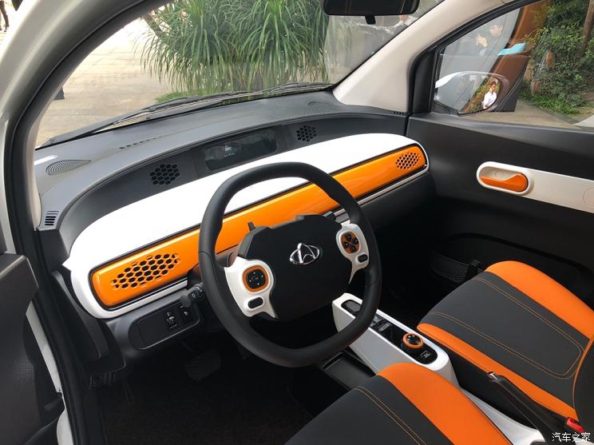 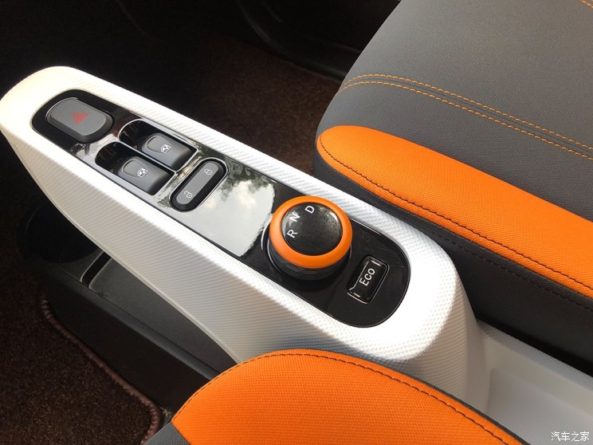 The interior design is simple and symmetrical with a two-tier dashboard, having the digital meter console centrally aligned. The double-spoke steering wheel, with its multi-function buttons on the sides hints a gamepad, and adds a touch of fun to the driving experience. The color combinations are black & beige well supported with bright orange color used in quite a few places. 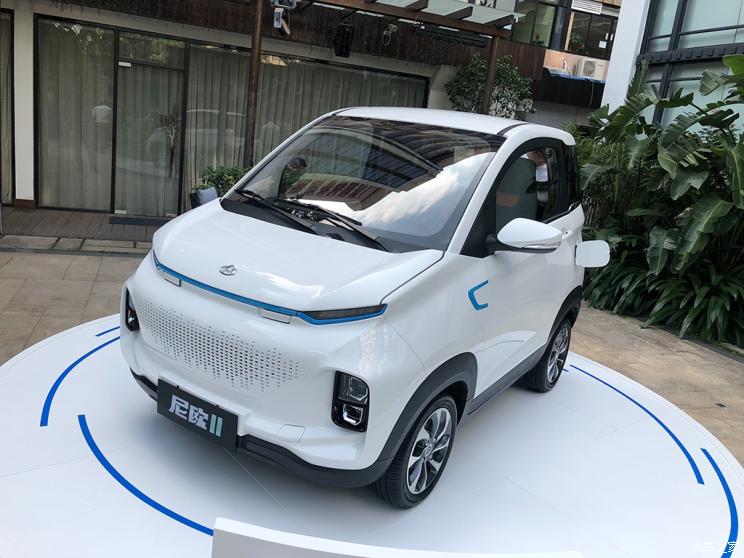 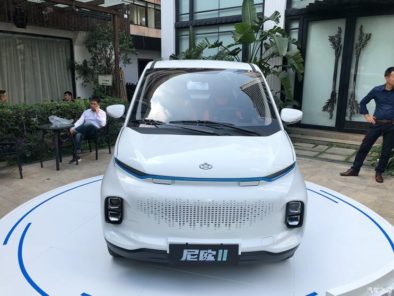 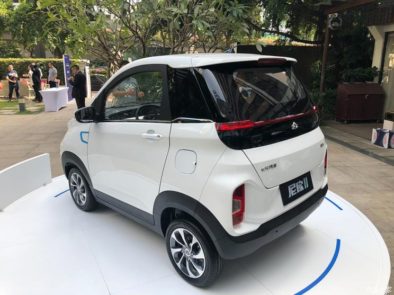 The Nio-II uses a front  McPherson strut/rear single-inclined suspension combination, equipped with a drive motor with a maximum power of 41 hp (30 kW) and a 21.03 kWh power battery pack. This gives the vehicle a comprehensive cruising range of up to 205 km in a single charge.

With urban car ownership on the rise, traffic congestion and tight parking spaces have become the pain points of many car users in big cities of China. The compact size of these minicars has a unique advantage in terms of space requirements.

Chinese car manufacturers including Changan have now shifted their attention in developing small electric cars in China. Changan has also already announced to stop developing conventional gasoline engine vehicles for the Chinese market. The production of these internal combustion vehicles will be relocated to Pakistan where its joint venture partner Master Motors will take care of production and export to RHD markets across the globe.