Specifically, the Mars Architecture, which included two main technologies, the platform architecture and the EEA electronic and electrical architecture. The second core technology is the Kunpeng Power, which covers a variety of power technology routes, including hybrid engine, hybrid box, electric drive, battery, and hydrogen power. 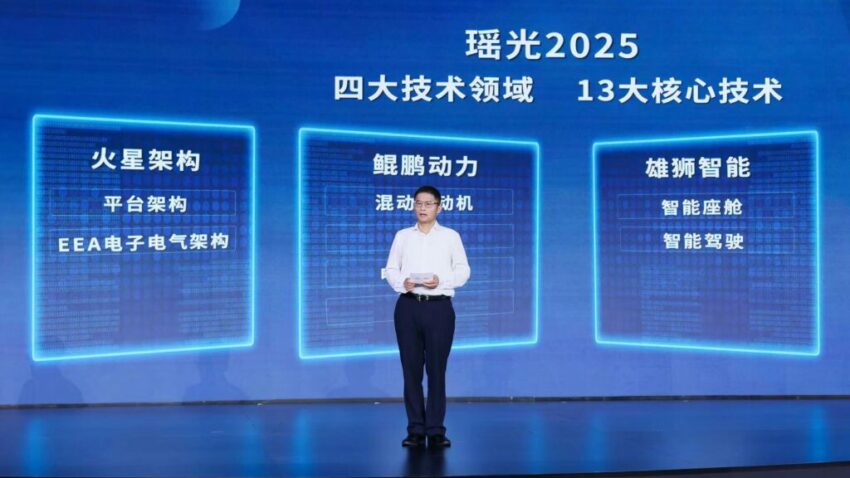 The third targeted technology, Lion Intelligence, covers two major areas, smart cockpit and intelligent driving. In terms of a smart cockpit, Chery aims to create a cockpit that focuses on the design, intelligence, emotion, and humanized features. In terms of intelligent driving, the company will build on its Chery Pliot’ R&D concept to create a user-centered autonomous driving technology system, which will provide users with a hassle-free, labor-saving, time-saving, user-friendly, and continuous experience.

Last but not least, Chery plans to reinforce its Galaxy ecosystem with a “1+3+N” approach. To specify, each one car model should consist of three technology supports, including an intelligent cloud platform, smart data, and upgrade, as well as numerous partners within the ecosystem. 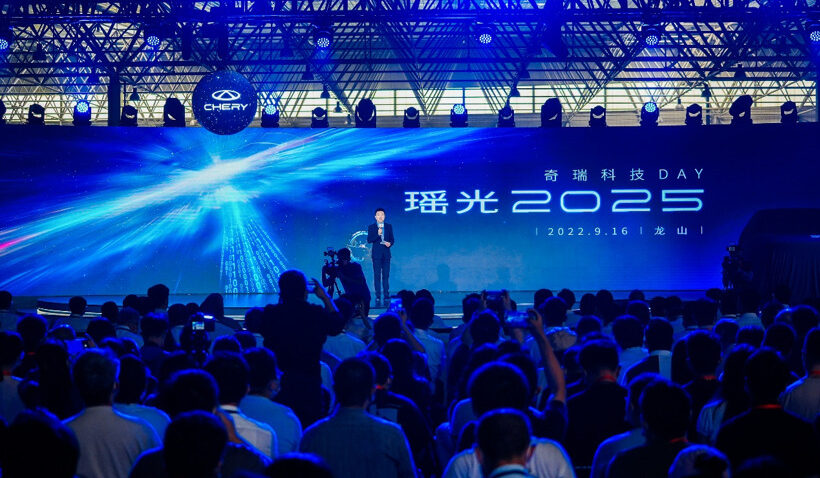 In order to achieve the above goals, in the next 5 years, Chery Holding plans to invest more than 100 billion yuan in R&D, cultivate more than 20,000 R&D talents, establish 300 Yaoguang laboratories, and support the interdisciplinary science and crossover technology research.

The GENE demonstrates the original design power of Chinese independent auto brands in multiple dimensions such as design, experience, and the ecosystem. In particular, with the support from Chery’s proprietary Galaxy ecosystem and many advanced technologies, the Gene successfully conceptualized the connection between the metaverse and the future automobile. 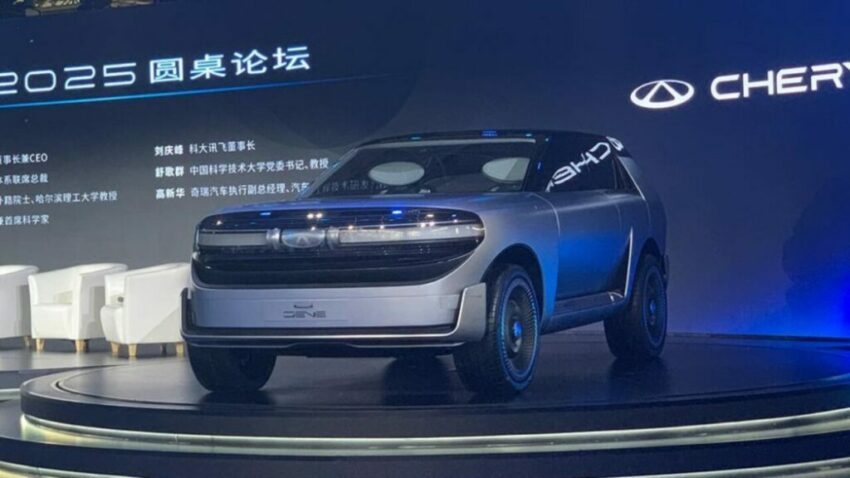 According to Chery, the GENE concept car is a focus of this time, and the purpose of this car is to explore the future family design language of Chery vehicles. The concept car uses electric drive, and is powered by solar energy. 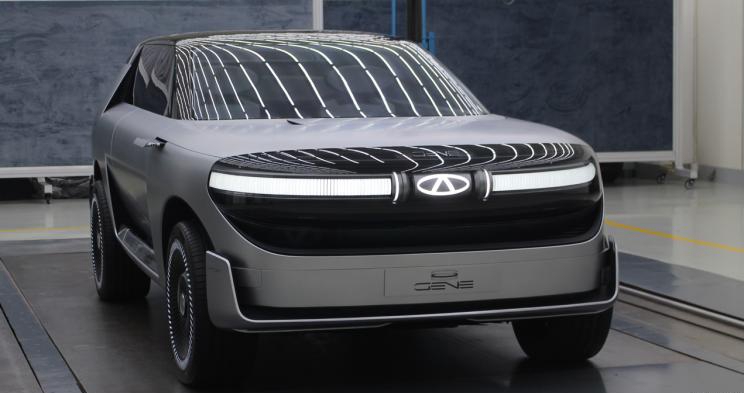 The GENE concept aims to “symbolize the brand” and strengthen the concept of “Chery Ring” by symbolizing the Chery Logo. The exterior of the concept consists of a giant annular body. The reason why it is called the ring is because the ring body starts from the logo and runs through the lights, radar, rear-view mirror, electric door handle, taillights and tail badge, and completely surrounds the exposed base part of the whole vehicle. 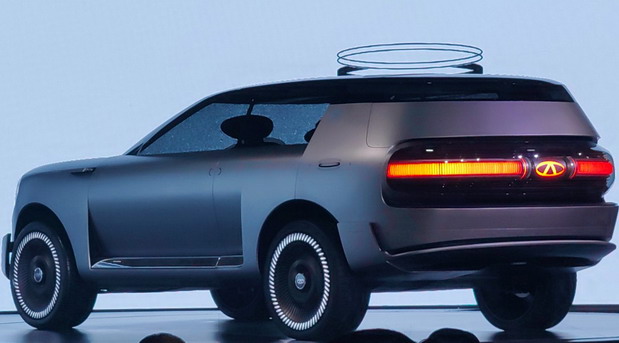 From the design point of view, the GENE SUV concept is very avant-garde, while the logo is composed of a three-layer annular structure. The exterior lights of the concept car are composed of a real mode (real-active driving) and a meta-universe mode (meta-autonomous driving), which can be switched according to the usage. As the headlights switched to the metaverse mode, the Chery badge also enters the metaverse virtual logo mode from the reality mode.

In terms of dimensions, the concept measures 5 meters long, 2 meters wide and 1.75 meters high. Among other things, the concept vehicle is characterized by so-called suicide doors, an interior with four separate seats, as well as an electric skateboard packed in the back. The interior also has dual-mode switching, which can be experienced through the interaction of the steering wheel and the seats. 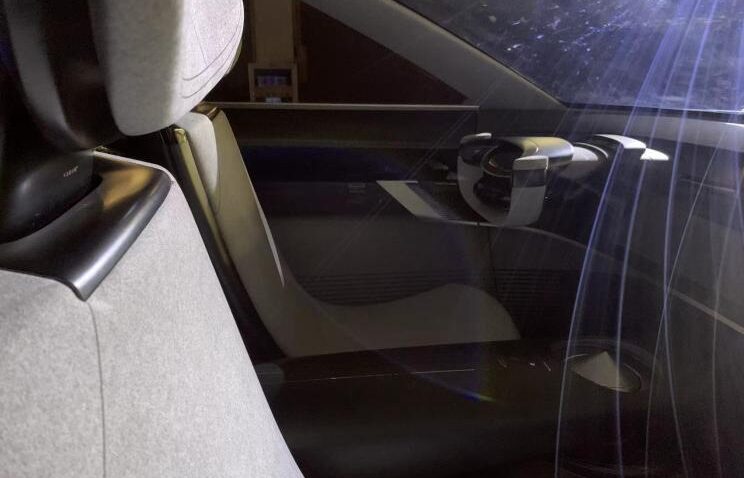 At the same time the virtual reality glasses (VR) hidden under the steering wheel will be launched, and the seat will automatically adjust to the semi-reclining mode once the passenger wears the glasses , providing comfort for the virtual experience. The central control also adopts a curved 27-inch embracing screen, and is equipped with Chery’s interactive “Galaxy Ecosystem”. 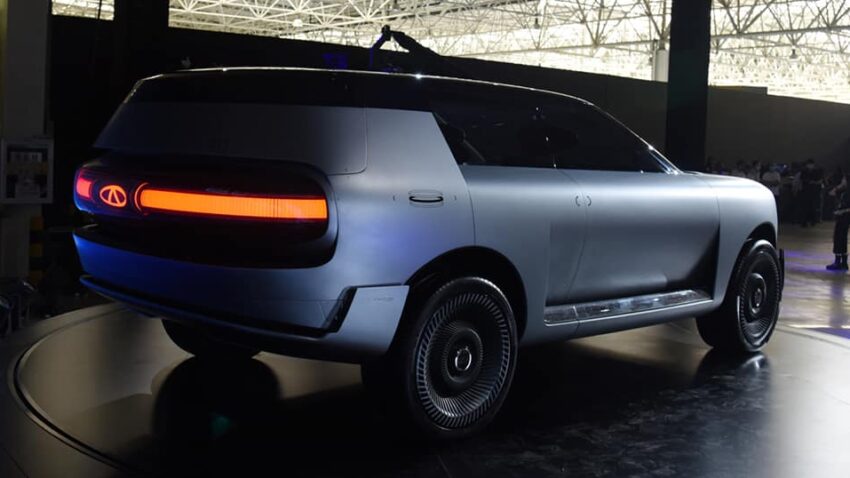