Daimler AG has officially announced that China’s BAIC Group now owns a 5% equity interest in the German company. This further cements the partnership between both companies that has existed since 2003 as BAIC operates a joint venture with Daimler AG in China. 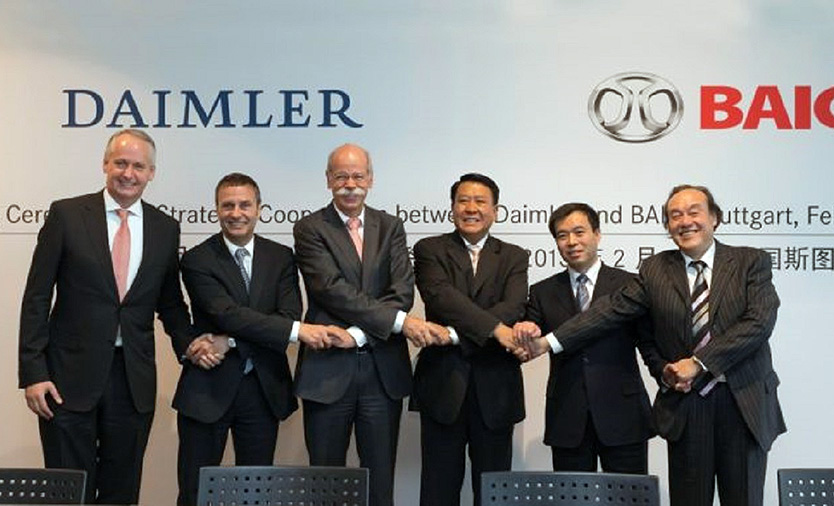 Ola Källenius, Chairman of the Board of Management of Daimler AG and Head of Mercedes-Benz Cars on this occasion said:

“We are very pleased that our long-standing partner BAIC is now a long-term investor in Daimler. This step reinforces our successful partnership and is a signal of trust in the strategy and future potential of our company. The Chinese market is and remains a crucial pillar of our success – not only for sales, but also for our product development and production.”

Over the years, the two companies have cooperated in the production, research and development, and the sale of passenger cars, vans and trucks. Daimler currently holds a 9.55% stake in BAIC since it first invested in the company in 2013, as well as a 3.01% interest in BAIC BluePark New Energy Technology.

Last year, the Chairman and Owner of China Zhejiang Geely Holding Group, Li Shufu amassed a 9.69% stake in Daimler AG becoming its single largest shareholder. Since then Daimler and Geely have been cooperating in various areas such as the formation of premium ride-hailing JV, and a deal to build Smart cars in China.