Chinese Cars are About to Become Mainstream in Europe

This year’s Paris Motor Show was dominated by Chinese and South Asian carmakers while in a process of stealing the show, they easily out shadowed the known European brands. While Chinese cars pulled a lot of crowd & customer attention, they irked European carmakers who are now seriously worried about their future in Europe— their home turf.

According to Gary Axon, a French automotive journalist who, when visited the 2022 Paris Motor Show was greeted by his fellow journalists as: “Welcome to the Peking Motor Show, and probably the last ever Paris Salon…!” Simply because there were more Chinese vehicle makers presenting at the show than French manufacturers.

This year’s Paris Motor Show (known as Mondial de l’Automobile by the locals) was the first to be held after Covid 19 pandemic, with the previous exhibition held way back in 2018. That edition was huge and occupied each of the 9 Porte de Versailles exhibition center’s vast display halls, as supported by the majority of the world’s leading car brands. By comparison, this year’s exhibition was a shadow of its former self as it was held within just 3 exhibition halls with evidence of the current global parts & supply chain as well as economic crisis all too apparent. Traditionally a showcase for France’s large domestic motor industry, was always given prominence in the main exhibition hall with non-French manufacturers consigned to the other halls. This year’s Salon saw Renault dominate the main hall, with just a couple of Stellantis’ French marques (Peugeot and DS Automobiles) taking pride of place in the adjacent hall. Citroën – the traditional star of the Paris Motor Show was not exhibiting at all, for the first time ever since the French company was founded in 1919.

In place of the ‘usual’ French manufacturers, and with not a single stand for any of the German, Italian, British, Japanese or South Korean cars makers, the space they vacated was occupied by a bewildering variety of Chinese and South Asian vehicle makers. Most of which were making their French/European motor show debuts, as a very strong signal of intent that the Chinese mean business in Europe, with a new car invasion set to take place imminently. 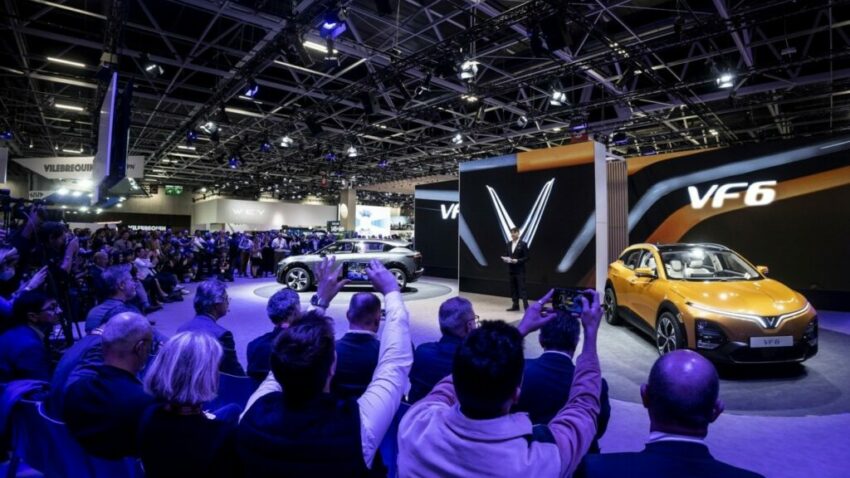 The majority of the Chinese (and Vietnamese) car makers present in Paris were showcasing their latest, very cosmopolitan and acceptable-to-European tastes, hybrids and all-electric vehicles, with the majority of models being either on-trend SUVs and crossovers. Chinese brands such as WEY, Seres, BYD, Leapmotors, ORA as well as Vinfast from Vietnam, had sizeable and impressive display stands filled with curious French car buyers trying a WEY Coffee 01, BYD Tang or Seres 3 out for size. All of these are set to become genuine rivals for their well-known rivals such as the Citroën C5 Aircross, Audi Q5, Ford Kuga, BMW X3, Toyota RAV4, Volvo XC40 and so on.

Looking at the vehicles displayed in Paris, the latest breed of Chinese cars seem to offer promising quality and reasonable value-for-money, an impressive list of features & equipment and full 5-star safety rating as per European standards. These are certainly not the machines that most European drivers would be embarrassed to be seen in. It now seems that the timing is almost perfect to launch these all-new low-emission Asian products on to discerning and receptive European drivers. 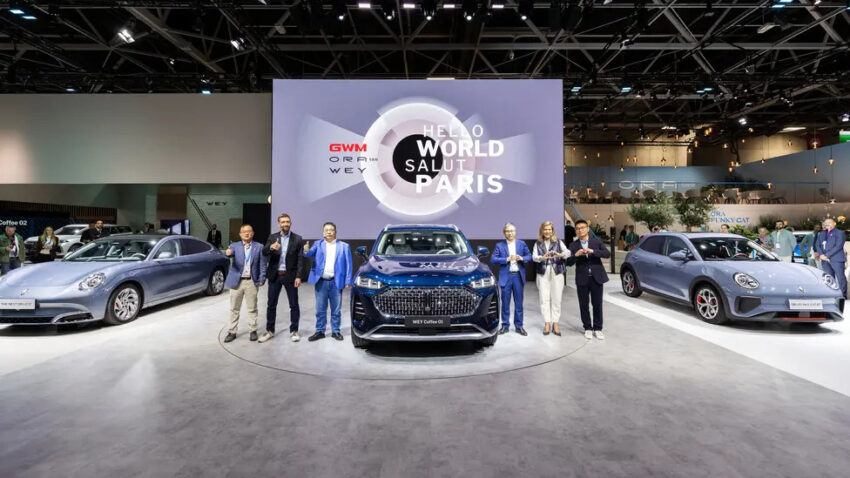 Based on the extremely positive reaction of the Paris show-goers to these Chinese cars, there is already some talk in France of applying import restrictions, and/or higher taxation duties, to try and restrict Chinese imports into the country. In much the same way that France (plus many other European countries) did in the 1970s to curb Japanese imports when the likes of Nissan/Datsun, Toyota and Honda were beginning to steal multiple sales away from the more established, traditional European volume marques.

In near future, European automakers will have to compete with a flurry of Chinese automakers which can be counted in multiple dozens, as well as newcomers such as VinFast of Vietnam, as well as TOGG of Turkey which is expected to launch its first all-electric SUV before the end of this year. And from the looks of it, the Europeans already know they are in big trouble of losing their home market especially due to the absence of pure-electric models. 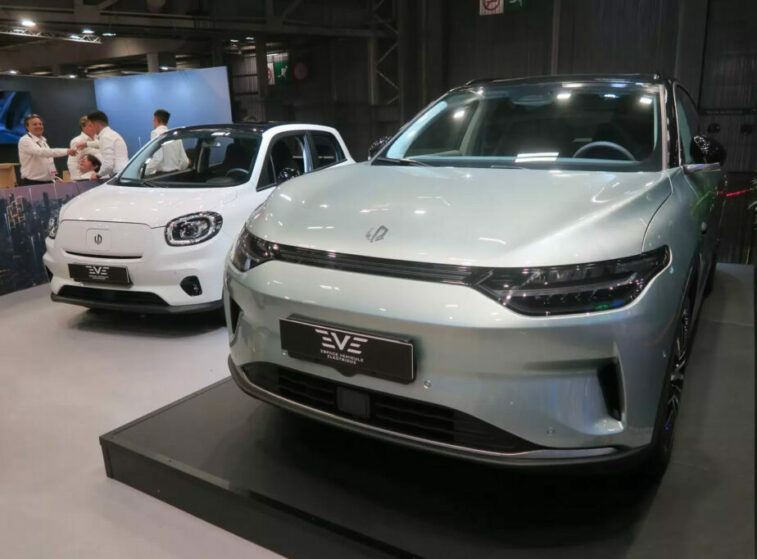 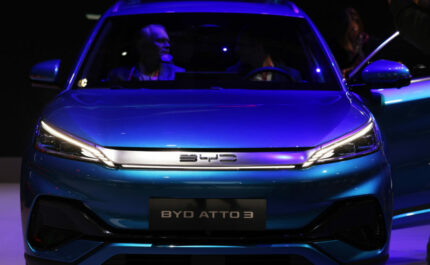 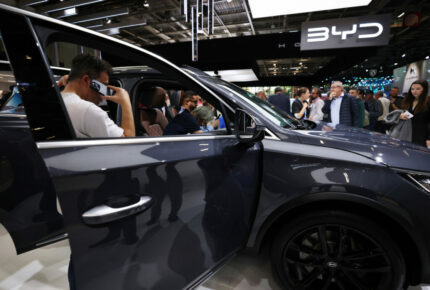 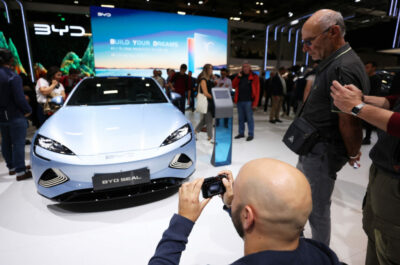 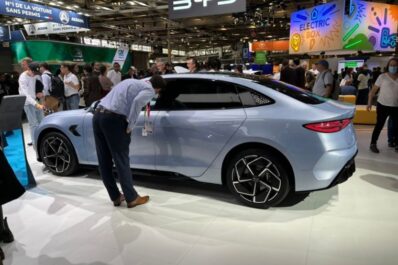 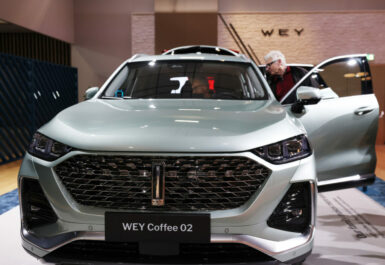 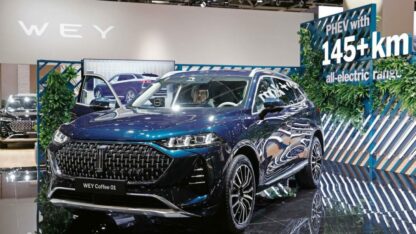 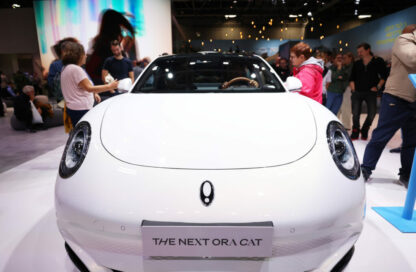 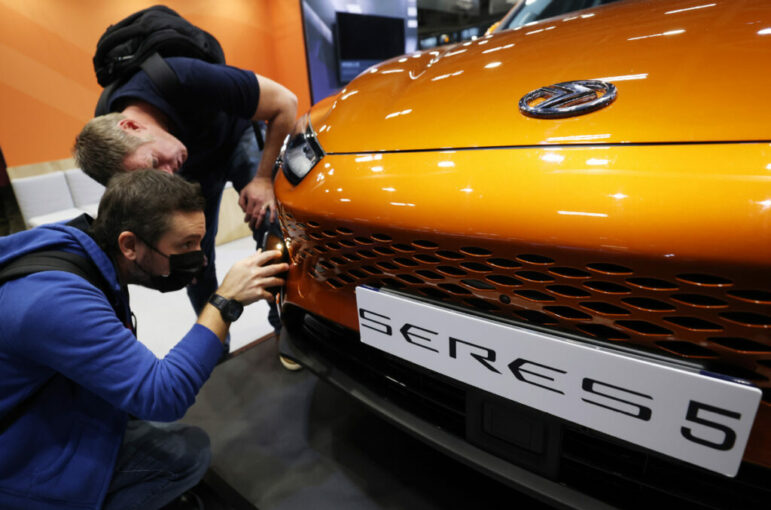 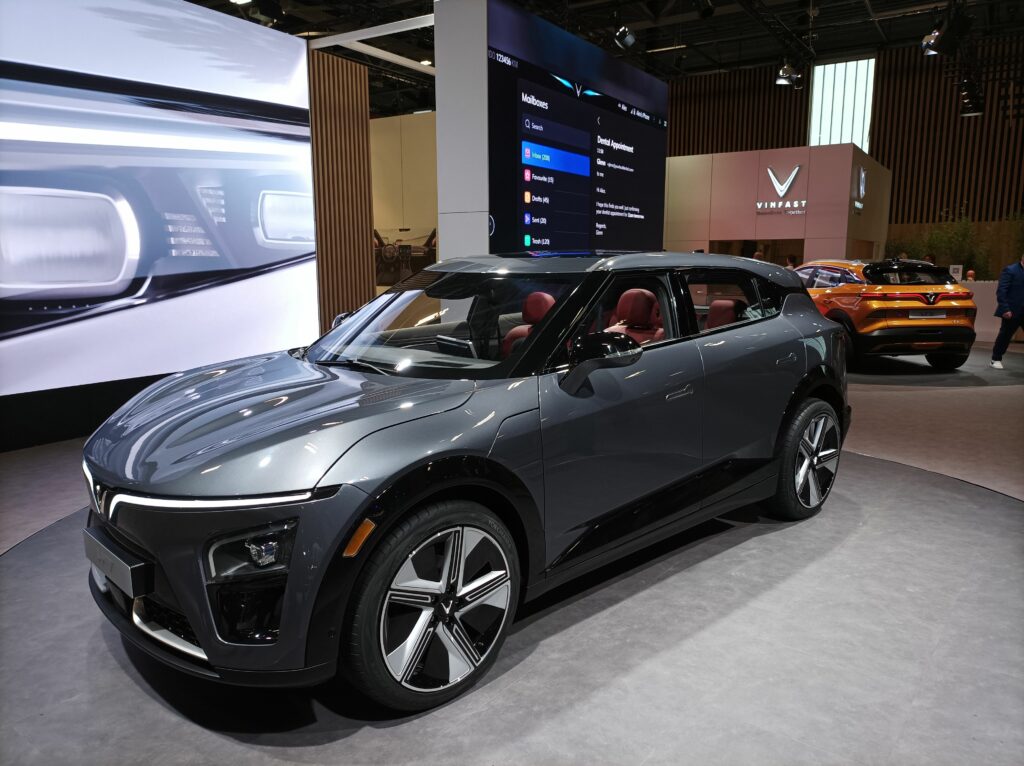