Finally after a decade of production run, Suzuki has decided to bid farewell to the 2nd generation Swift in Pakistan. According to the company letter obtained by CarSpiritPK, Pak Suzuki has communicated to its business partners that the Swift will officially be discontinued from August 2021. 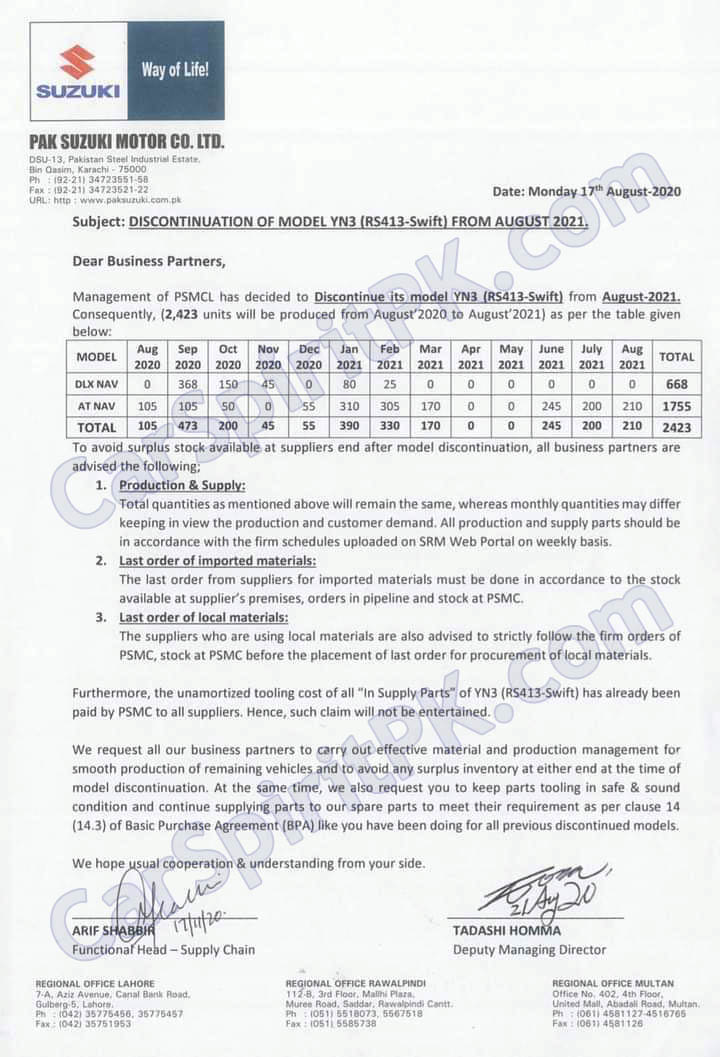 2,423 units of the Swift will be produced during the next 1 year with the manual version going out of production by February 2021 whereas the automatic variants will last till August 2021 as per the schedule given in the document.

Pak Suzuki has requested its partners to carry out effective material & production management for smooth production of remaining units as well as to ensure continuous parts supply even after the model is discontinued.

The 2nd gen Swift was launched in Pakistan back in January 2010 after it was already replaced by the 3rd generation model in international markets. As per reports we have, the company will be introducing the 4th generation Swift as a replacement. So get ready to say Sayonara to the 2nd gen Swift in Pakistan!