Crossover & SUVs have have started to outnumber new sedans in key markets across the globe. According to Statista, sales of these vehicles are expected to exceed 50 million units by 2023. Like everywhere else in the world, CUVs have become a new craze in our market and have started to out-shadow conventional sedans & hatchbacks with more & more players exploring the segment with their multiple offers.

In 2017, the market share of crossover & SUVs in Pakistan was just 7% among new car sales. However by the end of 2021, the CUV share has increased to 22% which is expected to grow even further in 2022. In many countries, share of CUVs is over 50% already, and from the looks of it Pakistan is on its way to catch up pretty fast.

If we take a look at our market for crossover & SUVs that have either been introduced or are expected to go on sale in near future, the number exceeds well above 16 with MG HS and ZS, Kia Sportage & Sorento, Peugeot 2008, Kia Stonic, Hyundai Tucson, DFSK Glory 580 & 580 Pro, Toyota Corolla Cross, Proton X70, BAIC BJ40 Plus & Changan Oshan X7 among those already introduced whereas Chery Tiggo-8 Pro and Tiggo-4 Pro, DFSK Glory 530, GAC GS3, BAIC X25, Peugeot 3008 and a few more are expected to be launched soon. 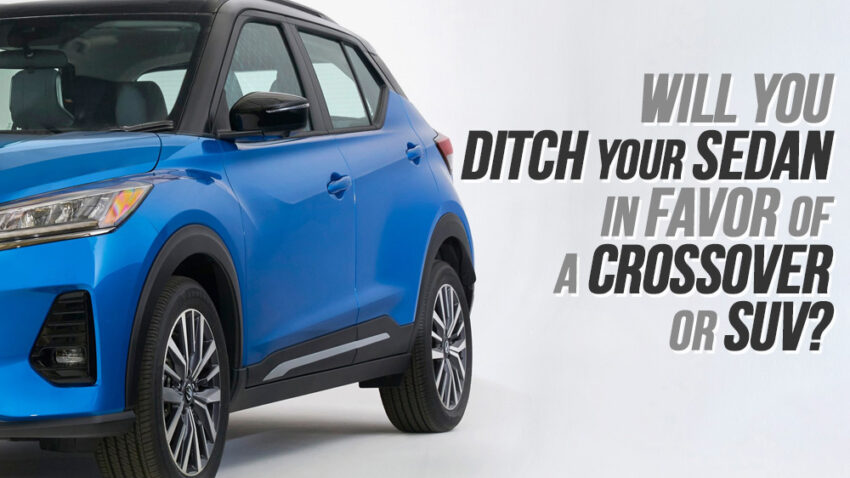 Sport utility vehicles (SUVs) or Crossover Utility Vehicles (CUVs) generally combine the characteristics of road-use passenger cars and off-road vehicles. And there are a few reasons why these are becoming rapidly popular in most markets across the globe.

Related: 5 Funky Crossovers Pakistan Should be Getting

There was a time when sedans were considered as most desirable vehicles to own, not just in our market but in most parts of the world. However, that seems to be changing now. And considering the fact that compact sedans in our market have become so expensive in recent years that they have already entered the price domain of loaded CUVs, for example new Honda Civic. But thanks to an influx of new options, people are now shifting their preferences towards crossovers & SUVs.