Datsun has launched the new and updated GO and GO Plus facelift in India for the price of INR 3.29 lac and INR 3.83 lac respectively.

The new GO range has been updated after over four years, so Datsun has offered a compelling package with some considerable cosmetic updates, and a host of new comfort and safety features. 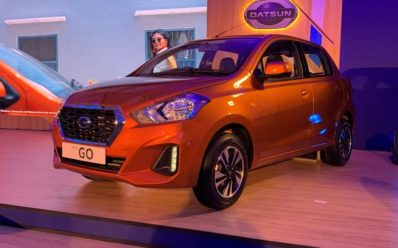 Among the changes, Datsun has announced two new colors called ‘Amber Orange’ and ‘Sandstone Brown’. Changes to the exterior design are limited to the front fascia, which features a redesigned bumper and grille, with vertically stacked LED DRLs adding a bit of sportiness to the design. New 14-inch alloy wheels replace the older 13-inch steel wheels with full covers. The exterior treatment goes same for both GO and GO+.

Unlike the beige-and-brown interior of the pre-facelift models, the new GO features an all-black interiors with faux carbon-fiber inserts on the door pads and center console. However Datsun has gone with dual tone, white and black finish inside for the Go+. Brushed aluminum plastic inserts also embellish the center console, the gear console and the door handles. 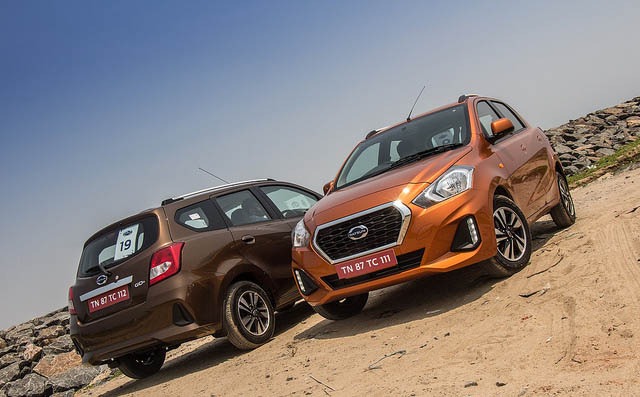 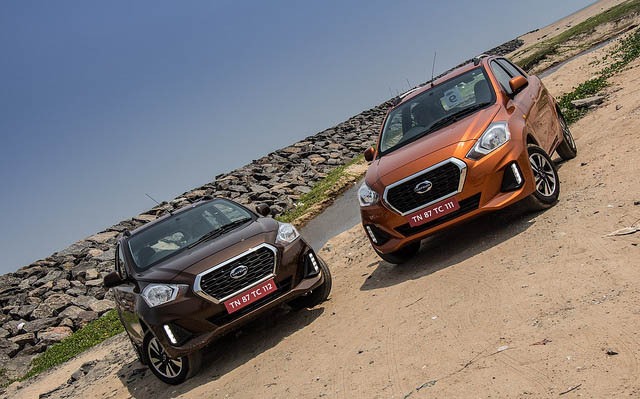 The central AC vents are now rectangular instead of circular. The hazard warning button has moved to the lower center console near the gear console, where the pre-facelift models had its archaic pull-type handbrake. The new Datsun GO and GO+ now get a conventional handbrake lever.

Fitting a traditional handbrake also means that the connected front seats on the older cars have been replaced by traditional individual bucket seats. This has also freed up space to place cup holders/mobile phone placemats on the floor. The other big addition to the cabin is, of course, the proper armrests on the doors. The driver-side armrest also features four power window switches, the previous models only had front-two power windows on offer. 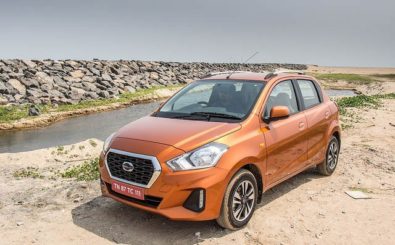 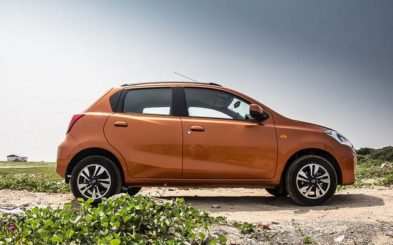 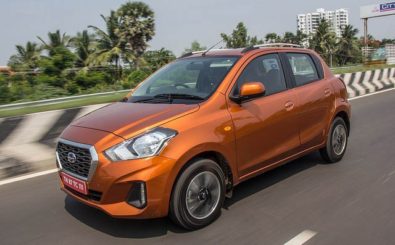 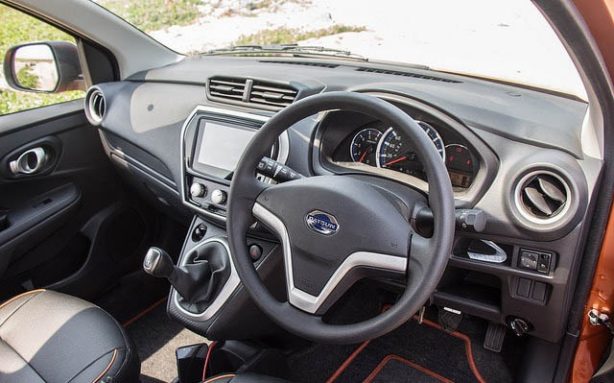 The new Datsun GO and GO+ now comes fitted with dual front airbags, ABS with EBD & BA, rear parking sensors, speed alert system, seatbelt reminder and escort headlamps as standard across all variants. Datsun has also improvied the structural strength of GO and GO+, which has resulted in an overall increased weight on the latest iterations. Engine options remain unchanged as the duo continues to offer the 1.2-liter 3-cylinder petrol engine that is capable of churning out 67 hp and develops 104 Nm of torque. The engine comes mated to a 5-speed manual gearbox as standard. Datsun is going to reach Pakistan under Ghandhara Nissan Limited (GNL) umbrella, as in March 2018, Nissan officially announced its entry in Pakistan. The manufacturing and licensing agreement between Nissan and Ghandhara, will see the local production of Datsun models in our country.

Sales of the first locally built Datsun vehicles are expected to begin in Pakistan within the 2019 fiscal year. Although the company hasn’t officially announced which products it will be launching, but its widely believed to be the GO and GO+.

Stay tuned to CarSpiritPK for more information on Datsun vehicles in Pakistan.