You might have seen several videos from across the world on the internet and social media where traffic stops just to let the animals cross the road. Well, we are far from reaching that level of sophistication and concern for animals, as we don’t even care for the human beings following the traffic rules and love breaching the law as if it’s some sort of a triumphant achievement for us.

As the days morph by, traffic conditions in Karachi are worsening; people are going from bad to worse and are losing their patience at other people. A few years back bike riders used to consider the condition of car and did their best to try and avoid causing the damage to that new vehicle. Now, things have become inhumane, as 2-wheel riders of today never analyze the effect of their wrongdoings on other, or perhaps their brain has stupefied.

The change in public’s attitude is calling for the strengthening of the license issuance system or at least as a short-term measure, some serious action by the police over the growing number and increasingly becoming abominable kind of antics.

The license issuance system should be centered on the reactions of driver to the situations that is to say he must be judged based on a comparison between his response and a generally accepted practice of acting to that particular situation.

Perhaps this would mean that excluding 0.5% of bike riders, rest are going to fail for sure because, they feel pleasure in: 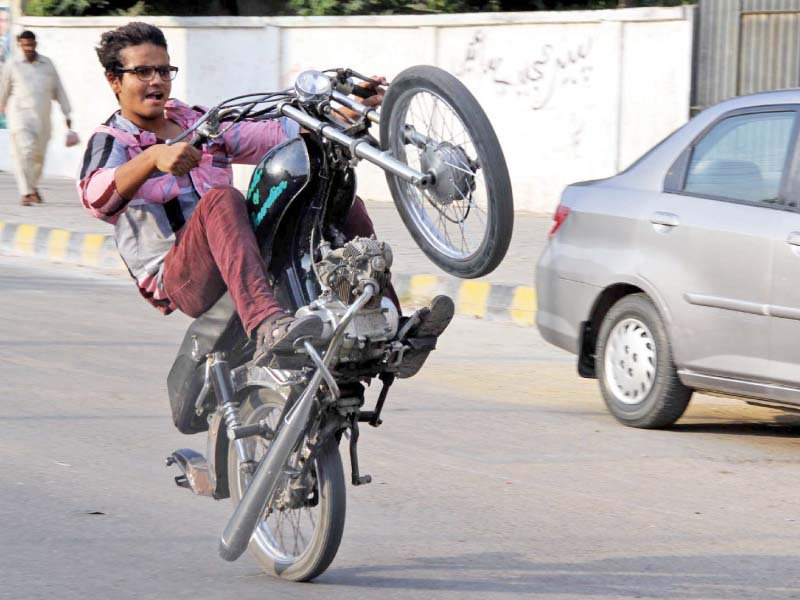 As per current rules stated in the book published by the city police, yes! there is a book, are you surprised? Anyways, the law states that each vehicle while speeding over a 50 km speed, needs to maintain a distance equivalent of 3 to 7 seven meters while trailing the vehicle in front. In reality, the bike riders just worm in through even foot long space rather like a real devil does in Namaz, fitting in the gaps between a saff (row). Fun fact: If the AEB (Autonomous Emergency Braking which has become a mandatory safety feature in most markets) came installed in the vehicles then, for the first few months people would be just hurtling over the handles of their vehicles because whether you liked it or not, the vehicle would stop of its own accord.

Related: How Would Animals Feel if They Look at a Bike Rider

And since 90% people belong to the group who do not even know about the existence of city police’s traffic rule-book, so it is highly probable that people are going to fail several times before they could actually lay their hands on a license. Such kind of test is also going to reduce traffic flow at the same time as well, as half the people would be lined up for license acquisition. 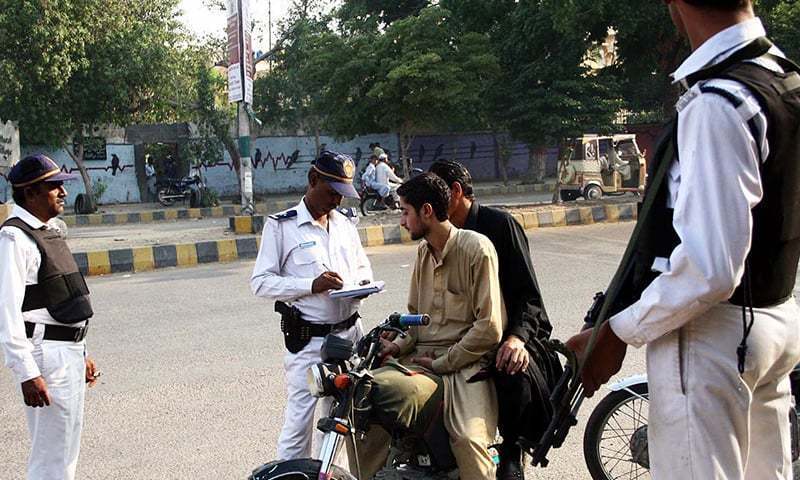 It is really sad that everywhere in the world license is issued after ardent testing of the applicant but in the Pakistan you can either have it made by using a source or just cough up money into the outstretched hands of the officer (ironically). That is why Pakistani license is considered in-valid when you go to live abroad and opt for a permit, which is a pity as it does not even stir any kind of shame within our blacked-out hearts.

The uplifting of the license issuing mechanism and to educate the drivers, specially bike riders to follow traffic rules and ethics is a dire need of today and should be the top priority of the concerned authorities.

by Khurram Memon from Karachi