Even 6th Gen Honda City is Unable to Trouble Toyota

Since 2014 Honda Atlas has been shy to disclose individual sales of City and Civic and instead present them as a combined figure to help them appear decent. For more than 7 years, the sales numbers of Honda are appalling especially when compared to Toyota and it just kept getting worse over the period of time.

However the arrival of Toyota Yaris made things even worst for Honda Atlas since the new sedan was alone able to thrash the combined number of Civic & City. But since Honda Atlas replaced the 5th gen City with another globally retired yet ‘new’ model for Pakistan– the 6th gen City in July 2021, people were hoping that finally Honda will be able to win their market share back from Toyota. However even after 3 months, the sales numbers remain unappealing against Toyota sedans.

So far during the first 4 months of this fiscal year, the combined sales of Honda City and Civic stands at 10,444 units whereas that of Toyota Yaris and Corolla is 19,214 units which is 84% higher than that of Honda duo. Breaking down on individual numbers, 9,937 units of Toyota Corolla and 9,277 units of Yaris were sold in the discussed period. 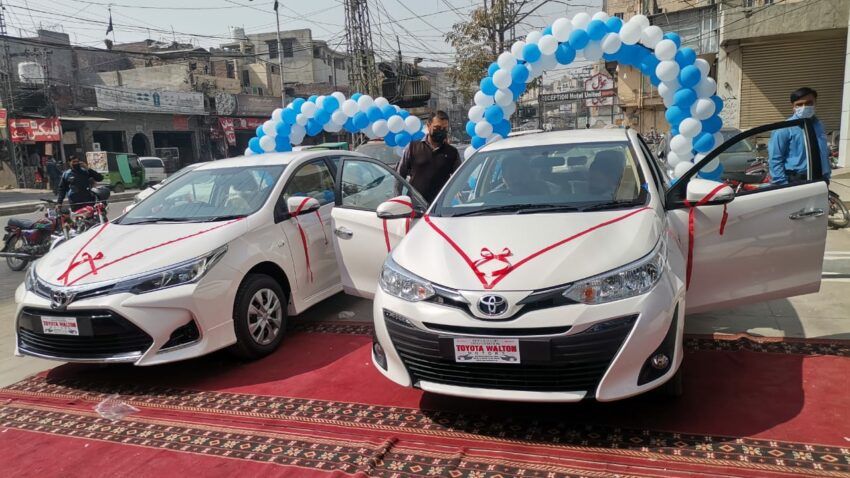 And making matters worse, the month-on-month sales of City & Civic saw a 21% decline in October whereas in the same period, the sales of Corolla & Yaris witnessed an increase of 11%. So what do you think is the reason that even the arrival of 6th gen City isn’t able to help turn tables for Honda Atlas; and Yaris despite its rather compromising looks, and the Corolla which is now a more than 7 years old model, are able to maintain a complete dominance over Honda sedans in Pakistan?