A new study has revealed that EVs (electric vehicles) will consume tires faster than ICE (internal combustion engine) cars while producing non-exhaust emissions, something that also needs to be seriously addressed.

A London-based startup called The Tyre Collective has created a yet unnamed device (which they call the Box, for now), that is attached behind the wheel of a car, truck, or bus. The Box is designed to capture emissions from an often-overlooked source– the tires. 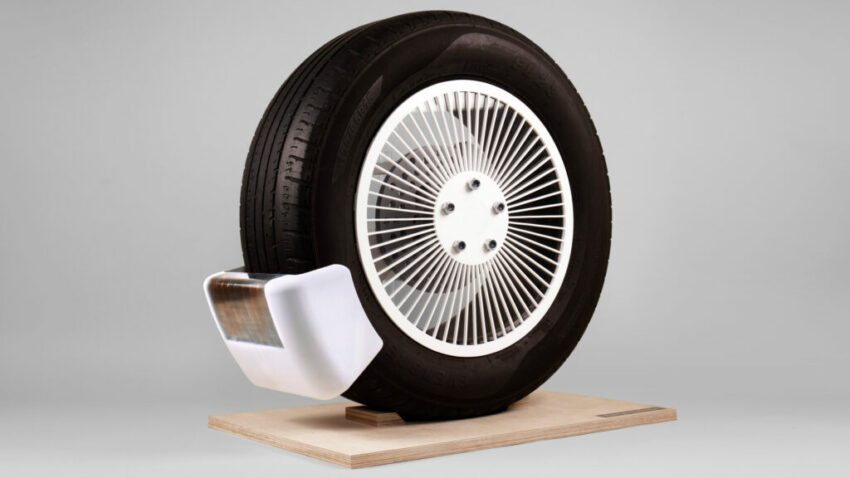 Actually every vehicle sheds tiny bits of its tires as it rolls, but “where the rubber meets the road” is a bit of a misnomer: The tires on most passenger vehicles contain little natural rubber. Instead, they are made from a stew of petrochemicals, particles of which ultimately wind up in soil, air, waterways and oceans.

The International Union for Conservation of Nature pegs tires as the second leading source of microplastic pollution in oceans, and one 2017 study found a global per capita average of 0.81 kilograms in tire emissions per year, ranging from 0.23 kg per year in India to 4.7 kg in the U.S. Although microplastics are tiny by definition, but an insidious source of toxins that researchers are only beginning to understand. 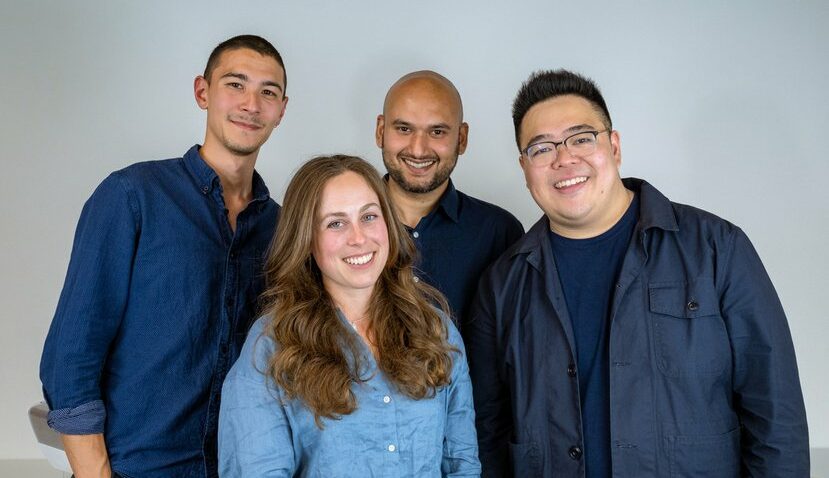 According to Hanson Cheng, one of the three co-founders of The Tyre Collective:

“When we talk about zero emissions, a lot of that conversation is about electric vehicles, but there’s a whole world of non-exhaust emissions that also needs to be addressed.”

Switching to electric cars helps to lower carbon emissions — even after accounting for manufacturing and charging batteries — but it actually exacerbates the problem of tire emissions. EVs typically weigh more and accelerate faster than their ICE counterparts, which adds to tire wear. The EV transition will also keep the world’s fleet of cars growing until nearly 2040. 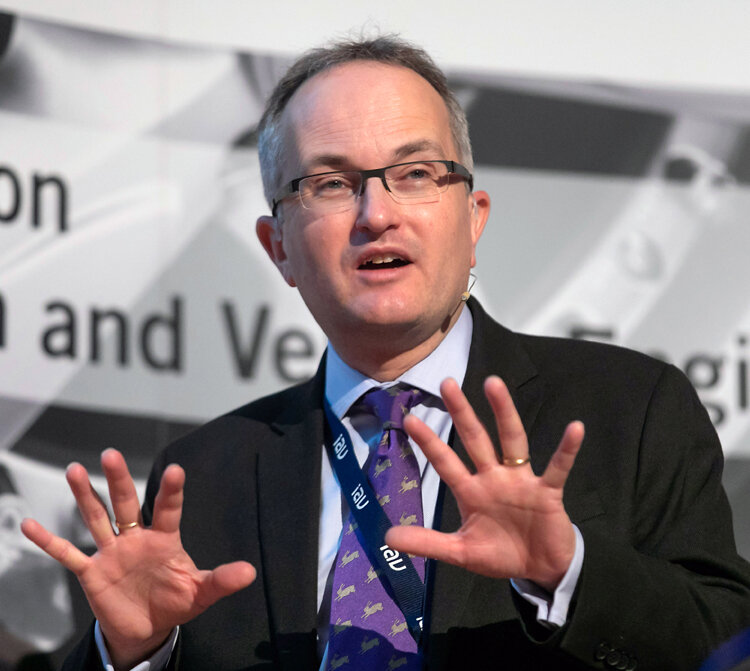 According to Nick Molden, founder and CEO of the U.K.-based research shop Emissions Analytics:

“Most of these EVs are big monstrous things, so it’s perfectly intuitive that they will be chewing up tires faster.”

For decades, tailpipe emissions both the greenhouse gases that contribute to global warming and the particulates that cause air pollution, have overshadowed the tire problem. That means researchers are only beginning to catalog what’s even in tire emissions. Across the different tires it studied, Emissions Analytics found an average of more than 400 organic compounds. Molden says:

“Part of the work we’re doing is to try to resolve what on earth these compounds are. If we can’t identify them, then we can’t even fathom what the toxicity may or may not be.”

For now, drivers can mitigate their tire emissions by driving gently. Electric motors are great for providing instant torque at the wheel, allowing for lightning-fast acceleration that is also hard on tires. On the flip side, EVs allow for regenerative braking (running the motor in reverse to create drag), which is a gentle way to decelerate. EV drivers who want to minimize their tire emissions — and compensate for the added emissions associated with battery weight — should go easy on the accelerator and heavy on the regenerative braking. Molden goes on to add:

“If you are a super eco-driver, and you don’t use the torque, you can actually reduce your tire emissions in an electric vehicle.”

Emissions Analytics has begun to assess toxicity across tire makes, but hasn’t yet validated its process enough to make it available to consumers. As a rule of thumb, however, Molden says cheaper tires tend to be more toxic. 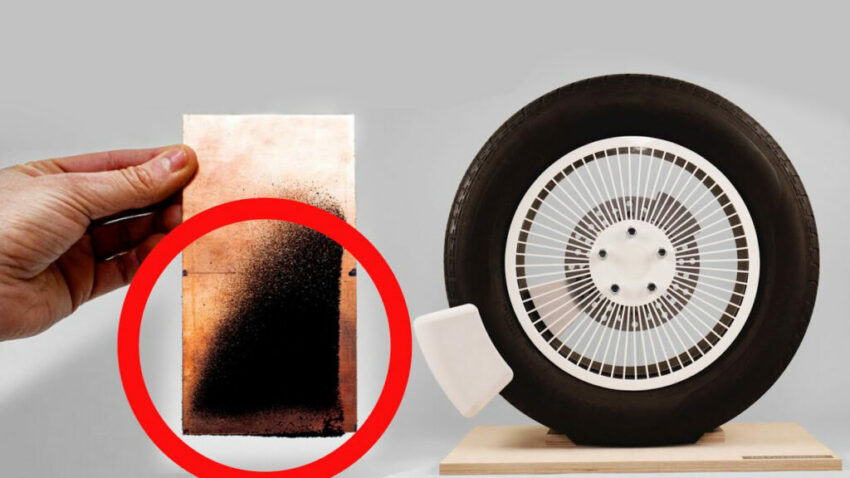 Back at The Tyre Collective, the goal is to reduce tire emissions by intercepting them at the source: The “box” uses electrostatic plates to draw in shed tire particles, which are charged from friction on the road. The company, founded in 2020, grew out of a joint project of four graduate students in the Innovation Design Engineering program at the Royal College of Art and Imperial College London. Earlier this year, its device was one of 4 winners of the Terra Carta Design Lab awards given for innovations that address the climate crisis.

In the laboratory, Tyre Collective’s device pulled in 60% of airborne emissions by mass, but real-world implementation is proving more challenging. The company is currently testing a prototype on a pair of delivery vans in London, where it’s so far gathering around a fifth of emissions. 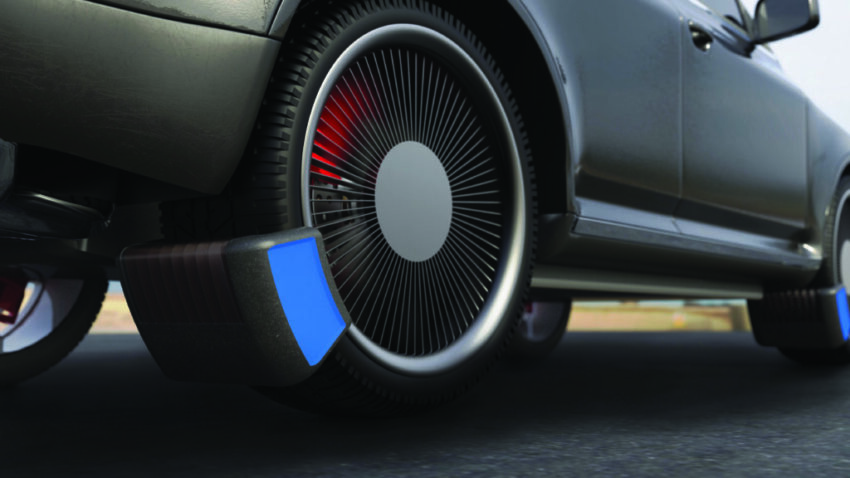 The Tyre Collective’s plan is to begin retrofitting the devices on delivery and bus fleets and, eventually, for EV manufacturers to integrate the technology into their cars — doing for tire emissions what the catalytic converter did for the tailpipe. Cartridges full of tire emissions could then be emptied at collection points as part of routine vehicle service and reused in new tires, soles of shoes and other products. According to Cheng:

“There’s a need to create a circular loop around this waste. Otherwise, we’re going to all this effort to capture it for it to be released back into landfills.”