Female Driver Crashes Her Car Into a Restaurant

An alleged female driver crashed her car right into the entrance of Habibi Restaurant situated in I-8, Islamabad. Although there is a debate going on social media whether the driver was a man or a woman, the witnesses on spot have claimed that the driver was apparently a female.

The internet is full of examples of driving & parking mishaps by female drivers, and this is just another addition to that list. Recently a lady in India, went straight out of the showroom through its windows, crashing from a height of 3 feet and then slamming onto other cars standing in the dealership’s parking lot.

However after the incident causing damage to the Habibi restaurant as well as the vehicle itself, the driver of the Daihatsu Mira reportedly fled from the scene. 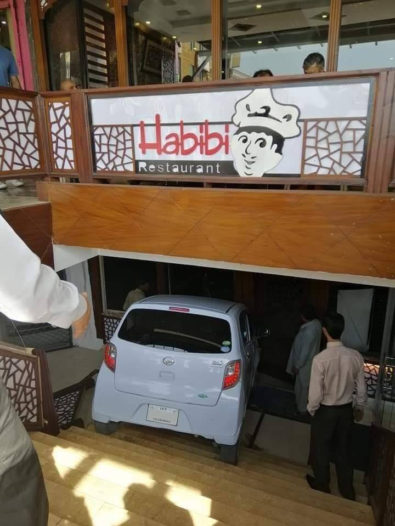 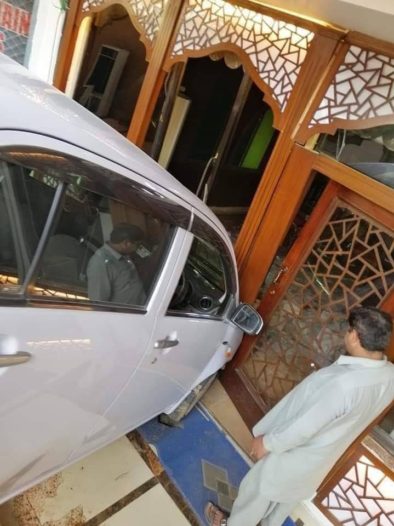