Almost a year after Proton launched their first-ever SUV– the X70 as CBU, the CKD version has now finally entered the production at Proton’s Tanjung Malim factory. Based on Geely Boyue SUV, the locally-assembled X70 units are rolling out of an extension of the plant that was specifically built for the SUV. 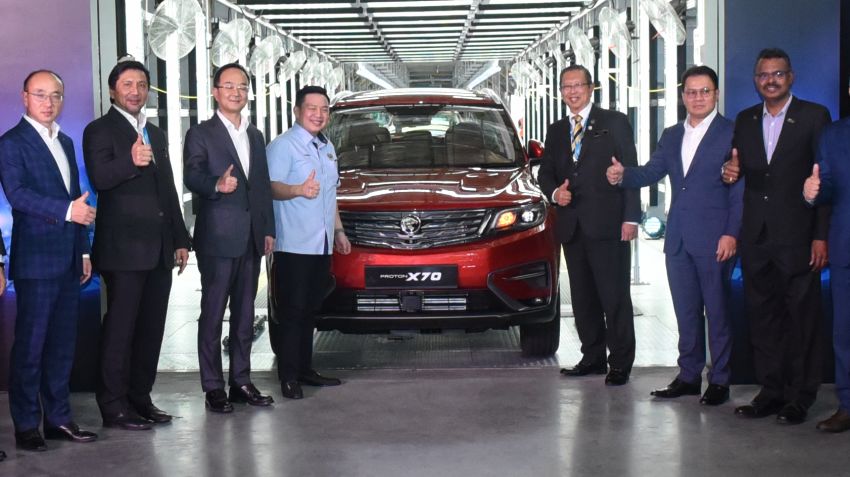 Although the Malaysian assembled X70 is largely identical to the one that was imported from China, it carries new Proton roundel in front that replaces the previous shield-shaped badge as the company has already revamped its logo last month. There are apparently more changes to be found inside, which include a powered tailgate and possibly a 7-speed dual-clutch transmission.

Proton’s Tanjung Malim plant will also be hub of joint venture partner Geely’s right-hand drive production, with global exports in the pipeline. According to Proton, the X70 will be exported to regional countries such as Brunei, Thailand and Indonesia, as well as those further abroad including Pakistan, Australia, South Africa, South America and even the United Kingdom. According to Proton Chairman Syed Faisal Albar:

“By producing the Proton X70 in Tanjung Malim, we have taken a quantum leap in our abilities and this is by far our most ambitious undertaking to date. This new plant will not only produce future products jointly developed with Geely but it will also be a center for right-hand drive production as we begin exports to countries all over the world.”