In his Tweet, Abiy Ahmed Ali, the Prime Minister of the Federal Democratic Republic of Ethiopia, said:

“As we transform Ethiopia’s greening & climate resilient aspirations into concrete actions through the #GreenLegacy initiative, this morning I received the first electric car fully assembled in Ethiopia. No emission cars can help reduce pollution.”

As we transform #Ethiopia’s greening & climate resilient aspirations into concrete actions through the #GreenLegacy initiative and Sheger & Entoto Parks, this morning I received the first electric car fully assembled in Ethiopia. No emission cars can help reduce pollution. pic.twitter.com/dIu3s88Q0h

Clean and renewable hydropower dominates Ethiopia’s energy generation mix, contributing around 90% of the installed generation capacity. The electricity tariffs are also very favorable, with residential tariffs at around $0.06/kWh. Driving EVs in Africa is a whole lot cheaper than driving cars with conventional internal combustion engines. A study by AfricanEV reveals just how good driving the Hyundai Ioniq EV and several others can be in Ethiopia. 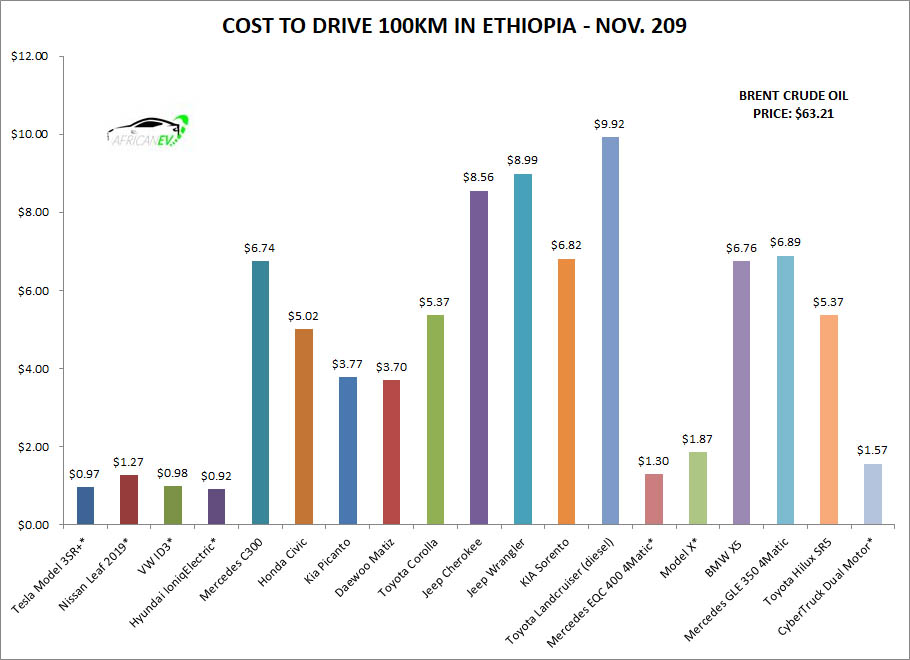 It costs just $0.92 to drive the Hyundai Ioniq over a 100 km trip in Ethiopia, whereas the same trip in a Toyota Corolla would cost $5.37. The Hyundai Ioniq has been well received in Europe and in other markets where it has been launched and is expected to do well in the East African market too.