First images of FAW’s upcoming flagship Bestune T99 SUV are out. Slotted above the T77 SUV, the new Bestune T99 will reportedly be launched in China towards October 2019.

FAW has already announced that its future range of vehicles will be called as Bestune instead of FAW as the latter will be scrapped initially in China and gradually in other markets. According to Dong Wanfu, Deputy Car Sales for the FAW Group, the passenger cars will be represented by Bestune brand, whereas FAW brand and its logo would now solely be used for trucks. This is because the quality and design of the new and upcoming Bestune models is far superior to the known FAW models thus a transformation is needed to be made. 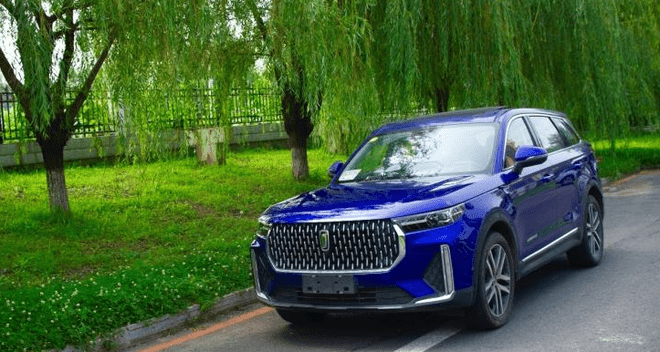 The Bestune T99 retains the signature design elements including slim headlamps and classic raindrop front grille pattern. Like the T77, the Bestune T99 is also decorated with chrome trim strips, and vertical LED daytime running lights enclosed on either side of the front bumper.

As for the interior, the T99 SUV will have a three-screen design, including a dual 12.3-inch central control display and a lower touch screen, in addition to a new electronic shift lever. According to information, the Bestune T99 will be equipped with upgraded D-Life system, smart driving, 3D holographic projection and face recognition system.

Under the hood, the flagship T99 SUV will get power from a new 2.0 liter engine that will churn out 165 hp of power, paired to a 7-speed DCT gearbox. Further information will be updated as and when available, stay tuned to CarSpiritPK for more information on FAW Bestune T99 SUV.