Geely’s aspiring upstart brand Lynk & Co has released the first official “spyshots” of the 03 sedan, the company’s third model after the 01 SUV and 02 crossover. The car was previewed as a concept at the Shanghai Motor Show last year, and despite still wearing plenty of camouflage, it’s evident that the design of the soon-to-be-finished product stays relatively true to the concept.

Unlike what is becoming the norm these days, the 03 doesn’t adopt the trendy four-door coupé body style, sticking to a traditional three-box look. At the front, you’ll find the brand’s signature dual-tier headlights with ‘dual-claw’ LED daytime running lights up top, with the larger lower units integrated into the grille. 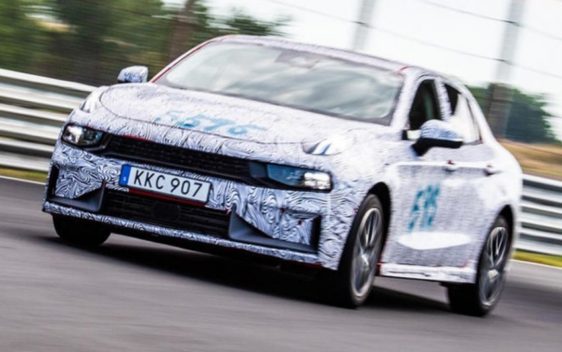 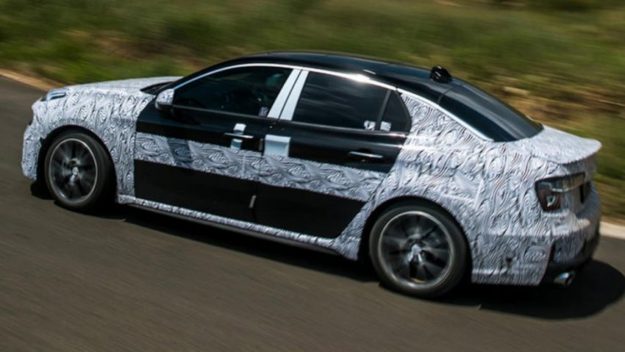 Moving over to the side, the chrome window trim runs into the rear windscreen, while the rear sports the L-shaped tail lights, as seen on the 01 and 02. There are sportier front and rear bumpers with squared-off front intakes and rear diffuser.

Like the already launched 01 and 02, the 03 sedan will be built on the Compact Modular Architecture (CMA) jointly developed by parent company Geely and Volvo. It will likely be offered with 1.5 and 2.0 liter turbocharged petrol engines as well as a plug-in hybrid version of the 1.5 liter unit. 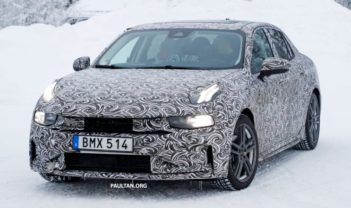 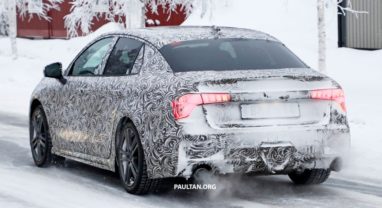 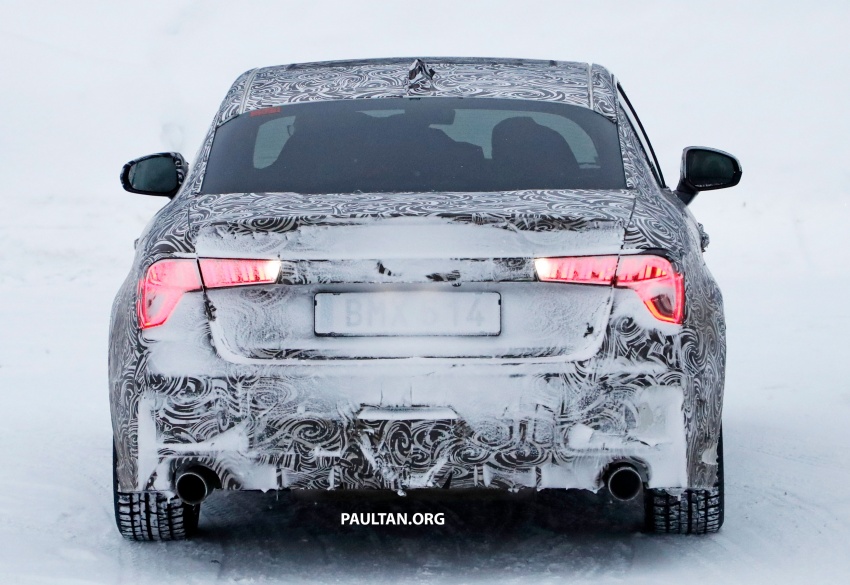 Lynk & Co wants to be a brand for the digital generation, and to that end the company aims to deliver a range of ownership options beyond the usual purchase, hire purchase and leasing routes. There’s a subscription service in the works, plus the ability to share your car with other people through a digital key, using a ‘Share’ button in the infotainment system.

Production of Lynk & Co models have commenced in Zhangjiakou, China, with Volvo’s plant in Ghent, Belgium also set to pick it up in 2019. Reportedly the Right-hand drive models, could be built at Proton’s plant in Tanjung Malim, Malaysia. Bear in mind Proton is now owned by Geely, and their first SUV will be based on Geely BoYue, the prototype of which was recently tested by the Malaysian Prime Minister Mahatir Muhammad, who is also the founding father of Proton brand.

FacebookTweetPinLinkedIn
Subscribe
Login
0 Comments
Inline Feedbacks
View all comments
Tags:03 sedanCMAGeelyLynkCo
previousGeely Moved Up 76 Places in the 2018 Fortune 500 Rankings
nextWet Cell or Dry Cell Battery- Which One to Choose and Why?