Proton will open bookings for its new sports utility vehicle from tomorrow. The Geely Boyue based SUV, which has been named using a new alphanumeric naming convention as the X70 is available for booking for RM1000. 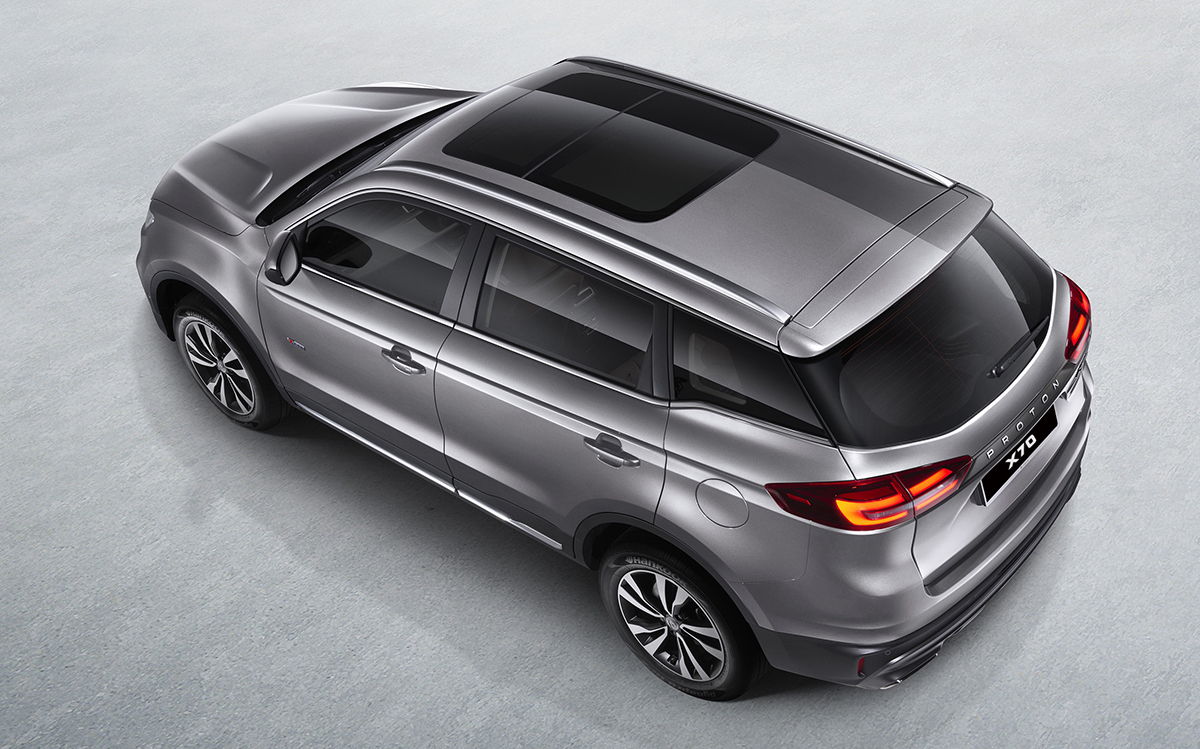 There will be four variants on offer, starting with the base Standard 2WD, Executive 2WD, Executive AWD and Premium 2WD. All variants will feature a 1.8 liter TGDi turbocharged four-cylinder petrol engine producing 181 hp and 285 Nm of torque.

While there are few changes to the external lines to differentiate the Proton SUV from its Geely counterpart, Proton has incorporated a few uniquely Malaysian design touches to the X70. Up front, it gets a unique winged grille design with three horizontal bars that converge into the Proton badge, and the entire piece is encased in thick chrome surrounds.

Proton’s head of design, Azlan Othman, had indicated that the reason for the minor cosmetic tweaks is to speed up the X70’s market introduction, but more visual changes will be incorporated in the CKD version, which is slated for a mid-2019 arrival. 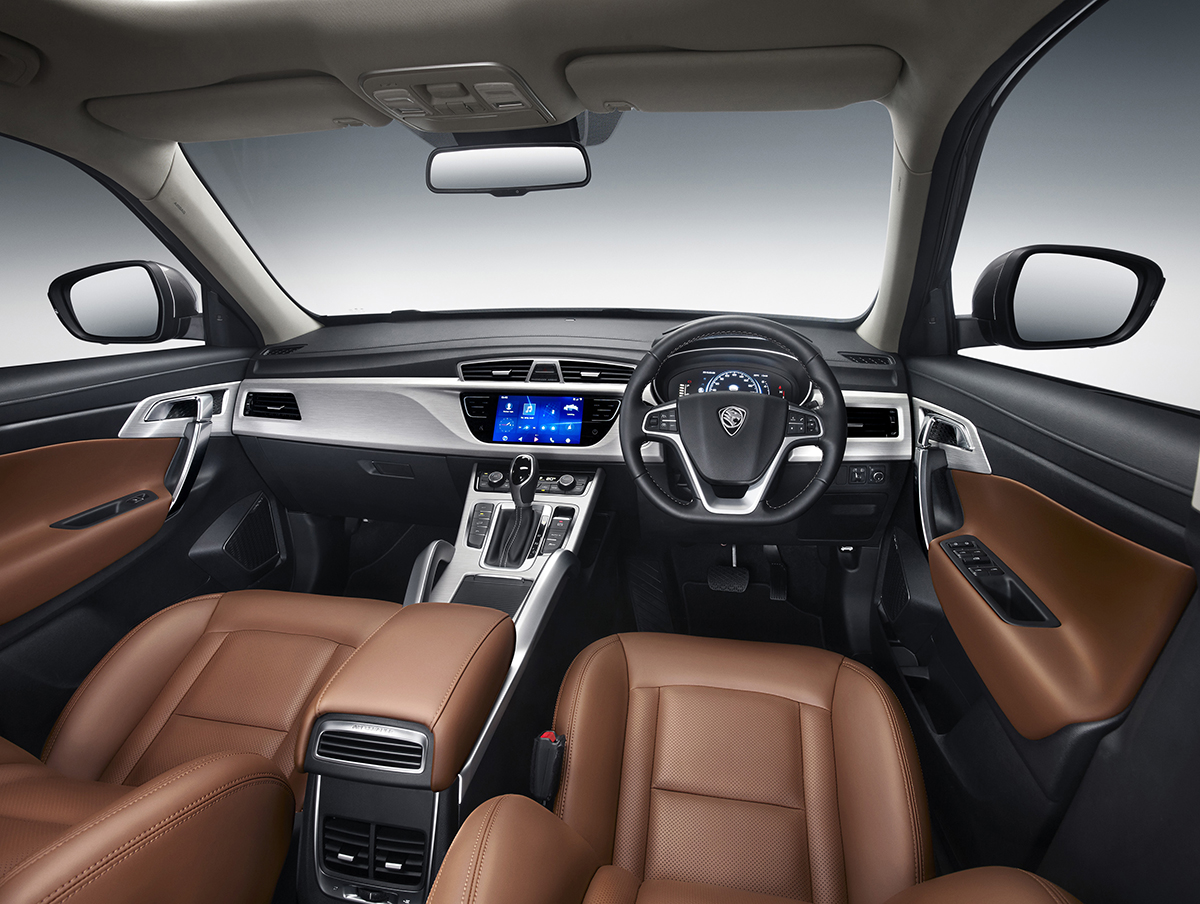 The interior remain fairly similar to the Geely Boyue, on which the X70 is based on. There’s brown Nappa leather on the seats, door card inserts and steering wheel (on the Premium model, Exec and Standard get synthetic leather), automatic dual-zone climate control and a widescreen 8.0-inch touchscreen infotainment system (1,920 x 720 pixels) with 4G connectivity. 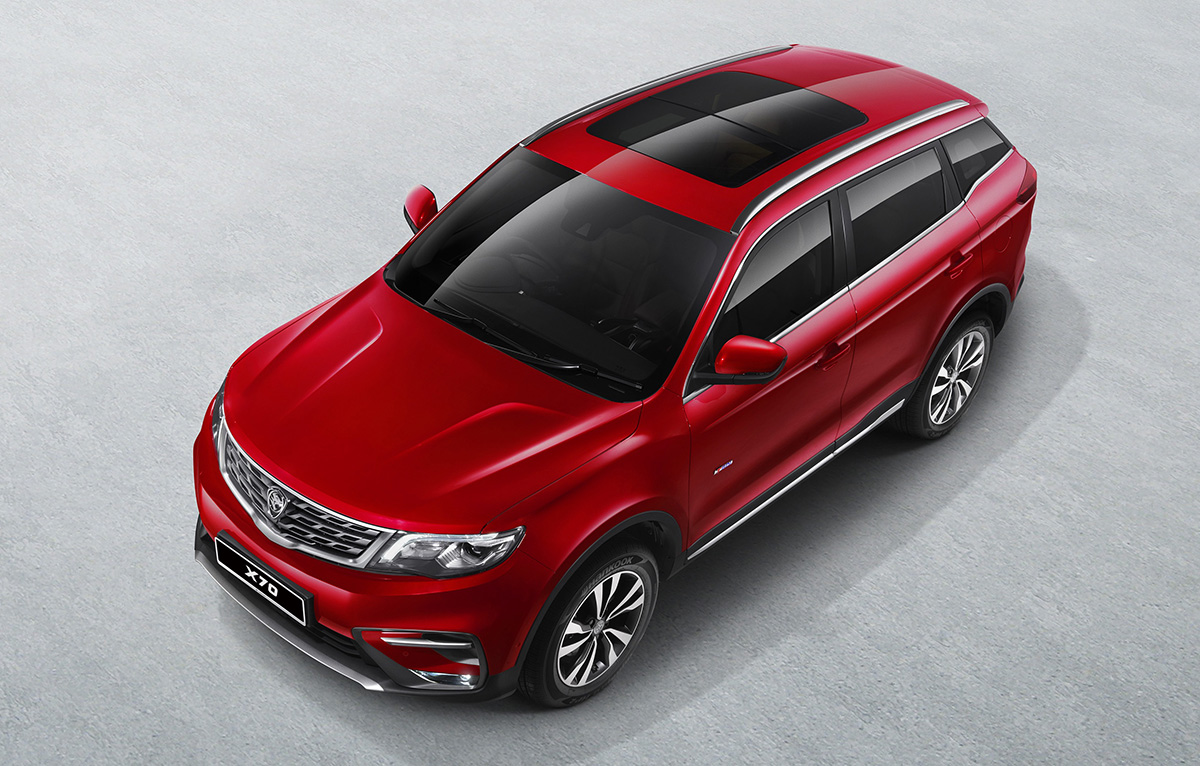 Proton is yet to announce the pricing of the X70, however it will be organizing a series of preview events for the public at seven Malaysian cities from September 19 to November 4, before its launch later this year.

Last week Al-Haj group of Pakistan has signed an agreement with Proton as the exclusive authorized distributor and assemblers of Proton vehicles in Pakistan. Ideally it may open up doors to Proton branded Geely vehicles in Pakistan somewhere down the line. Stay tuned to CarSpiritPK for more updates.