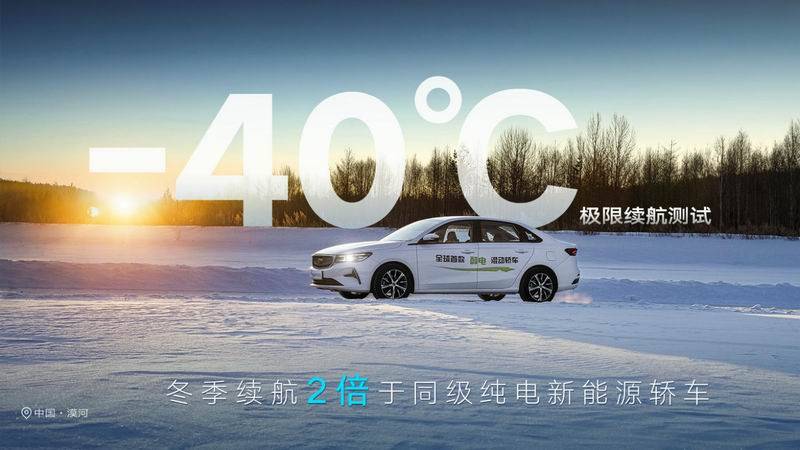 Geely started to explore methanol car technologies back in 2005. In last 17 years, Geely has applied for over 256 patents in the methanol sphere. Furthermore, Geely was the first car company in China to use methanol technologies in production cars. Since 2013, it has also taken part in several domestic and foreign methanol vehicle pilot projects. Since 2005, Geely has sold about 27,000 methanol cars, most of which were commercial vehicles.

According to Geely, the new Methanol Hybrid Emgrand has low operating costs and ultra-low emissions. The sedan houses a 1.8L naturally aspirated methanol engine providing 130hp of power and 175 Nm of peak torque together with an electric motor providing 100kW (134hp) of power and 320 Nm for a combined 272kW (364hp) and 495 Nm of torque. The engine and e-motor are connected to a 3-speed Dedicated Hybrid Transmission (DHT) which provides increased efficiency at low speeds by propelling the vehicle with pure electric power, ensures smooth cruising by utilizing the engine as a range-extender with e-motor powering the wheels, and provides bursts of power for high-speed overtakes with a transmission gear ratio that provides up to 4920Nm of output torque.

“Clean methanol from green and renewable sources is the most realistic and effective path to reducing emissions and achieving carbon neutrality. The advantages of methanol fuel are not theoretical and have been proven for decades in applications around the world. Methanol fuel choices offer the world a road to a greener and more sustainable future.”

The company says that from well to wheel, Geely’s methanol vehicles allows for a 70% reduction in CO2 emissions compared to gasoline models. Previous demonstration trials of non-hybrid Geely Emgrand methanol sedans in Iceland achieved an average well to wheel emissions of 46g of CO2 per km, even lower than electric vehicles in most countries. In the future, Geely Holding methanol vehicles will undergo EU certification and be promoted to other European markets in support of accelerating the goal of reaching carbon neutrality.