Geely has released official images of its forthcoming flagship sedan that will be based on Geely’s award winning Compact Modular Architecture (CMA) platform.

The Preface sedan was first previewed as a concept at the 2019 Shanghai Auto Show where it was widely praised for its highly balanced design language that was created by Geely Design, the global network of design studios operated by Executive Vice President of Design, Peter Horbury. The Preface concept has now transitioned into a production vehicle with an expected launch date expected for the fourth quarter of 2020 with production taking place in Geely’s Hangzhou Bay facility. 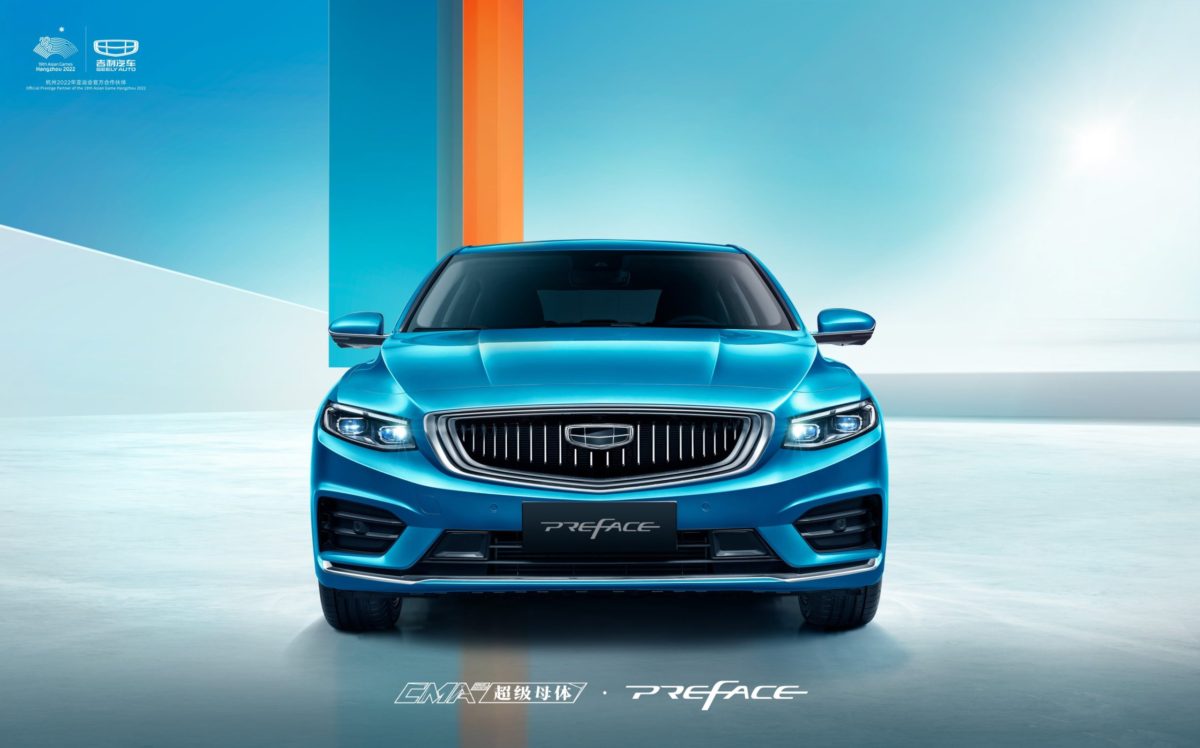 The Preface sedan is designed with strong proportions; a wider body paired with larger wheels give the Preface a true level of confidence and superior road presence, especially when paired with Geely’s iconic ‘cosmos grille’ that gives the face of the car a stronger bite, enhancing the sports credentials. The grille has been made wider and taller than on previous vehicles, allowing it to confidently separate the headlamps, whilst black vertical lines help create the image of a floating central logo. 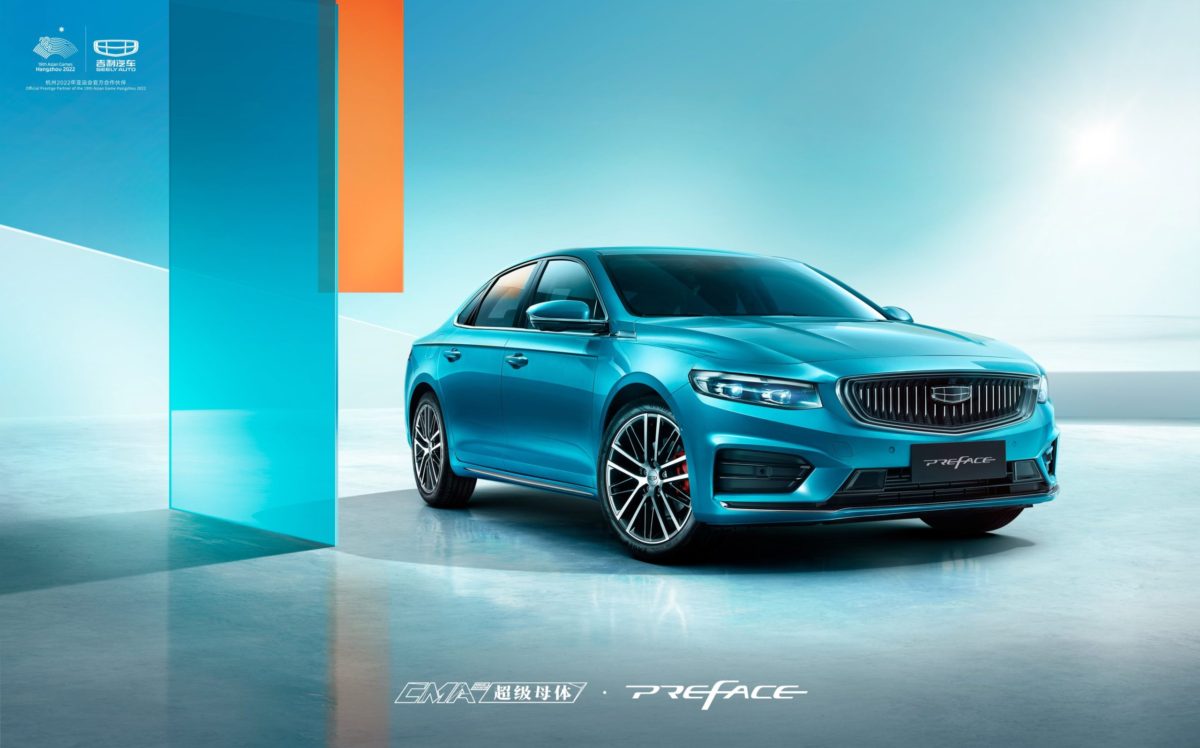 The signature ‘cosmos grille’ which has evolved since its first introduction on the 2015 Geely BoRui sedan, reflecting the growing confidence of the Geely brand both domestically in China and internationally. The side profile of the Preface sedan also mirrors the concept with neat flowing lines that taper into the roofline and down into the rear of the vehicle, perfectly blending the technology-focused design into the rear of the vehicle. 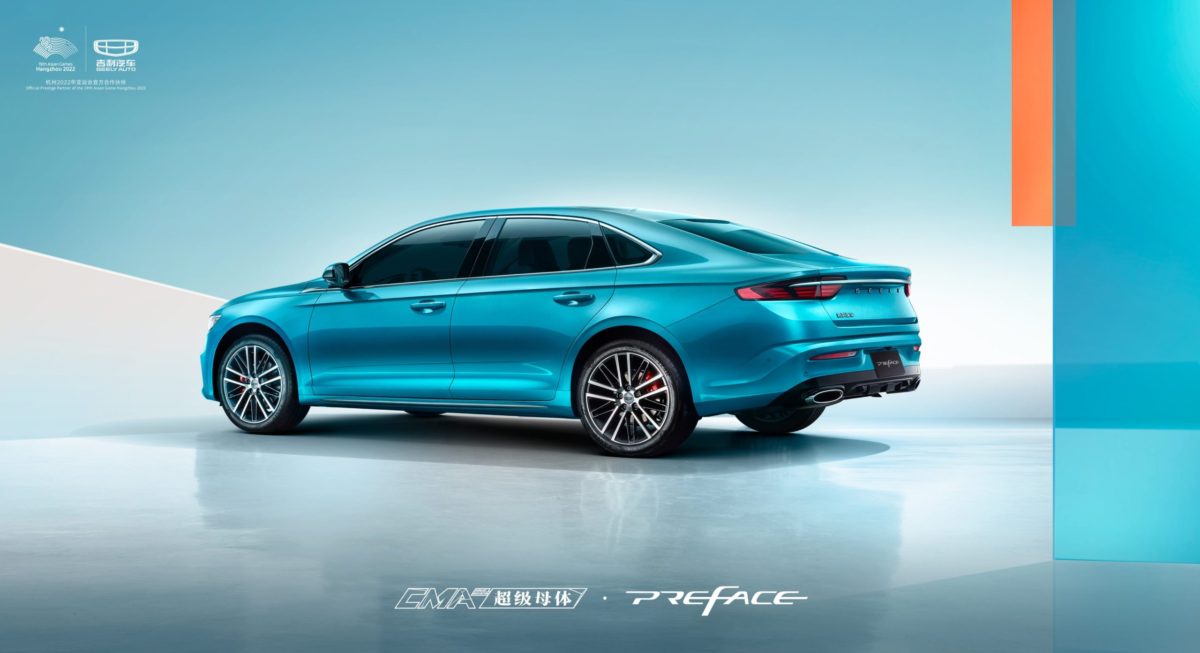 “We have strived to retain many of the aspects of the Preface Concept sedan that we showed in 2019, and with added feedback from Geely Auto users and our global fans we have retained many aspects, and also introduced several improvements to the production Preface. This is a vehicle that reflects our continued growth and our commitment to users.”

Geely hasn’t revealed the powertrain options for the Preface sedan; however as per earlier reports it will be powered by a range of engine options including 2.0 turbo, 1.5 turbo PHEV (plug-in hybrid), and a 1.5 turbo MHEV (mild-hybrid).

As Geely Auto enters into Geely 4.0 – the fourth generation of Geely products since the brand was formally established in 1997. The Geely Auto brand will focus heavily on the use of modular architectures that allow for leading levels of connectivity, intelligence, and quality that include safety as a standard.