The Ministry of Industries and Production has rejected the proposal for commercial import of used cars in Pakistan. The ministry had given this suggestion to the Commerce Division and Federal Board of Revenue which are formulating import and re-export of used vehicle policy 2019-29.

A meeting was held at Engineering Development Board (EDB) earlier this month with the used car dealers to analyze the proposal to allow commercial import of used/old cars. On the other hand Pakistan Association of Automotive Parts and Accessories Manufacturers (PAAPAM) had requested Prime Minister Imran Khan to save the local auto parts manufacturing industry by not accepting any proposal for the import of used cars. 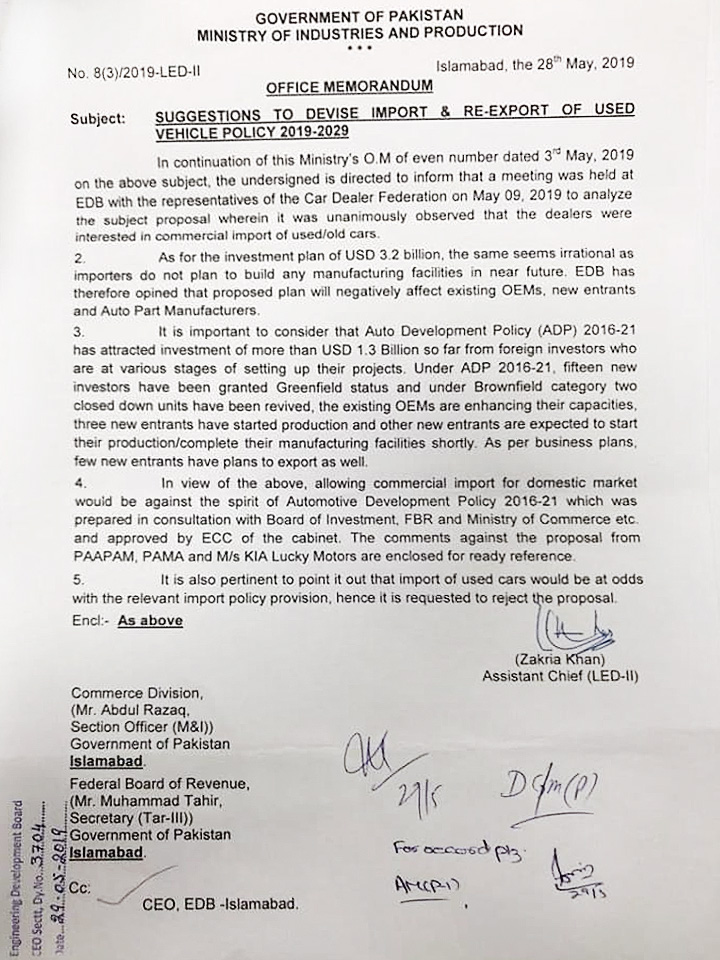 The Auto Development Policy 2016-21 had attracted over $1.3 billion investment from foreign investors who are at various stages of setting up their projects in Pakistan. Among these, 15 had been granted Greenfield investment status and two non-functional units were revived under Brownfield category. Few new entrants had also planned to export vehicles from Pakistan. Besides, the existing assemblers are enhancing their capacities as well.

According to the ministry, allowing commercial imports of used cars for domestic market would be against the spirit of Auto Policy 2016-21.