Great Wall Motors (GWM) showcased the retro-styled SAR Mecha Dragon electric sedan as a concept at the 2021 Guangzhou Motor Show. Now the Mecha Dragon is heading for production as images & details from China’s Ministry of Industry and Information Technology (MIIT) have surfaced on the internet. Since each and every new car sold in China has to go through MIIT’s homologation process. 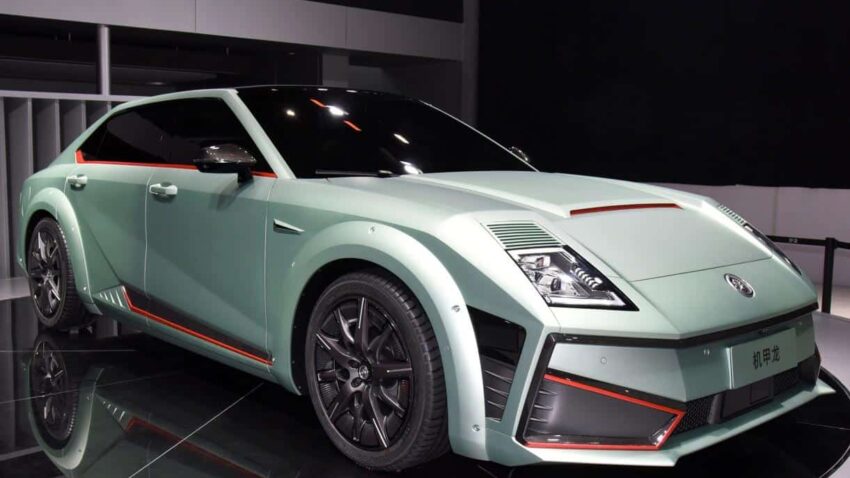 Apart from some changes here & there, the SAR Mecha Dragon largely retains its form in which it appeared during the Guangzhou Show last year. It has a fastback-like profile with retro styling mimicking cars from the 80s mainly because of the sharp lines and big trapeze-shaped headlights. Other exterior features include an adaptive rear spoiler, Brembo brake calipers, and fake exhaust pipes. Speaking of those pipes, they light up in red when accelerating. Moreover, they are equipped with the second generation Harman sound simulation technology. As a result, it can simulate 5 different sounds, including ignition, acceleration, etc. It’s a really quirky feature for an EV, but this is what SAR has decided to make.

In terms of dimensions, the SAR Mecha Dragon is a huge 5+ meter sedan. Its length, width and height are 5,240 mm, 1,950 mm, and 1,495 mm respectively with a massive 3,040 mm wheelbase. It’s impressive that the sporty sedan with streamlined styling is bigger than the standard Mercedes-Benz S-Class. As a result, the Mecha Dragon is a pretty huge car with a curb weight of around 2,650 kg.

As per MIIT data, the SAR Mecha Dragon will be offered with dual electric motors as standard. The front axle will have an electric motor of 180 kW (245 hp), and the rear to have 220 kW (299 hp) resulting in a combined power of 400 kW (544 hp). According to SAR, its torque is staggering 763 Nm, enabling 0-100km/h acceleration in under 3 seconds. Details related to the battery are scarce at the moment, however as per sources it will get its battery from CATL with a maximum drive range of up to 802 km (CLTC). 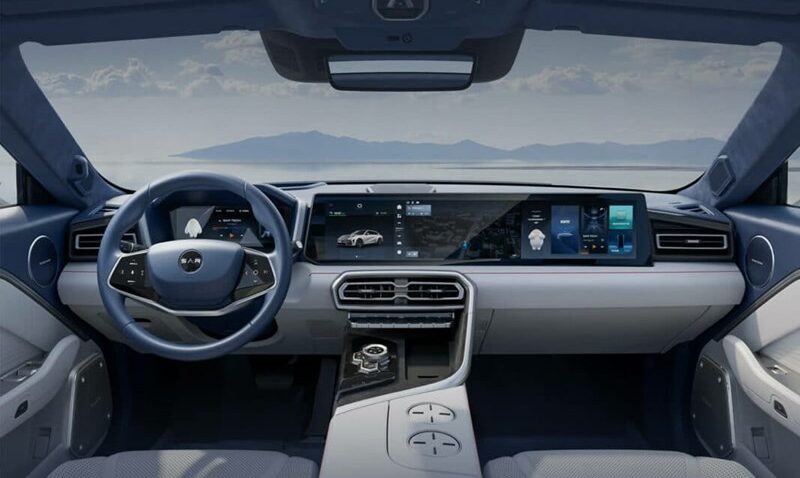 Inside, there will be a giant 27-inch touch screen, a 10.25-inch instrument panel, and a 25-inch HUD. Another exciting feature of the SAR Mecha Dragon is the 16 Harman Kardon speakers with two of them in the driver’s headrest. 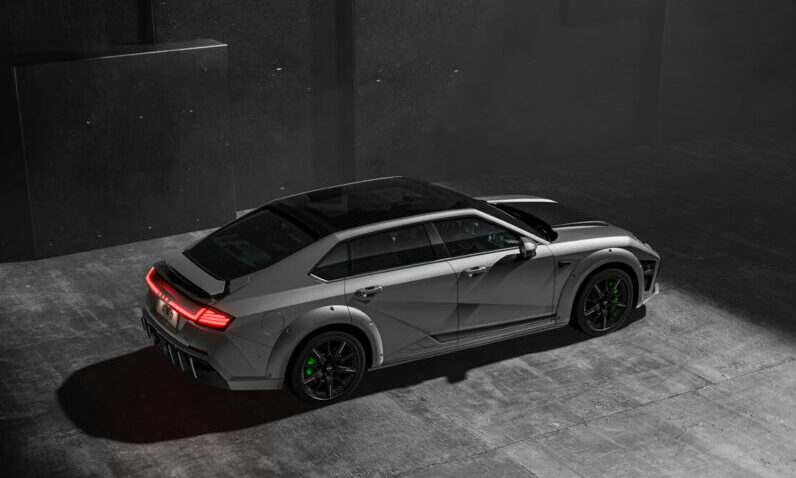 The SAR Mecha Dragon is expected to be formally launched in Chinese market within forthcoming months however its availability outside China remains uncertain at this stage. More information can be found on its official website www.sar-motor.com