Honda Atlas has announced the shutdown of its plant from 4th October to 11th October 2022 according to the notice it sent to the Pakistan Stock Exchange (PSX). The company attributed the week-long shutdown to supply chain disruptions caused mainly by the restrictions imposed by the government on the import of CKD parts.

“Considering the current economic situation of the country, the government has resorted to stringent measures including minimizing the import of CKD kits and raw materials, the company’s supply chain has also been disrupted by such measures. As a result, the company has also to rationalize its production and ultimately to shut down its plant from October 04, 2022 to October 11, 2022.”

Pakistan’s auto industry has been struggling to meet its scheduled delivery periods since July as restrictions have hindered the timely import of auto parts. The sector, which is highly dependent on imports, has also been caught in the midst of an exchange-rate crisis, as the State Bank of Pakistan after unabated rupee depreciation, imposed restrictions on the opening of Letters of Credit (LCs).

This resulted in sales of locally assembled vehicles declining by 50% year on year in July-August, due to non-production days led by the shortage of required parts in hand. Other main assemblers including Suzuki and Toyota are also observing plant shutdowns due to a lack of CKD parts in hand. 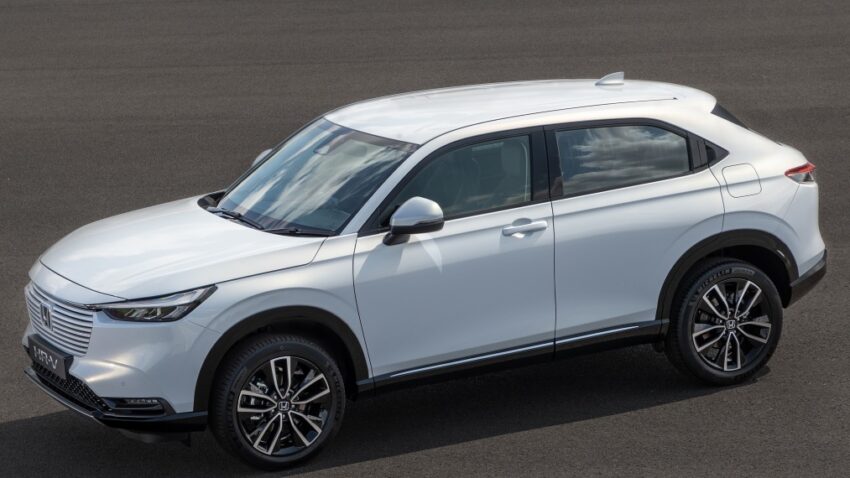 It is worth mentioning that several media outlets have recently reported the indefinite delay in the launch of the new HR-V, which Honda Atlas was supposed to introduce in Pakistan in September. However, the company is still seen running teaser campaigns on social media with a ‘Coming Soon’ caption. Considering the ongoing scenario, it seems quite difficult for the company to launch a new car in Pakistan keeping in view the fact that the tentative delivery time frame of existing cars is already going beyond several months.

Related: The Ifs & Buts Regarding Honda HR-V Launch in Pakistan

It’s not important at this stage for anyone to argue whether Honda will launch the HR-V or not. The question is, even if the crossover is formally launched, will the company be in a position to timely deliver the booked units in wake of supply chain issues as well as import restrictions?