Honda BR-V Gets a Price Bump

Honda Atlas is in process of introducing the 2019 BR-V facelift in Pakistan. The company has been running teaser campaigns on its social platforms for a while regarding the launch of facelift.

However with that Honda Atlas has hiked the prices of all BR-V variants by Rs 100,000 already. Furthermore according to a company notification, these ‘introductory’ prices are applicable till 12th October after which the BR-V is expected to get another price bump, likely by another Rs 100,000 or more. 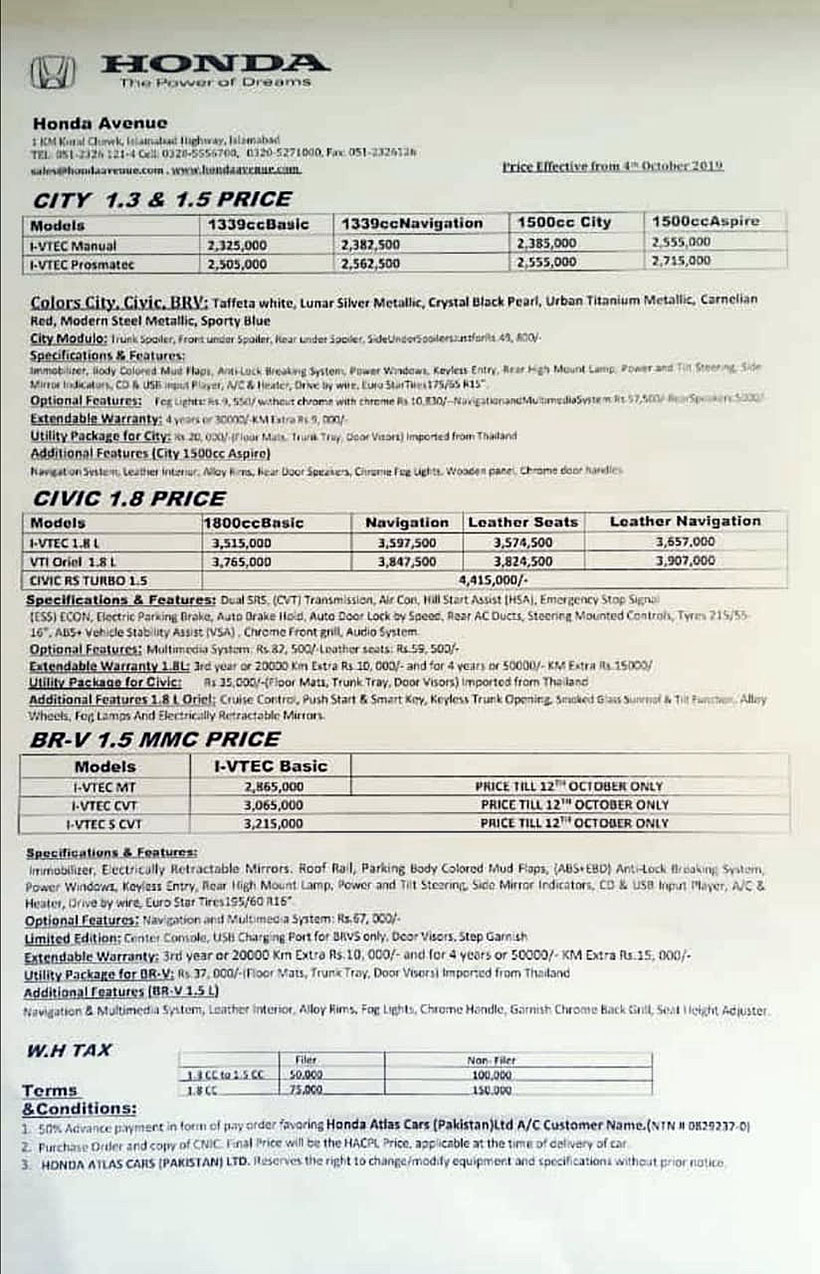 The 2019 Honda BR-V facelift was revealed earlier this year and has been introduced in few ASEAN markets already. However considering Honda Atlas track record, one cannot expect the entire array of improvements to be introduced in Pakistan, still as per the teasers the 2019 BR-V facelift in Pakistan will come equipped with push button engine start/ stop feature, as well as the infamous new shark fin antenna.

To read more about the 2019 Honda BR-V facelift, read our earlier blog post below: