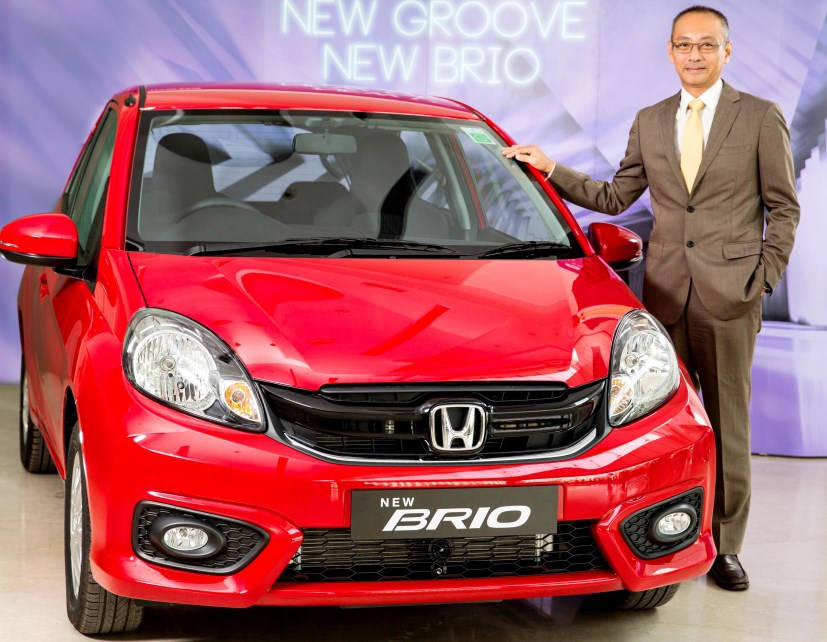 October 4th 2016- Honda India has just announced the launch of the new Brio facelift. The sporty hatchback has been introduced with ex-showroom prices ranging between INR 4.69 lac and INR 6.81 lac.

The new Brio facelift gets a glossy black and chrome finish on the front grille and an edgier bumper design with more creases than before.  At the rear, the car gets revised taillights and a new tailgate spoiler.

Like all new Hondas, the Brio now gets a multi-layered dash panel with lots of silver accents and sharp creases. The center console is all new, so is the triple analogue instrument console with blue illumination. In terms of features, top-spec variants get 2-DIN integrated audio system with Bluetooth connectivity, digital AC controls, electric mirrors, steering mounted controls and different seat fabrics. The Brio top spec variant is available with either beige or all-black interiors.

Under the hood, there is a 4-cylinder 1.2-litre i-VTEC engine that delivers 86bhp at 6,000rpm and 109Nm of torque at 4,500 rpm. The new Brio comes with either a 5 speed manual or a 5 speed automatic gearbox with claimed fuel economy of 18.5km/liter (manual) and 16.5km/liter (automatic) respectively.

The new Brio is now on sale in India with a choice of five color options. Listed below are its ex-showroom Delhi prices.

Its an irony for us that Honda Atlas in a span of nearly 2 decades never bothered to offer anything in this segment of the market. Cars like the Brio with its features on offer & the prices mentioned above have the potential to sweep the low budget car market in Pakistan. Instead of launching the expensive options like the HR-V which cost 3.0 million plus, Honda should work on to introduce the likes of Brio/ Jazz placed under their City sedan and capture the low budget market in Pakistan which is long dominated by obsolete, over priced & feature ripped cars.