Honda Indonesia has gifted a pair of new Honda City RS hatchbacks to Olympians Greysia Polii and Apriyani Rahayu for winning Gold medal in the recently concluded Tokyo Olympics. The two gifted cars consist of one red and one white, perfectly matching the colors of Indonesian flag. 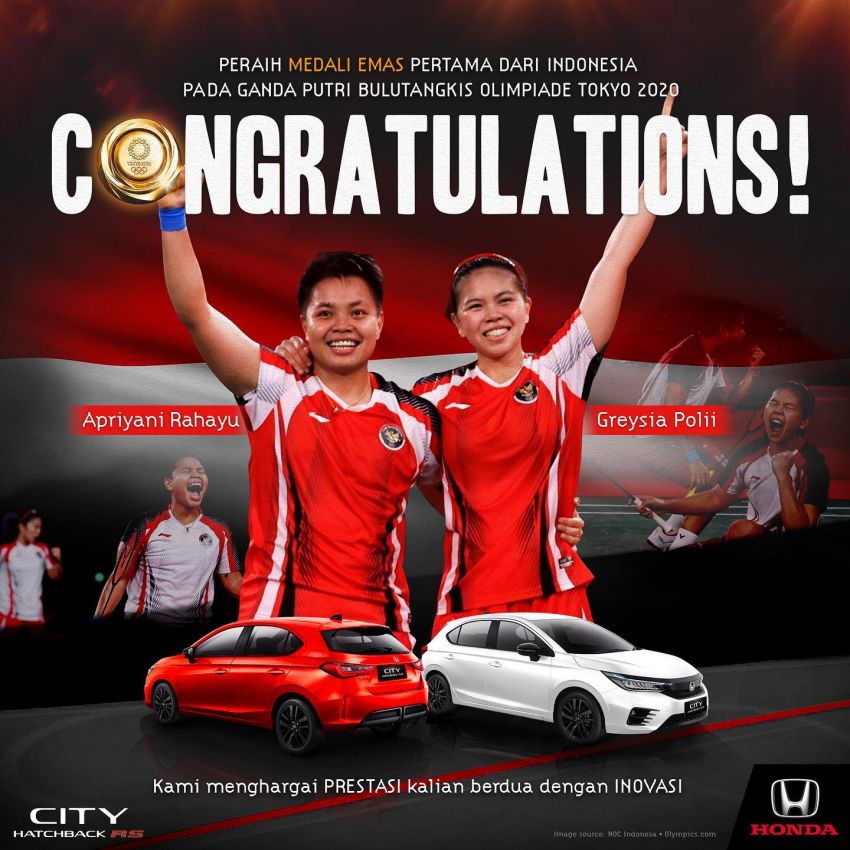 Honda said it hopes that this appreciation will raise the spirit and performance of Indonesia’s athletes as they make the nation proud. According to an official company statement:

“Honda believes that the power of dreams can push us to the highest performance. In the moment that Indonesia is celebrating its independence, this is a sign of appreciation and thanks from Honda to the nation’s warriors.”

The pair of gold medalist Olympians are also set to receive a sum of five billion rupiah, (equivalent to PKR 1 crore 13.62 lac) from the Indonesian government as reward.