At the ongoing 2020 Tokyo Auto Salon, Honda has showcased two of its most successful cars from the past, in a rather modern disguise. One is the S2000 roadster and the other is EK9 Civic Type R. 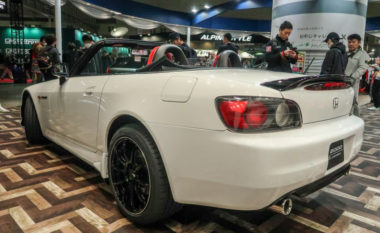 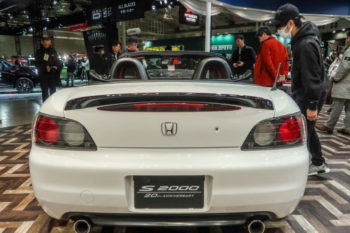 In terms of design, the S2000 20th Anniversary Prototype as they call it, remains very much true to its actual form of the late 90s, however it has mild design alterations such as re-sculpted bumpers. It wears original side skirts and a ducktail spoiler in gloss black. The black color is also on the window outlines, wing mirror caps and multi-spoke 17-inch Advan RZ2 wheels. 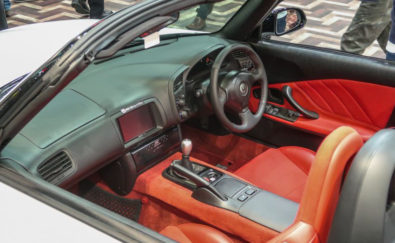 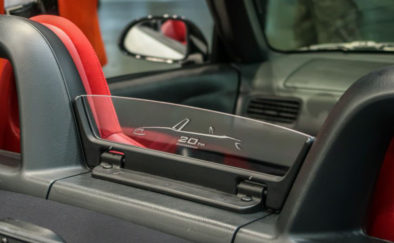 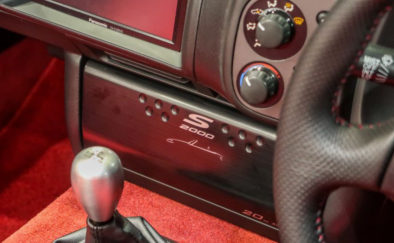 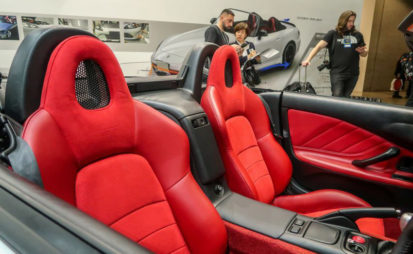 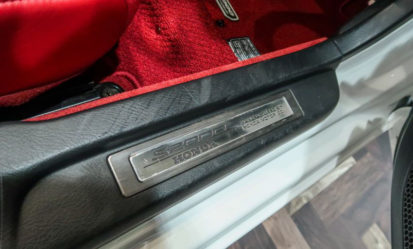 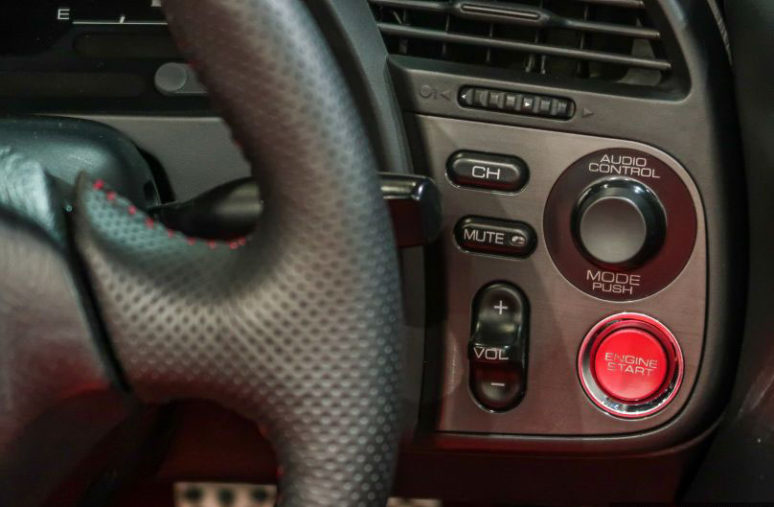 Under the hood is the F20C 2.0 liter VTEC four-cylinder engine which is good for 250 hp and 218 Nm of torque mated to a 6-speed manual shifter.

Then there is the EK9 Civic Type R concept dubbed as Civic Cyber Night Japan Cruiser– the original hot hatchback from the 90s re-imagined for 2020. The EK9 was the first Civic ever to get the Type R badge back in 1997.

In terms of appearance the Civic Cyber Night Cruiser sports a new bumper with redesigned grille and lower vents which are sharper and bolder than the original Type R’s, and there is some gloss black trim for contrast. Most of the organic-shaped headlamps have been shaded away by body color, outlined by LEDs. 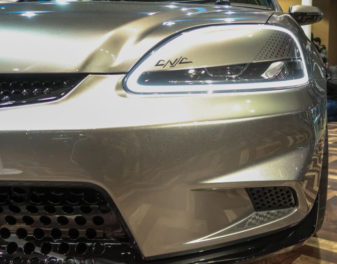 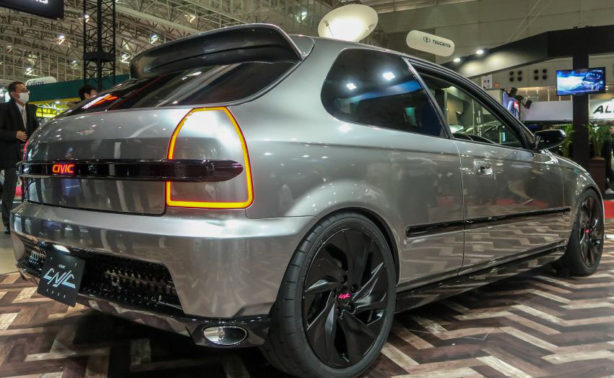 At the side, two strips of gloss black run the length of the wheelbase, and slim & sharper wing mirrors have replaced the original ones. The 17-inch wheels seem to have been taken from the current Honda Insight and are painted in all black.

Towards the back, the tail lamps have been blanked out, except for a red LED outline. The original EK9 Type R had its number plate recess on the tailgate, but this has been moved to the bumper. A black strip with illuminated Civic logo runs through the full width of the rear, cutting through the rear lights. The exhaust tips have been re-positioned to the extreme edges of the bumper. 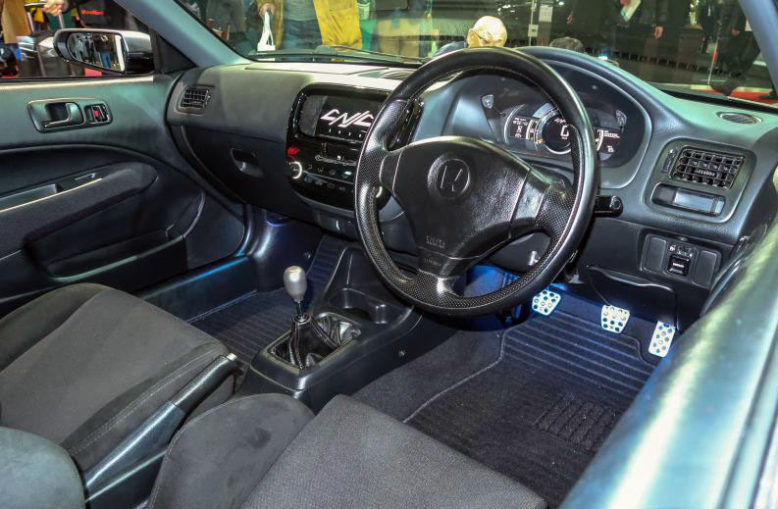 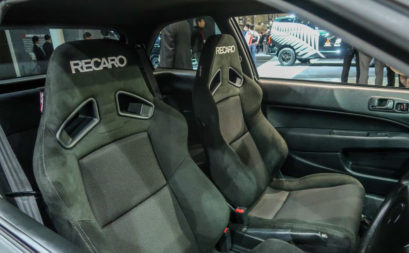 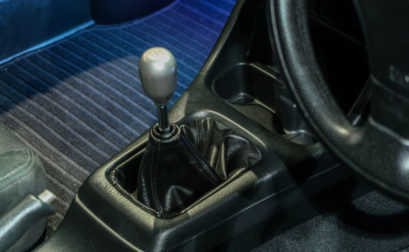 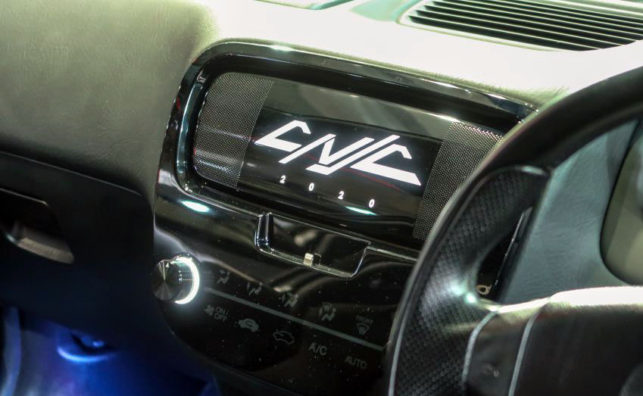 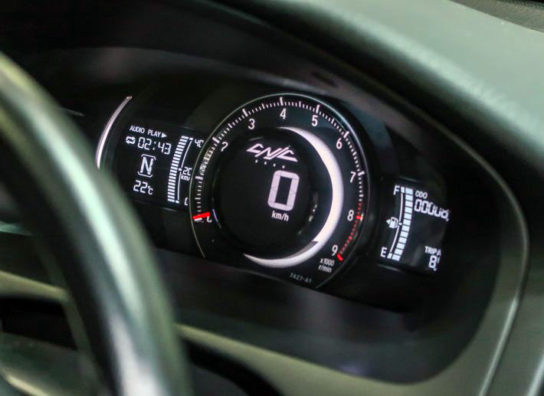 Inside, the 90s-style dashboard of the EK has been made modern by touch panel AC controls and a digital instrument cluster with analog display. Plus there are 3 pedals, a manual gear shifter and classic Recaros to give a perfect throwback.