Honda’s upcoming Urban EV electric city car has been spied testing on public roads for the first time, ahead of production scheduled to begin next year.

The Urban EV concept was first showcased at the Frankfurt motor show in September 2017 and subsequently displayed at the Geneva motor show. Honda president and CEO, Takahiro Hachigo, at the 2017 Frankfurt Motor Show had said:

“This is not some vision of the distant future; a production version of this car will be here in Europe in 2019.”

The Urban EV concept proved so popular that Honda has made very few changes to the final car’s design. The images of camouflaged prototype shows a strong resemblance to the original concept, with similar dimensions and round headlights. However, it’s evident that the car now has five doors instead of the three, while a curvier front-end design is likely due to pedestrian crash safety regulations. At the front, there is also a bulge right in the middle of the bonnet which is likely the panel that give access to the charging port. 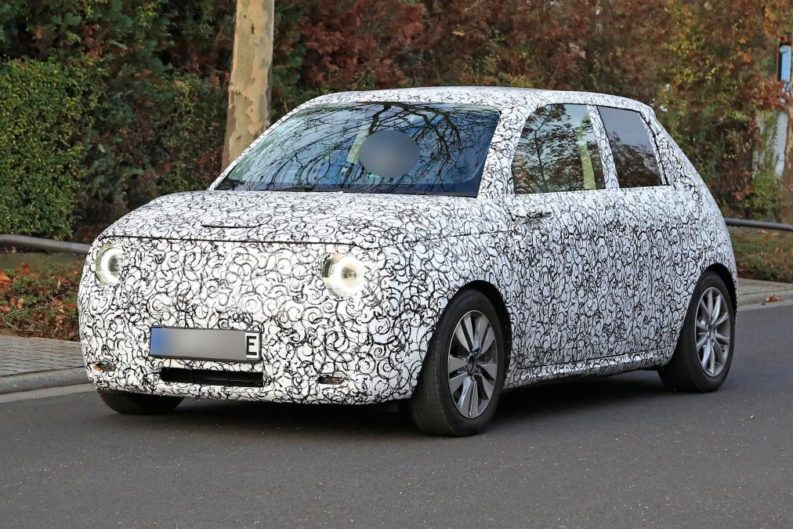 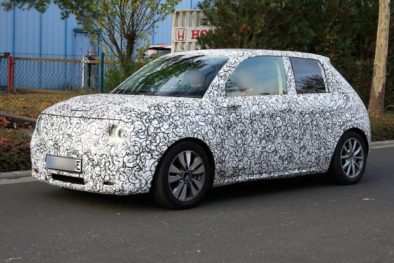 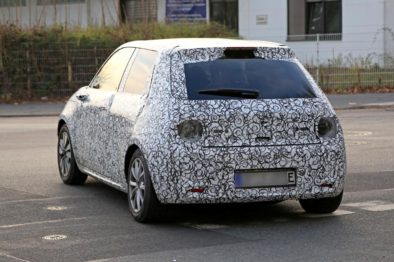 To make room for the rear doors, the front ones are now visibly narrower and open in a conventional way as opposed to the concept’s suicide doors. It looks like the flush door handles of the showcar are staying, but obviously moved to where you would normally find them on any production model with standard doors. Interestingly as in the concept, the prototype also has tiny side cameras installed instead of conventional mirrors, a feature we will likely be seeing more often in the coming years. The dashboard too, remains largely reminiscent to the concept with two led screens mounted on the extreme ends, giving the rear view thus acting as side mirrors placed within the cabin. It will be interesting to see if Honda offers these camera assisted rear view mirrors with the Urban EV in the production version too, or it will come equipped with traditional side mirrors. 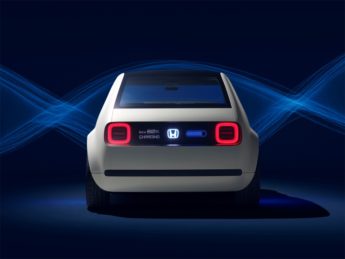 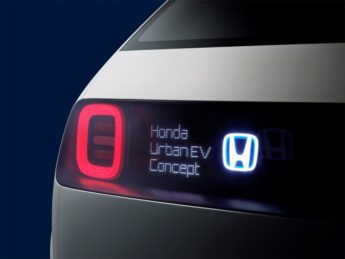 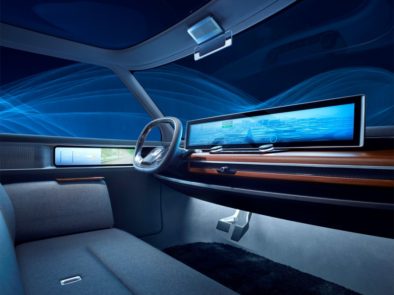 Reportedly, the Urban EV has low and wide proportions and is 100mm shorter than Honda Jazz, making it 3895mm in length. Honda hasn’t revealed any technical specifications for the Urban EV, but rumors suggest that the driving range will be around 250 kilometers. The final production version is due to be revealed at next year’s Geneva show scheduled to be held in March 2019, while the car is expected to be launched in European markets towards the end of 2019. Stay tuned to CarSpiritPK for more information..